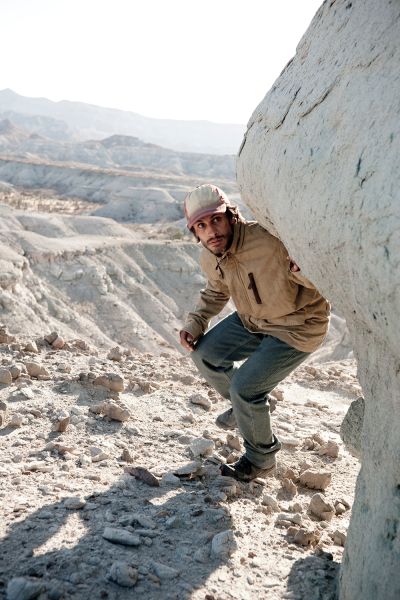 With all that demented election-campaign talk about building a wall around Mexico to shut out illegal immigrants, Desierto, a vital gasp-a-minute cat-and-mouse thriller from Jonás Cuarón, the son of acclaimed director Alfonso Cuarón who wrote his father’s film Gravity, couldn’t be more timely or relevant. It’s a nail-biter that exposes the hazards of immigration from the side of the victims, and the victims are not you and me. Politicians harp on the need to protect us from them, but who is going to protect them from us?

Gael García Bernal, in one of his best roles to date, plays Moises, one of a group of desperate immigrants seeking a better life in the land of plenty (he only wants to be reunited with his only son), but when their van breaks down and leaves them vulnerable and unprotected in a blistering wasteland this side of the border, Moises lags behind to help an injured female straggler like a Good Samaritan. They expect danger, but nothing could have prepared the ragtag band of immigrants from being stalked by a Confederate flag-waving lunatic (Jeffrey Dean Morgan) hell-bent on wiping out anyone who invades the U.S. uninvited, or the bloody carnage that follows. The physical challenges that confront this naive band of stranded Mexicans are catalogued vigorously, from the punishing heat and dehydration with a dwindling supply or any means of escape to the vigilante’s killer Belgian Malinois dog Tracker. The dog is a major player in the hunt, as well as the loyal companion of the deranged “patriot” with perverted values who has taught him to destroy human life on command. Leaping from boulders, jumping across gulches and racing through desert sands like a long-distance runner at high speed, Stephen King’s rabid Cujo couldn’t have played it better.

Surviving an armed psycho in a hostile desert landscape against all odds is familiar movie territory, explored most recently by Michael Douglas as a ruthless corporate shark pursuing his young tour guide Jeremy Irvine across the Mojave in Beyond the Reach. And sometimes Bernal’s rugged saintliness seems too good to be true, especially when he encounters a nest of deadly snakes and outwits that indestructible attack dog. But director Cuarón’s manhunt, fused with the poignant issue of immigration, pits man against unbearable forces both natural and inhuman, with results that will leave you breathless. Desierto is an action thriller that delivers unforgettable punches at a feverish pace. You won’t doze through this one. 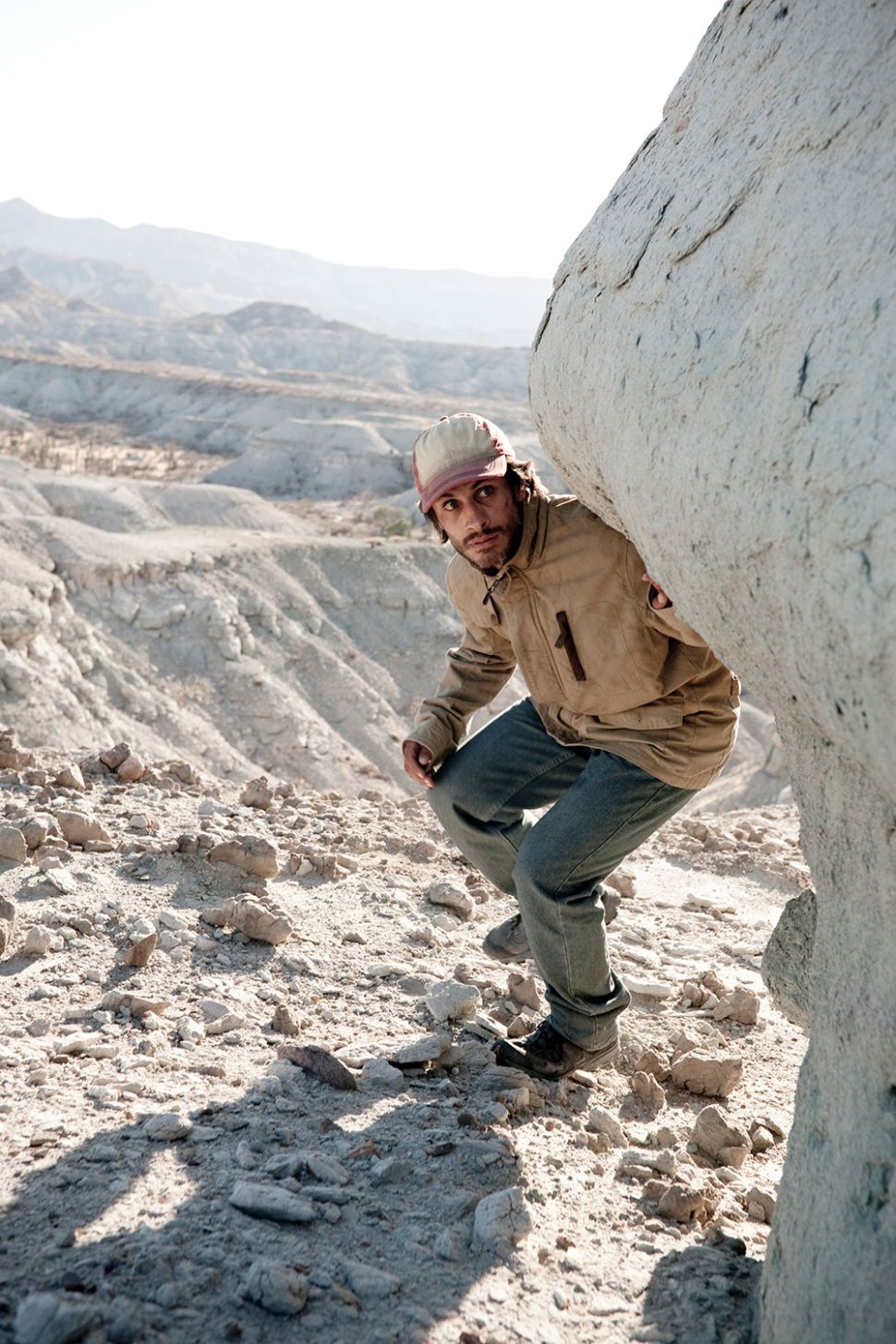