Bob Dylan has been awarded the Nobel Prize in Literature.

A part of me feels this is the ultimate manifestation of that always-annoying phenomena when some mainstream authority figure seeks to show you how “cool” they are. Dylan’s Nobel is like a super-sized version of that moment when your ninth grade English teacher thought she would be “down with you” if she played you a couple of songs from Dylan’s Greatest Hits. Dear God, do you remember how embarrassing that was?

Dylan’s Nobel nod has also resulted in a gaggle of New York Times’ writers rushing to their computers in a gulping, urgent, eye-popping frenzy that resembles a dozen office workers on their lunch break charging into Peepland in 1979, all juggling a fistful of quarters and heading for the one open booth. I find that kind of apoplexy hugely amusing, and I want to say to each and every one of those writers, “Please step away from the keyboard and listen to Stompin’ Tom Connors, ‘cos that, baby, is the real thing, and you don’t need to write a word about Stompin’ Tom, because it’s all there in the music. Give your fingers a rest. You never know when you might be called upon to combust 1,800 words on Kanye or Alan Cummings.”

On the other hand, I totally freaking get it, and I love it.

This unexpected, unrequested accolade honors the man who is, perhaps, the fundamental artist who transformed rock and pop (which was still staggering and undefined when he arrived on the scene) into a vibrant, lasting art form. Dylan did this by defacing and redefining, in the most colorful and astonishing way, the work of the well-meaning thieves who had characterized rock and folk until his arrival.

Dylan is the authentic voice of the inauthentic, and therefore, one of the prime architects of our era.

Which is all to say that it’s likely that no prize exists that could honor Bob Dylan’s incredible achievement. If you are a resident of this land of music, this unattached, un-landed nation where songs and albums thrill, inspire and comfort, you know there is no prize that could honor Bob Dylan’s invention: he made the inauthentic authentic, he gave the borrowed sound of America its own legs to stand on.

Now, I am not here to pass judgment on this; it happened, and it resulted in many beautiful and magical things. But it’s important to recall that a very substantial portion of everything we listen to has DNA that can be traced back to the stinking hulls of slave ships, the blistered and bleeding fingers of bent-backed children in the hell-hot cotton fields, the black-lunged miners in grim Appalachian shacks, and so on.

The story of white pop and rock is the story of making the authentic inauthentic in an enchanting or attractive way. True, there are musical forms in America that did not originate in the strange and lovely noises made by our republic’s willing and unwilling immigrants, but these are not necessarily relevant to the age of rock and pop. In order for that art form to survive and thrive, someone had to obscure this translation, this game of telephone, this inauthenticity, with something so original and so beautiful that it could take on a life of its own, based on but still distinct from its roots.

Bob Dylan was the king of the inauthentic. This begins well over half a century ago, when he entered New York and began spouting near-ridiculous tales of a runaway, freight-train and carny-filled youth; the entire basis of his career is a lie, an effort to appropriate the cultural inheritance of a different class. And this continues to the present day, as he reimagines himself as a mid-century cool crooner, in denial of the authentically inauthentic folk-and-blues-based songs he had sung his whole life (ironically, this most recent inauthenticity has resulted in his best work in 30 years).

The miracle is that Bob Dylan gave this inauthenticity grace, as no other artist has before; certainly, earlier pioneers like the Weavers made it sweet and rich, but they did not fill it with flame-light and depth.

Bob Dylan took the inauthentic, and out of its simple base, he made art that was easy on the ears but thrilling to the mind. He legitimized the inauthentic as, perhaps, no other songwriter ever has or ever could. I might venture to say that by investing the inauthentic with poetry and mystery, he created the foundation for the entire future of rock and pop; he showed that the inauthentic could stand on its own apart from its stolen roots. He filled the framework of the old purloined songs with remarkable, unforeseen, unimagined colors.

One of the ways Dylan did this was by uniquely integrating the electrifying tongue and soul-frying fumes of extreme and enchanting literature into the three-chord folk vocabulary. This was, I think, the primary manner in which he transitioned the polite thievery of the folk revival into an entirely new genre that would change everything.

When Dylan began injecting Joycean/Ginsbergian word tumbles into the simple chords of the old folk songs, he wasn’t just Columbus, landing on an existing continent, claiming it as his own and implicitly labeling all the existing cultures as savages (this was the risk most white folk singers took, much as white rappers take a similar risk today)—he was Columbus, landing on an existing continent and immediately building beautiful new skyscrapers, full of charming, enthralling ambiguity and absolute magic.

On the foundation of the inauthentic he built something original and exquisite, and the potential of the rock era exploded.

If the earlier folk singers (and especially the original African-American, Hillbilly and Cajun singers the folk movement revered, revived and whitened) had made music built on the premise of three chords and the truth, Dylan opened up the door to three chords and a dream. Nothing was ever the same.

Which is all to say that it’s likely that no prize that exists that could honor Bob Dylan’s incredible achievement.

If you are a resident of this land of music, this unattached, un-landed nation where songs and albums thrill, inspire and comfort, you know there is no prize that could honor Bob Dylan’s invention: he made the inauthentic authentic, he gave the borrowed sound of young America its own legs to stand on.

Having said all that: Should Bob Dylan have been awarded the Nobel Prize for Literature? Naah, probably not. God forbid anyone should be encouraged, for any reason, to attempt to read Tarantula, the Sandinista! of rockstar books.

O.K., back to listening to Stompin’ Tom Connors. 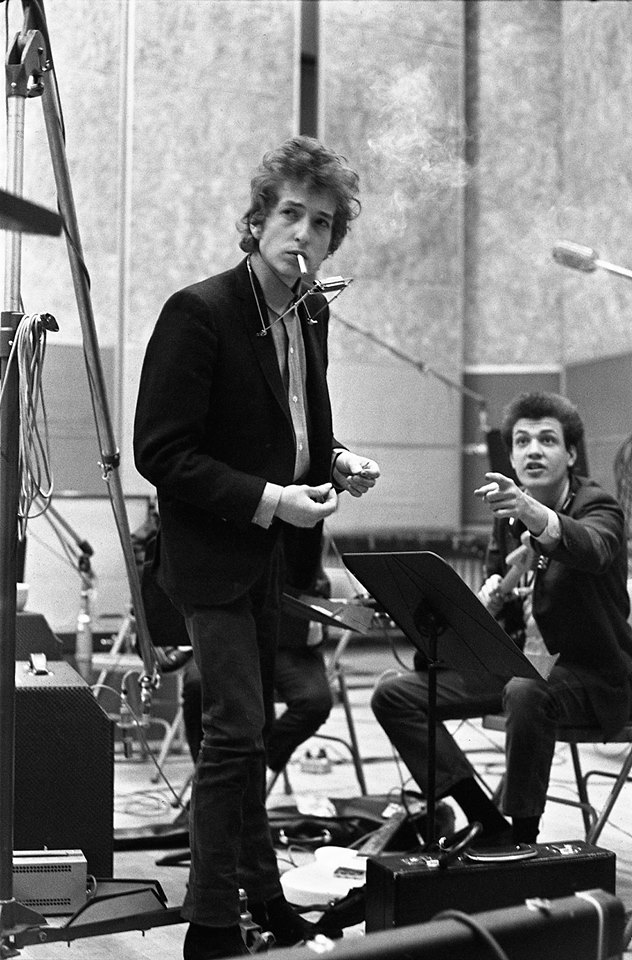