Shortly after the Democratic Primaries, attorneys Jared Beck and Elizabeth Beck, Harvard and Yale Law School graduates, filed a class action lawsuit against the Democratic National Committee and disgraced former DNC chair, Debbie Wasserman Schultz, for the millions of Bernie Sanders supporters they allegedly suppressed and silenced. The latest Wikileaks releases of Clinton campaign chair John Podesta’s emails has revealed further evidence that the scales were heavily tipped in favor of Hillary Clinton by both the DNC and the mainstream media.

“The latest documents provided by Wikileaks confirm and add considerable detail to what prior leaks have disclosed: that the DNC was actively working to undermine Bernie Sanders’ campaign while colluding with the Hillary Clinton campaign behind the scenes,” Jared Beck told the Observer. “This is further evidence in support of our lawsuit, which seeks to hold the DNC and Debbie Wasserman Schultz accountable under the law for their failure to ensure a fair and neutral presidential nominating process.”

The latest leaks include evidence current DNC interim chair Donna Brazile forwarded the Clinton campaign information about the Sanders campaign while she served as DNC vice chair and was obligated to remain neutral per the DNC Charter. Brazile also tipped off the Clinton campaign to a planned question on the death penalty the day before a Democratic town hall on CNN. “As soon as the nomination is wrapped up, I will be your biggest surrogate,” Brazile wrote to Podesta in a January 2016 email.

In a March 2015 email, Clinton campaign manager Robby Mook expressed frustration that DNC chair Debbie Wasserman Schultz hired a Convention CEO without discussing it first with the Clinton campaign. “I’m distressed that DWS hired a convention CEO without consulting us after Charlie and I both told them repeatedly that we expected to be >consulted—and we were under the impression they would,” wrote Mook. “Madame Secretary, I’m not going to call anyone or say anything until you have your conversation with DWS, but this concerns me a lot. John—you, Charlie and I may need to sit down with Debbie to make clear how we want things to change/improve before we are willing to consider playing ball with them.” The email suggests the Clinton campaign coordinated with the DNC early on, as Mook reacted angrily to the slightest sign of the DNC functioning autonomously.

While many mainstream media outlets simply refuse to cover the content of the Wikileaks emails, other Clinton-supporting journalists propagate Russian conspiracy theories regarding the revelations. In August, Politico first reported top Democratic leaders planned to claim future Wikileaks releases were doctored by the Russians as a method of damage control. At first, those claims were made and then spread as a means to control the negative publicity rendered by the content of the emails. Despite the authenticity of the emails—confirmed by those implicated in it defending themselves, including Hillary Clinton herself—and many Clinton supporters and their counterparts in the media assert the content of the leaks are false because it fits their narrative that Clinton is infallible.

“But while Donald Trump’s candidacy poses grave dangers, so does group-think righteousness, particularly when it engulfs those with the greatest influence,” wrote Glenn Greenwald in a recent article for The Intercept. “The problem is that none of this is going to vanish after the election. This election-year machine that has been constructed based on elite unity in support of Clinton—casually dismissing inconvenient facts as fraudulent to make them disappear, branding critics and adversaries as tools or agents of an Enemy Power bent on destroying America—is a powerful one. As is seen here, it is capable of implanting any narrative, no matter how false; demonizing any critic, no matter how baseless; and riling up people to believe they’re under attack.”

Many of these new revelations that demonstrate the DNC and Clinton campaign worked together against Bernie Sanders are being cited in the class action lawsuit against the DNC, in addition to evidence revealed in earlier Guccifer 2.0 and Wikileaks releases. While Clinton supporters and Democratic leaders continue to downplay, ignore, and claim these revelations are false, the class action lawsuit provides an outlet for Sanders supporters to convey—on record—that the DNC subverted democracy to ensure Hillary Clinton was their presidential nominee. 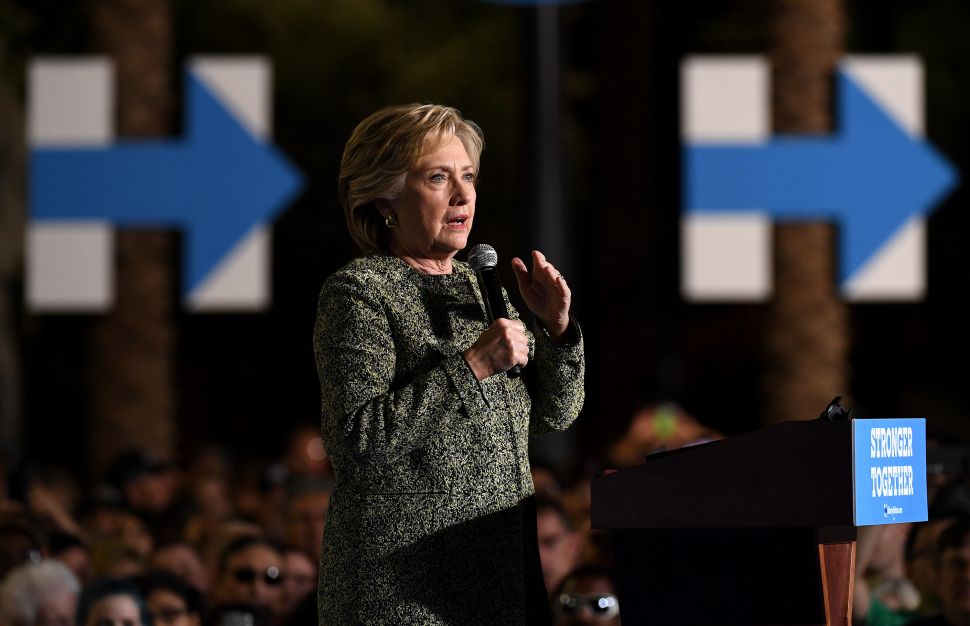