It’s a common phrase, ‘Desperate times call for desperate measures.’ The question is, what do YOU consider desperate?

Apparently some people feel extreme anxiety about their kids getting into a good, respectable college, so much so that they’re willing to take outrageous measures to secure admission into a prestigious school.

But interestingly, this isn’t the central theme of this episode of SVU. The question of the hour is really set up as: Does lying about your true identity in order to have sex constitute rape?

During this hour, the issues of desperation and identity are linked in an unexpected, and unfortunately, not always believable, manner.

As the episode opens, the detectives are in a hotel where a woman, Laura Collette, has overdosed. They’ve been called in because her texts from that night indicate that she may have been assaulted. She’d sent one to a guy saying, “best sex ever” and then another just 10 minutes later to the same man saying that he raped her.

When she regains conscious, the detectives quickly learn that Laura was pissed because she thought she was having sex with a man she believed was in charge of admissions at the (suddenly exalted?) Hudson University. Her goal was for the encounter to secure her son a spot in the next class at the university. However, minutes after their tryst, she learned that he was not who he said he was.

Benson’s mind churning, she quickly surmises that since Laura didn’t know the man’s true identity she couldn’t have consented to having sex with him.

After some investigating, the team discovers that the man, Tom Metcalf, is actually just a security guard at the university and that he’s tricked several women into sleeping using his ‘university admissions official’ ruse.

As the SVU team discusses the case amongst themselves, there are differing opinions about men lying to women to get them into bed. Fin admits to using the tactic back in the day ‘in the club,’ Rollins and Carisi agree it’s disgusting but are unsure about when this tactic switches from merely being deceitful to actually breaking the law.

When Benson takes the case to Barba he says that in fact there is no law against misrepresenting yourself in order to have sex with someone. But….. Barba takes it to court anyway where he’s scolded by the judge for doing so.

After a bit more legal maneuvering by both sides, the judge strongly suggests that since there really is no legal precedent for this he wants the two parties to work out a deal.

Benson is unhappy when Barba reveals that the best charge he could secure against Tom was a misdemeanor.

When she can’t reach Laura by phone to tell her about the deal, Benson goes to Laura’s brownstone only to discover then Laura’s son, for whom she did all of this, has jumped from the roof and taken his own life.

While this was far from being an incredibly ‘wild ride’ episode, what makes it sort of unique is the, well, for lack of a better phrase, ‘The Disgusting Factor.’

Yes, what Tom did was completely reprehensible, but what about the women, (yes, there were several in addition to Laura) who slept with him? What they did was pretty stomach churning as well — they all consented to sex with him expecting to get something out of it.

It’s a bit hard to feel for these women. Trading sex for something does happen. But is it better or worse that in this case it’s not for actual cash? These are not women who have to do this to survive or feed their kids. The conscious act of deciding to have sex with this guy, not for the reason of survival but for the reason given, seems pretty repulsive.

The women did not misrepresent themselves but they did expect something in exchange for sex, and sex in exchange for anything is a form of prostitution, right? So in this situation, it’s deceit by false identity versus bartering via sex – neither of which makes it feel everyone involved is at fault for what happened.

Another note of confusion in this episode occurred when it was revealed that none of the women involved in this case seemed to actual take the time to confirm that this man was actually who he said he was prior to sleeping with him. Benson did ask Laura if she’d Googled him or looked him up, and she says she did but is then pretty unclear about her process for checking him out.

It makes sense that the women didn’t want to confess in open court that they’d fallen for this scam. Not only would they have to admit that they slept with this smug, gross guy, but they would also have to admit that they didn’t thoroughly vet him prior to putting out (which given the current status of the digital world is a pretty big, and many people think, an incredibly stupid thing to do.) This could obviously hurt the women’s credibility in court.

And just why did Barba agree to take this to court? Is it because Benson basically told him to? Yes, Barba does seem to love a good challenge, especially something that’s timely and bumps the rigidity of the legal system, but given that there was really no foundation in the law for trying this case, it’s hard to swallow that he’d actually move forward with it.

While the end was tragic, it sadly, just didn’t feel earned. It seemed like viewers were meant to think that Laura was the one who took her own life, when in fact it was her son Justin. But, to make us feel for him, and for her really, we needed to see more of his breakdown upon learning about what he’s mother had done. Laura, at one point, tells Benson that her marriage is in shambles and that her son can barely look at her (and yet there he is in court every day. Why exactly?) For this aspect of the storyline to evoke some emotion in the viewers we needed to see all of this to feel more for her, and Justin, at the end. This was a clear cut case of show us, don’t just tell us.

In the storyline main storyline here, in a twist of irony, Tom seemed perfectly content with his true identity, the deceptive part of it included, while Laura was, and rightfully so, questioning her identity at every turn. Was she really a woman who would participate in such a sick transaction? Apparently the answer to that was yes. And therein lies the conundrum of understanding oneself and what you’re capable of, and comfortable doing in any and all situations. That’s some confusing stuff if you think about it.

Other tidbits included in the hour that stood out a bit – Carisi meeting with a Brooklyn D.A…. and Benson knowing about it, Benson mentioning that Noah is behind in his language skills, and didn’t it seem like Carisi was everywhere in this investigation? His growing confidence, and conflicted thoughts about his career path no doubt will come to a head soon, just Noah’s troubles will indeed surface again as well. Those are some threads there my friends and when there are stray threads, some unraveling is sure to follow.

This episode, while a bit repulsive in some ways, did justly explore the intersection of desperation, identity, and poor decision-making in a compelling manner. It was uncomfortable to watch, but not without merit in explaining just how identity, or the perception of our identity, by ourselves and by others, shapes so much. If nothing else, this installment planted the seed for all to think about some important issues – like who you think you are, who others think you are and how to reconcile those two, possibly vastly different, perceptions. Exactly how you do that, will really show you, and others, your true identity.

That’s a pretty powerful idea gleaned from an hour-long procedural drama, right? Well, it’s really up to you to decide. 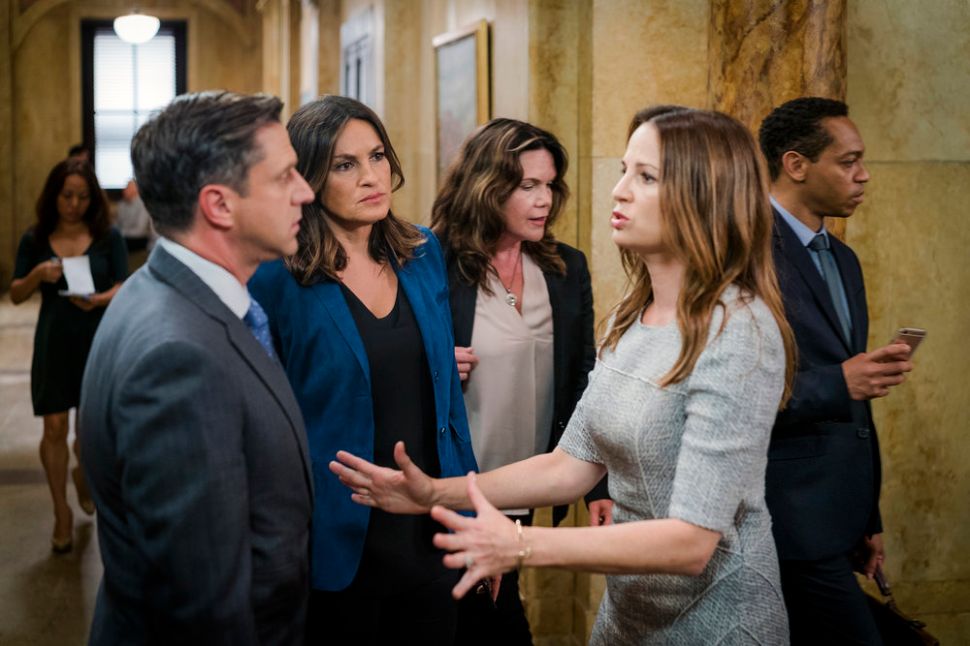