Anchorman is one of my favorite movies. Part of the film’s enduring value lies in its many quotable lines. I could just text the words “Sex Panther” to twenty-five people and chances are most would reply with statistics on the cologne’s efficacy. But my favorite line and exchange from the film happens when Ron Burgundy and the Channel 5 News Team get word of upcoming changes.

Station Director Ed Harken informs the team that the network is looking for a new anchor. “I’m sure many of you have been hearing the network affiliates complain about diversity on the news team” he says. Champ Kind, looking visibly confused and hungover blurts out “What in the hell is diversity?”

Ron Burgundy, the titular character tries his best to answer Champ’s question and says “Well I could be wrong, but I believe diversity is an old, old, wooden ship that was used during the Civil War.”

I’ve been to diversity training before and done my fair share of reading about the topic, and I can tell you, this is not the worst definition I have ever heard.  To Ron’s credit, evidence has yet to surface that there was not a wooden ship named Diversity.

Last year former Twitter engineer Leslie Miley wrote about Twitter’s lack of diversity and cited it as one of his reasons for leaving the company. Earlier this year, former Reddit CEO Ellen Pao and Pinterest’s Tracy Chou started a nonprofit called Project Include. Their goal is to help startups take proper steps to hire more women and minorities.

While these essays and initiatives have noble intentions, I cannot help but be bothered by their execution. It’s a very interesting position for me to be in. After all, I’m the son of Mexican immigrants and if statistics are to be believed, while I am not exactly Jackie Robinson, I am one of only a few Hispanics in the tech sector. It’s weird to see yourself as a statistic, but being that I am one, I don’t think it’s inappropriate for me to say that  Project Include and the other activists are missing the mark.  They place too much credence on race as a measure of diversity. When we obsess over race and for an “even” playing field, we more often than not make it worse for people who actually need help.

It’s easy to see a lack of diversity in tech when we say it’s predominately “middle aged white men.” But if we look deeper into this designation of “white” we have the potential to see diversity. As Marc Andreessen points out, most startups look like the United Nations internally.

First, apparently Asian doesn’t count as diverse. And then “white”: When you actually go in these companies, what you find is it’s American people, but it’s also Russians, and Eastern Europeans, and French, and German, and British. And then there are the Chinese, Japanese, Koreans, Thais, Indonesians, and Vietnamese. All these different countries, all these different cultures.

It may very well be that even this national diversity isn’t enough, but I want us to look beyond race for causation. Diversity has more than one definition.

Peter Thiel recently apologized for crude and insensitive comments he made in his 1996 book, The Diversity Myth which was about multiculturalism on college campuses at the time. While his rape comments were completely out of line, his criticism of political correctness rings true as much today as it did in 1996, when the book was first published.

“Campuses are full of people who look different but think alike. That is not real diversity, but pseudo-diversity. Real diversity requires a diversity of ideas, not simply like minded activist who resemble the bar scene of Star Wars.”

The authors pull no punches but they have a point. To quantify diversity by race or skin color is lazy and disrespectful. I’m not asking nor arguing we have less diversity. No, instead I challenge us to widen our scope and view diversity from an additional vantage point, one where race is but a way a person can be diverse and not the sole factor. In fact, in an ever more multicultural society, race may be the least important factor in how we differentiate ourselves.

I’m a Chicano, a Mexican American or whatever buzzword we’re using nowadays to describe the fact my parents immigrated from Mexico. I joke around and make fun of the “white” memes with my siblings and friends. Yet when I travel to Latin America, I’m unequivocally categorized as the gringo or white guy, because I grew up in the United States and have similar cultural references with other millennial Americans, regardless of city or state of origin. As writer Nassim Taleb said in The Black Swan, “…a philosopher from Peru resembles a philosopher from Scotland more than a janitor from Peru.” It’s why I can relate to Aziz Ansari’s experiences as the son of immigrants, for example. I’m not Indian and we don’t look remotely the same but we relate and share that common experience.

I’m multilingual and so even if you speak Mandarin, English and Swahili, I can relate to you because I know what it is like to think in one language and dream in another. Our connections, our empathy changes depending on who we talk to. It isn’t that we’re a different person, it’s that we’re different persons. We’re a collection of experiences and those are not limited nor defined by race.

If we really want diversity in the workplace then we need to look beyond the obvious “diversifiers.” Selassie quotes academic William Deresiewicz in saying  “students think that their environment is diverse if one comes from Missouri and another from Pakistan—never mind that all of their parents are doctors or bankers.”

You could certainly have more black engineers or Latino sales managers. But if your goal is “diversity”, whatever the hell that means to you, then what good is it, if those engineers went to the same schools and came from similar workplaces? Hire college dropouts. Look more closely at international candidates. Go talk to kids in Junior Colleges. If you need a VP of Sales for your new startup, interview an investment banker. Seek out diverse experiences and not just diverse skin colors.

Programs like Defy Ventures and the Neighborhood Start Fund understand that lack of access and lack of opportunity is first and foremost a socio economic problem. Those who need help may very well be people of color, but that’s ancillary to the main point of them coming from underprivileged and underrepresented communities like Jamaica Queens or the Lawndale neighborhood in Chicago.

It feels like we’re often treating symptoms like problems and in the process, we inadvertently propagate the victim mentality amongst the people we’re trying to help. What we’re communicating is “oh because you’re a person of color, you’re going to have a very hard time getting the jobs and opportunities you want.” Unfortunately, that may very well be the case. But what good does it do to remind people of their misfortune? What good does it do to take the locus of control away from them and give it to an esoteric, fleeting thing called “society?”

Really, the only time I felt like a disadvantaged minority is when I’m reminded of it, as if it were important or relevant to the work I am doing. I cringe when someone asks me “What is it like being one of the few Mexican Americans in tech?” Never mind that I’m from Modesto, the home of George Lucas and Jeremy Renner.

I understand that people , especially activists,  mean well. We want to help those with disadvantages. The problem though, is more often than not we make it worse. On the Tim Ferriss Show, Tribe author Sebastian Junger said “…I think our society takes people who are unfortunate, who have experienced something difficult and in a misguided way, to make the world right again, we classify them as victims.”

Junger was referring specifically to US Veterans. But I think his words apply to the workforce just as much. We’re turning race or gender into a crutch being used as an excuse for real or perceived failures. So instead, “I need to work harder” becomes “well of course I failed. I’m an underrepresented minority” and that’s a dangerous train of thought, one that can set back people more so than empowerment.

I am not arguing nor saying racism doesn’t exist. Unfortunately it’s still a part of our world and I’m not yet educated enough to list out and try to understand why that is so. What instead I hope to do is to get us to view diversity differently. I would love for the conversation to evolve to a point where we view race as but a tiny factor in how we view each other and ourselves. I think diversity is beautiful. I’m fascinated by the differences that make us the same. It’s why I don’t want to see it cheapened by our collective obsession over race. My goal isn’t to prove Ellen Pao or Leslie Miley wrong. Because they seem like good people trying to do great things. I just hope to add a new idea to the conversation. Because well, I’m like Che Guevara with bling on, I’m complex. Just like everyone else.

Eric M. Ruiz is a NYC based writer from Modesto, CA. He helped launch Waze Ads in Latin America and now focuses on exploring and writing about the differences that make us the same. He thinks in English but hugs in Spanish. 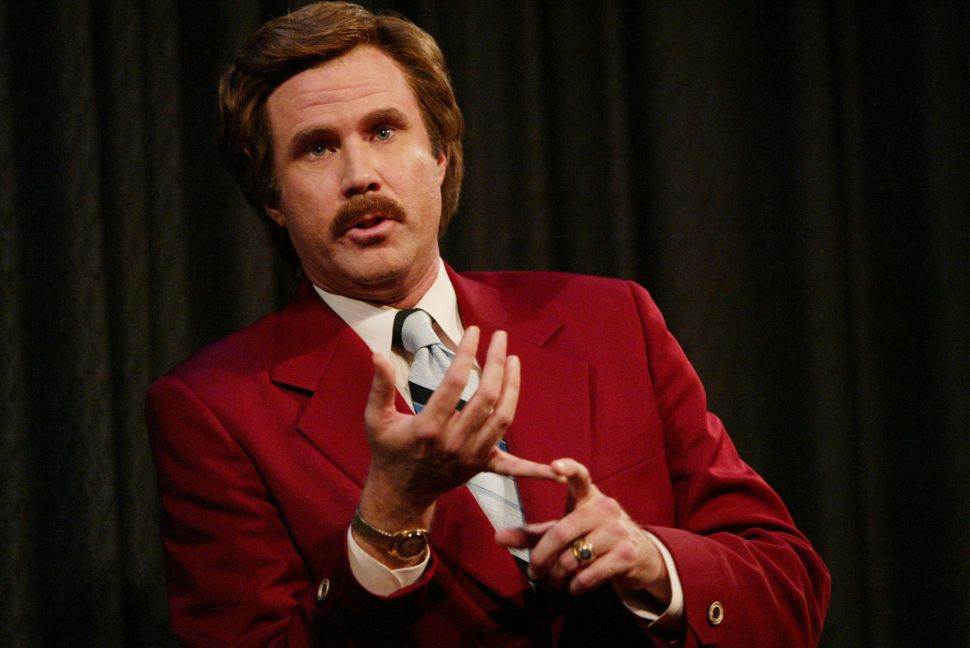