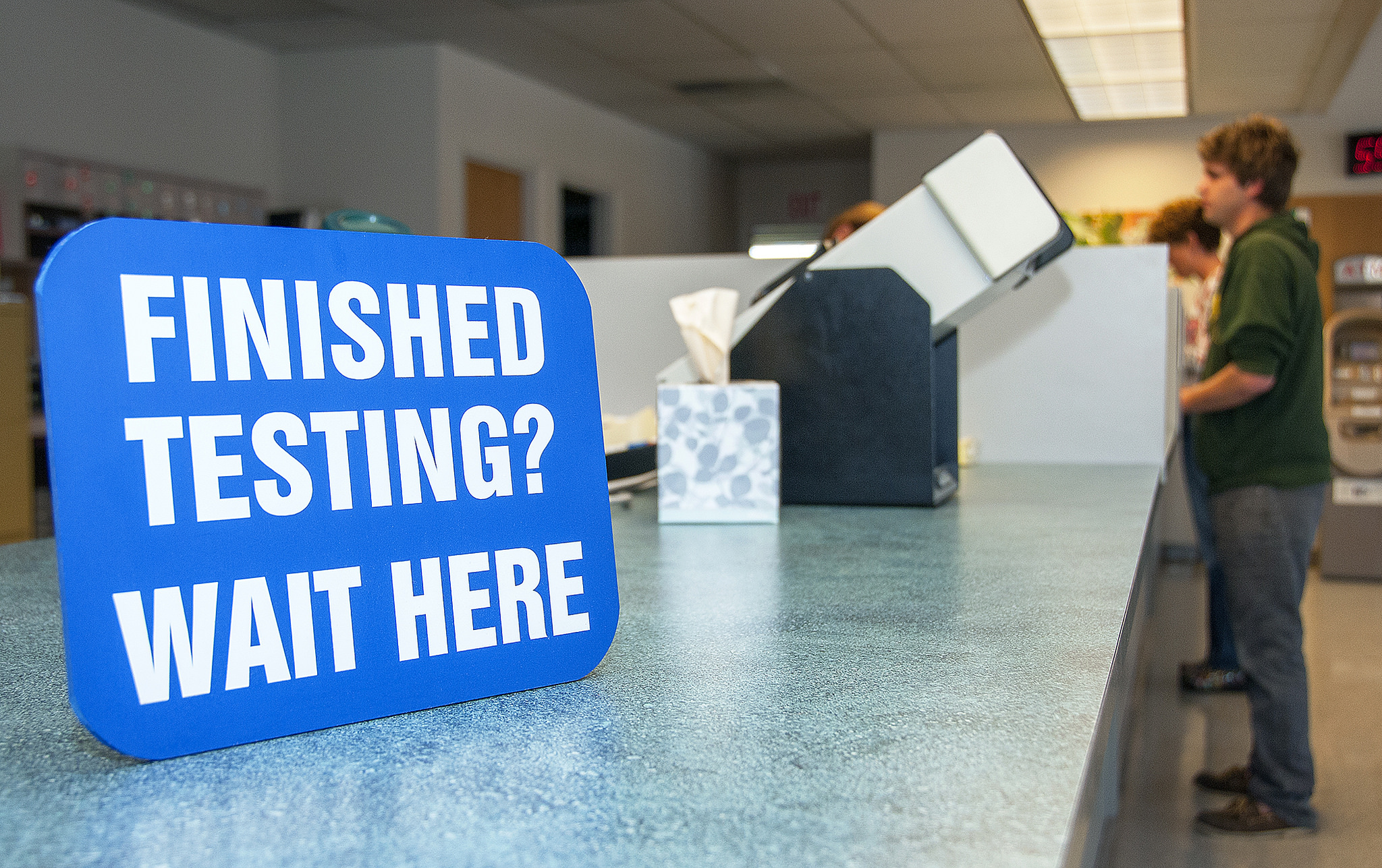 Think how much faster registration could be with bots. Fox

In “Zootopia,” a Disney crime mystery with anthropomorphic animals, one of my favorite scenes unfolds at a DMV. Bunny policewoman Judy Hopps and Nick Wilde, a sharp-witted fox, politely ask the sloth receptionist to check a license plate. But when Wilde’s jokes slow the sloth to a crawl, Hopps’ patience wears thin, frustrated that a criminal is getting away.

The joke works because everyone knows it sucks to deal with the government. Something as simple as getting extra trash picked up or a streetlight fixed becomes a time-sucking labyrinth of phone calls, letters, board meetings, and paperwork.

Business owners understand the struggle most of all. I accidentally opened Pandora’s box of California regulators when moving Yeti from Boston to San Francisco. Over the course of a year, I had to complete an astronomical amount of paperwork at San Francisco’s city hall and the state capital before paying an arm and a leg to file it.

So next time you’re stuck waiting at the post office, DMV, courthouse, or any other government facility, ask yourself, “Couldn’t some friendly robot helpers make things better?”

Think how much faster business registration could be with bots. Do a quick search for “how to register a business in California,” and you’ll see my plight: I had to complete paperwork with the Governor’s Office of Business & Economic Development, the California Secretary of State, the State of California Franchise Tax Board, the California State Board of Equalization, and more.

If each of these agencies had an on-site chatbot, it could provide the forms, options for submittal, and associated deadlines. Just download the documents, fill them out, and re-upload them. The bot could instantly check for errors and missed fields, then estimate the time until a human could review it. Using automated emails, it could request additional information or communicate approvals. No afternoons wasted in line, dealing with pushy clerks, or paying massive filing fees.

Or what about vehicle registration? Although the national average DMV wait time is 34 minutes — enough to squander a lunch break — some drivers spend four hours waiting for service. West Virginia’s DMVs are the nation’s slowest, where patrons can expect to wait more than an hour for plate renewal.

Why Robots Should Run the Show

With chatbots, we’re well past the point of technological possibility. Civic interactions could be so much easier with artificially intelligent bots at the forefront of government.

1. Government websites need work. Just look at Oregon’s DMV website. To be frank, it looks like an abandoned website from the 1990s, and the confusing, jumbled hyperlinks are practically forcing you to wait in line.

Need to pay your taxes? The Oregon Department of Revenue’s site is just as bewildering. It’s supposed to help taxpayers and government professionals with the tax process, but it’s a maze of confusion all on its own.

The problem with these government sites is that they’re designed to accommodate all use cases. Chatbots, though, work as personal site chauffeurs to eliminate guess-and-click navigation. By asking questions, they determine and deliver the specific information the user needs.

They’re also accessible to governments and users. The technology is relatively easy to program and can be rolled out slowly, just like the DMV likes it. To help patrons, chatbots can be programmed multilingually, as well as to give audible directions and adjust text sizes. They can also stay on 24/7.

2. Chatbots are inexpensive. California’s government is notorious for inefficient technology spending. The Sunshine State blew $50 million on a faulty tech project back in 1994 under Governor Pete Wilson, and Y2K-level crashes plagued its computers as recently as August 2012. Let’s also not forget the $208 million “IT modernization project” that was canceled in 2013, after seven years of sloth-speed upgrades.

But don’t worry about all that: The DMV has you covered with the California Driver Handbook now available on mobile. Thanks, DMV — and because I can’t use my phone while I’m driving, you literally gave me more homework.

Regardless, a mobile driver’s handbook doesn’t solve the core issue. The DMV’s touchscreen terminal improvements this past spring helped, but the rest of the world has used touchscreens for half a century.

Chatbots, though, are cheap. They cost, in many cases, under a $1 million to build and can be tested by certain agencies or markets before others. They don’t need health insurance, they can’t quit after an irate customer, and they don’t earn paychecks.

3. Chatbots free up workers for reassignment. The IRS logs about 15.6 million visits per week by people seeking tax information. Chatbots could handle these queries with ease, but people are fielding them instead.

Why not put those people to work in government jobs that require the human touch? God knows our country needs more firefighters, teachers, and park personnel. Or employees could be retrained to improve the national government’s other websites, widely hailed as the potholes and broken streetlights of the web.

Chatbots represent a rare chance for governments to make people on both sides of the aisle happy. Across the nation, they could mean more small businesses, less painful DMVs, fewer operational costs, and more workers in much-needed agencies. Forget Trump and Clinton. Come Nov. 8, I’m cheering for chatbots.

Tony Scherba is the president and a founding partner of Yeti LLC, a product-focused development and design studio in San Francisco. Tony has been building software since his teen years, and he has led product development efforts for global brands such as Google, Westfield Labs, JBL, MIT, and Sony PlayStation. Tony and the Yeti team work to develop game-changing products through rapid prototyping and product design. 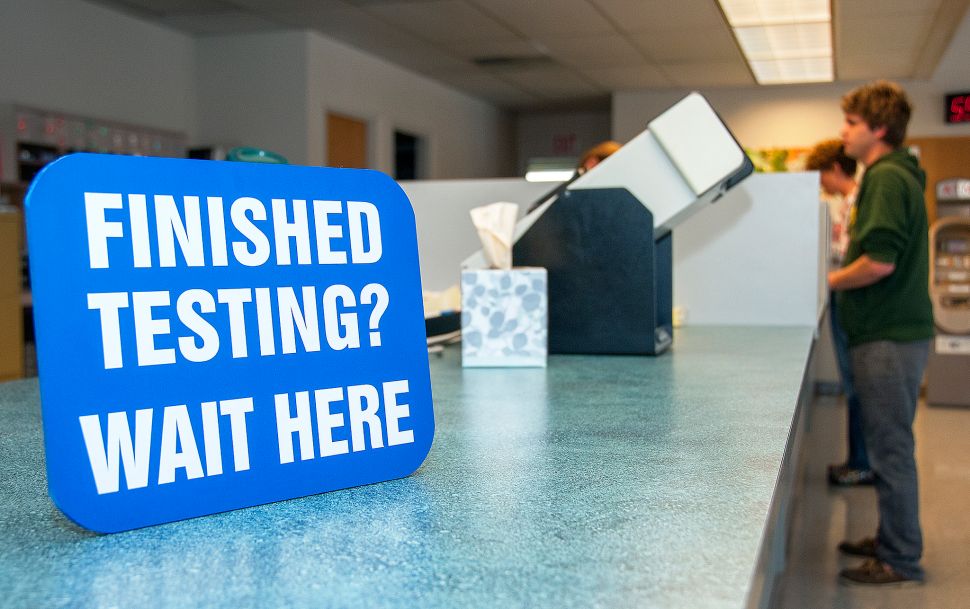