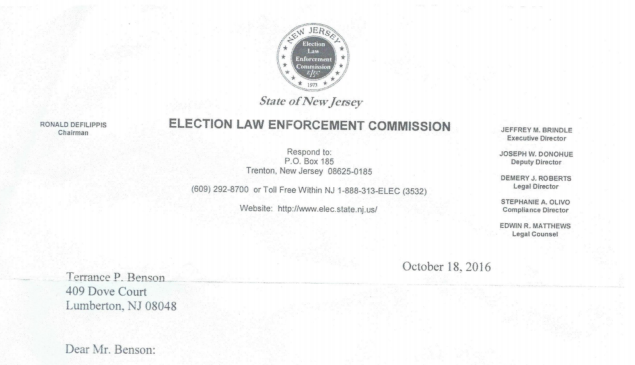 Following an initial ELEC complaint that caused one incumbent city councilman to drop out of the race for his own reelection, state officials will be conducting an investigation into the Lumberton Township Committee as a whole. Mike Dinneen, who would have gone up against Democrat Terrance P. Benson to keep his seat, bowed out in August.

“The State’s decision to investigate the blatant violations of my opponent’s Republican allies speaks volumes about the toxic political culture and climate in Lumberton,” Benson said of that decision. “I’m confident our State investigators will leave no stone unturned and justice will be done on behalf of the township’s hardworking taxpayers.”

The limit for contributions from one candidate committee to another is $8,200. 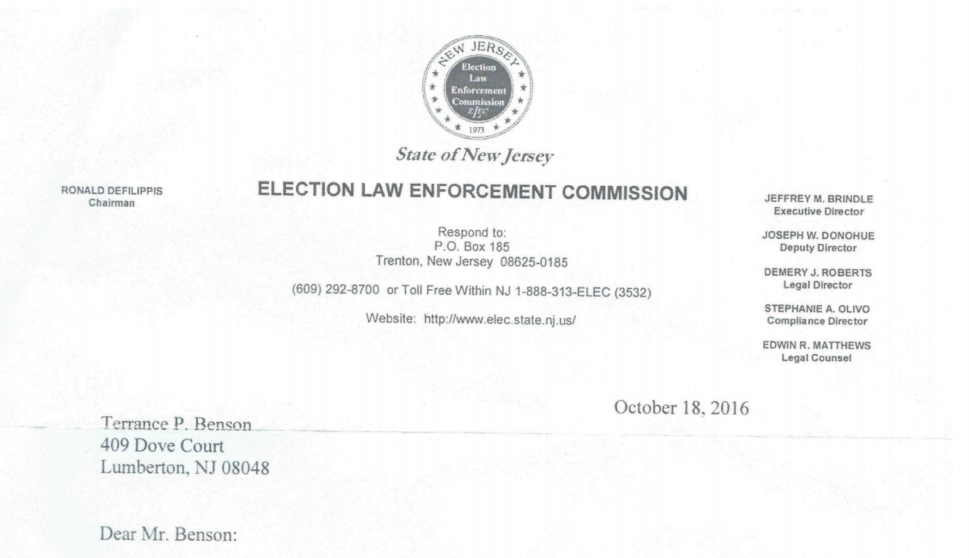