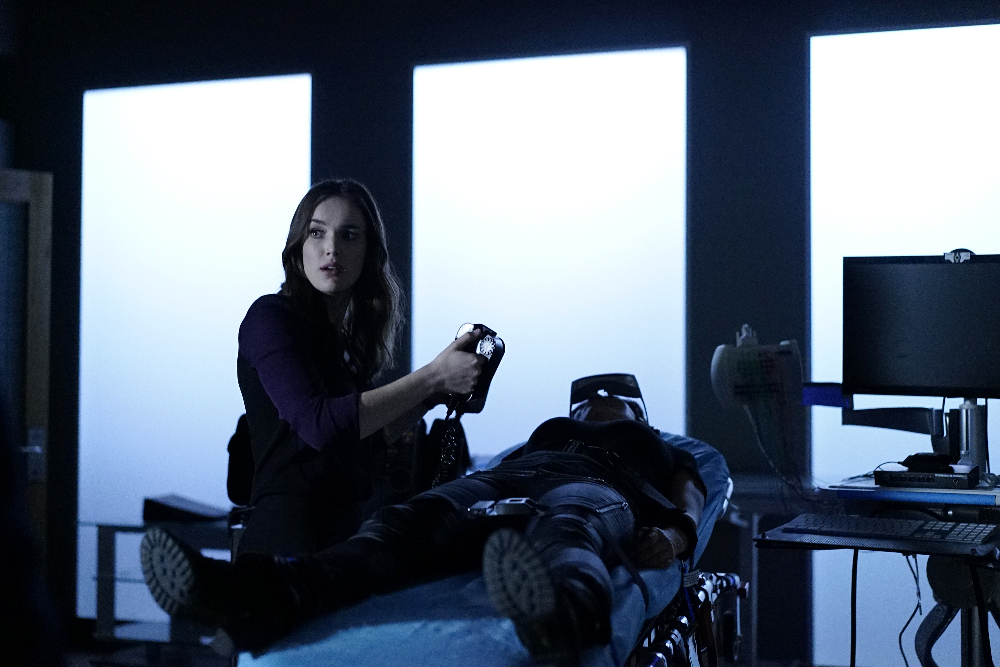 I’m starting this recap with a bang so you’ll have to keep reading because obviously there must be more to that story.

The third episode of the season “Uprising” starts in Miami, so you know something wacky is going to happen. Yo-Yo Rodriguez is enjoying some close-up magic at a bachelorette party while actively avoiding phone calls from Mack. That is until a massive black out occurs and plunges the entire city into darkness. It even affects a passing-by helicopter and sends it crashing into a building.

Besides the Ghost Rider-influenced firey opening credits, there is also some glitchy distortion added this episode and a Mr. Robot-style video to go along with it. Turns out some Inhumans have started a resistance group. They are demanding to be treated as equals and to end registration. The registration of course referring to the Sokovia Accords from Captain America: Civil War where all vigilante and enhanced humans must register their identity with the United Nations. In the comics, registering your identity was a problem for many heroes, as it would put their family and friends at risk. Seeing some fallout from the Accords is great because we didn’t get to see the full extent of the legislation in the movie.

New S.H.I.E.L.D. Director Jeffrey Mace wants this threat taken care of as an Inhuman himself and because the re-launch of S.H.I.E.L.D. to the public is so immanent. He assigns Mack, Coulson and Fitz to go to Miami to investigate the blackouts but is met with some resistance from Coulson who is still demanding to know Agent May’s whereabouts. Jemma Simmons has been looking into the demon-eye infection from the last episodes and discovers that it does eventually kill its host. Not only that, but by her estimate May only has 24 hours to live. With Mace’s approval, Simmons follows up on her search for a cure by consulting the good doctor Holden Radcliffe. 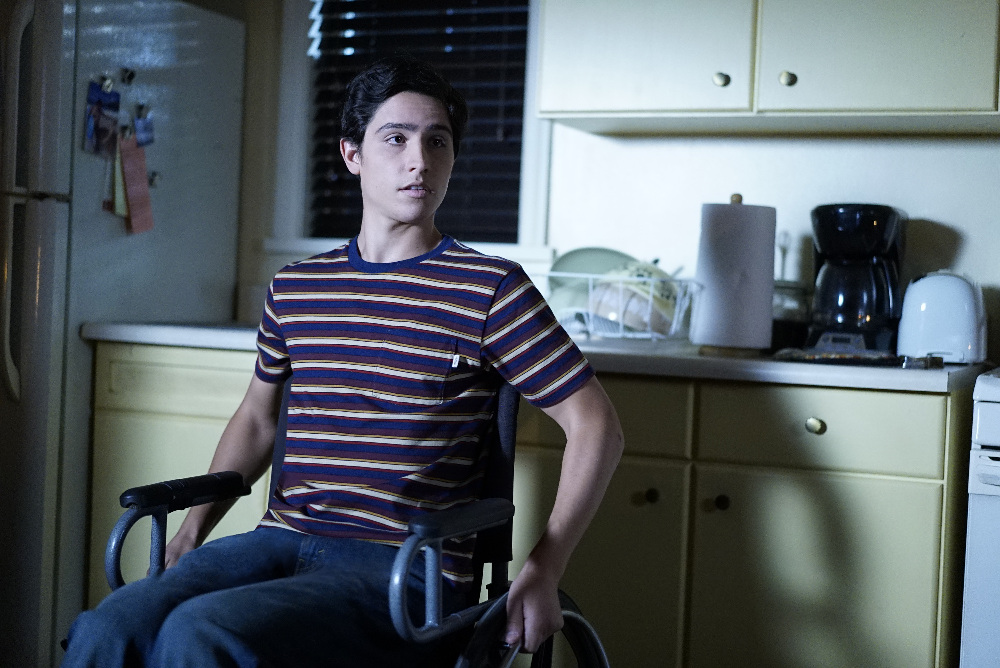 Robbie and Daisy are still on their little road trip from last episode. Robbie Reyes believed all of the ghost problems were tied to him and this episode we really don’t get any answer to that besides finding out he had an uncle that worked at the ghost lab but eventually ended up in prison. The focus for the two of them this episode is actually on Robbie’s relationship with his younger brother, Gabe. But while filling up the demon car (that evidently still needs gas because the Spirit of Vengeance isn’t enough) there is a conveniently parked convertible beside them in the middle of a more convenient news broadcast talking about the blackouts. Reyes hopes the blackouts don’t happen here since his brother takes the train and if things couldn’t get any more convenient, a blackout in that moment. Now even though it’s only a three-hour time difference between Los Angeles and Miami, Miami is pitch black and L.A. is still very much daytime. This wouldn’t be so distracting if not for the riots that happen in L.A. where apparently gangs are just smashing cars in broad daylight.

The gang targets Gabe who is pushing his wheelchair through the streets only to be stopped by Robbie and Daisy. We get some fire puns and some more fire puns because we aren’t ever going to get tired of hearing, “hot head,” this season. Without changing forms, Robbie and Daisy take out the gang with Daisy’s bones suffering the consequences of using her powers. This story doesn’t go too much further but we do learn that when Robbie is Ghost Rider he can be shot or stabbed and wake up fine the next day and we learn Gabe doesn’t know about Robbie’s other life. What Gabe does know is that Daisy is Quake and he tells her to stay away from his brother and by the time Robbie comes back with medicine for her, she is already gone. 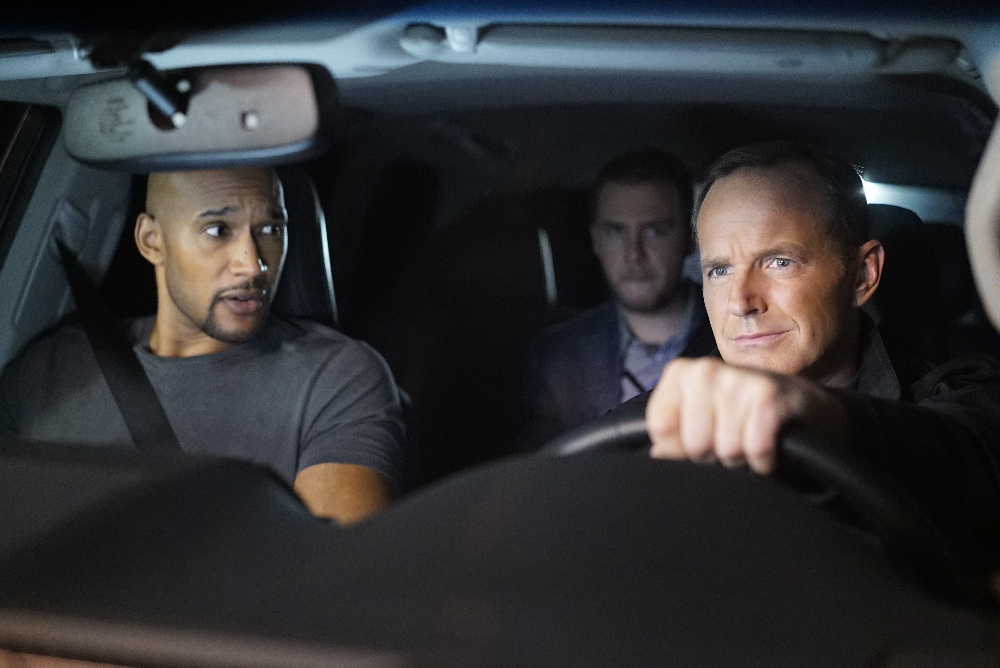 Mack, Coulson, and Fitz arrive in Miami to discover that the EMP that is causing the blackouts repeats itself again and again meaning the equipment Fitz brought (and now Coulson’s robotic hand) are useless. Luckily he uses some Boy Scout ingenuity and constructs a few compasses to triangulate the source. Now just like how there is an Inhuman resistance turns out there is also an Inhuman task force.

They arrive to the party Yo-Yo is at looking for an Inhuman they believe to be there. One party guest believes it’s the magician from the opening of the episode but Yo-Yo is discovered while using her powers to take the task force’s guns away before they can kill the magician. Coulson, Mack and Fitz arrive on the scene just in time and there is some great fight choreography with even Fitz getting to perform a beautiful take down. It is revealed that the task force is actually the organization Watchdog (the group Daisy has been hunting) and that the Inhuman resistance is a sham designed to make people fear them. We see what this fear actually looks like as Yo-Yo’s friends leave her under the impression that she’s a freak. Historically, mutants like the X-Men were used to demonstrate xenophobic distrust and fear of minorities. The Inhumans basically became the mutants from the comics because Marvel didn’t have the rights to the word “mutant” since it belonged to 20th Century Fox. No matter the name it’s still effective storytelling and hopefully they can utilize the theme to its full potential. 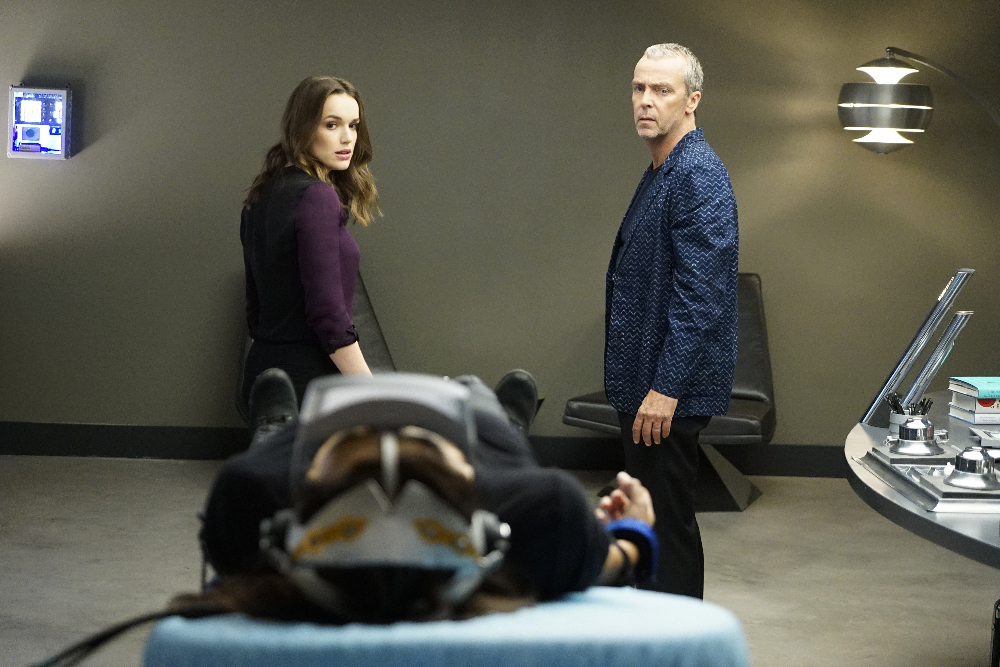 Radcliffe and Simmons are using some very cool Minority Report tech to analyze May’s brain and isolate the problem. It seems the ghost virus gives the infected person walking nightmares and to be able to stop the activity occurring in May’s brain, they have to restart her like a computer. WHICH MEANS KILLING HER – At least temporarily. They will stop her heart and as the brain activity stops, bring her back to life. Nothing can go wrong with this right? Well after stopping her heart, they try and use a defibrillator only to have another blackout occur because of course. With all electrical equipment rendered useless, the odds of saving May before brain damage sinks in are slim. Luckily Radcliffe uses the heart (battery) from his robotic assistant (the Life Model Decoy) that is clean, self-sustaining energy to bring May back and to her ever-charming self.

The agents in Miami eventually find the EMP and shut it down. It’s not very climatic but I do appreciate every time we get to see Yo-Yo use her powers. With the Inhuman threat disproved and the actual threat extinguished, Coulson tells Director Mace that now might be the best time to reassure the public and in a press conference Mace officially announces the return of S.H.I.E.L.D. The episode ends with the introduction of Senator Rota Nadeer (played by Parminder Nagra) who is speaking out against Inhumans and S.H.I.E.L.D. on television. She gets a phone call from what is presumably the Watchdogs and they claim that they managed to take out 17 Inhumans during the blackouts much to her satisfaction. Perhaps it was her that provided the group with access to the registration list? She mentions that she is at her brother’s house and as she gets up to leave, she says good-bye to someone off-screen only to reveal a statue of a man in the room who has clearly gone through the Inhuman birthing process of Terragenesis. Now why he hasn’t emerged from his cocoon, or if the process has somehow been prevented or paused we don’t know, but a rogue senator with ties to the Watchdogs and a sister of a potential Inhuman, Nadeer is definitely a character to keep an eye on. Until next time, true believers! 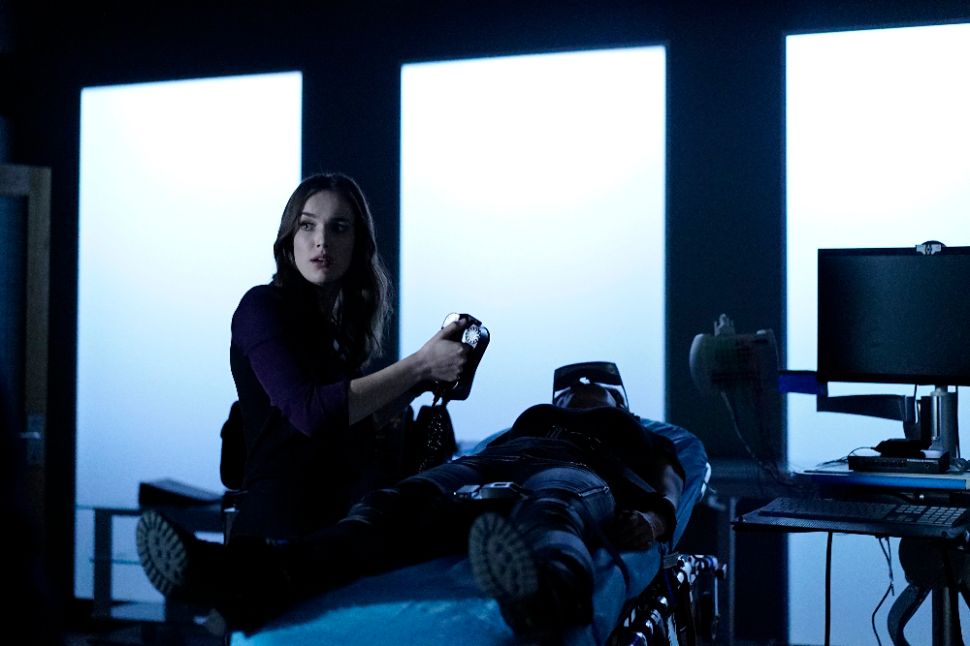