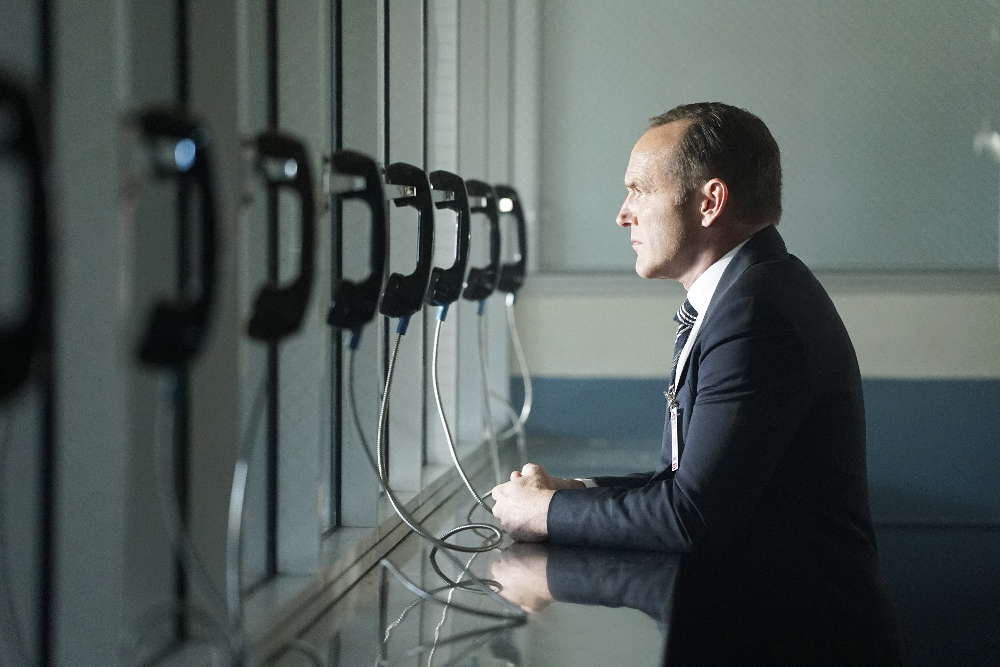 In a season riddled with ghosts, demons, and devils you almost wish Agents of S.H.I.E.L.D. would dive straight into the horror motif. The episode “Let Me Stand Next To Your Fire” even opens with Agent Simmons going to look at an old house by herself and finds it empty and abandoned. I was screaming at my TV, “HAUNTED HOUSE! HAUNTED HOUSE!” But sadly it was just a very bloody Daisy. Because if it’s one thing I’ve learned about Agents of S.H.I.E.L.D. it’s that you can always expect Skye/Daisy/Quake to ruin a good thing.

If you’re just joining us and you haven’t read about my history of disappointment with Daisy’s character this season, you can check my prior recaps but I promise I’ll touch more on it later. On a different note, it seems Coulson beat Robbie Reyes to his uncle in prison and is trying to find out more about the lab he worked at where all of the ghost scientists came from. He is more than uncooperative and Coulson and Mack reach a dead end – or an undead end. See what I did there? Turns out the pair got to Robbie’s uncle only a few minutes ahead of Robbie as Mack spots Ghost Rider (or Matchstick Man as he calls him) driving in the parking lot. And yes, we do get a car chase because every episode has a car chase and change is scary. This one however is between Ghost Rider’s Dodge Charger and Coulson’s Corvette “Lola.” It’s a fun chase that goes through the LA River like the end scene of Grease. It’s good to note that Mack makes a comment about how he still wants to fix the car’s flight ability, which is code for “we spent our budget again on CGI fire.” The race is cut short though with Ghost Rider’s car colliding with the invisibly parked quinjet and Robbie being locked up by S.H.I.E.L.D. 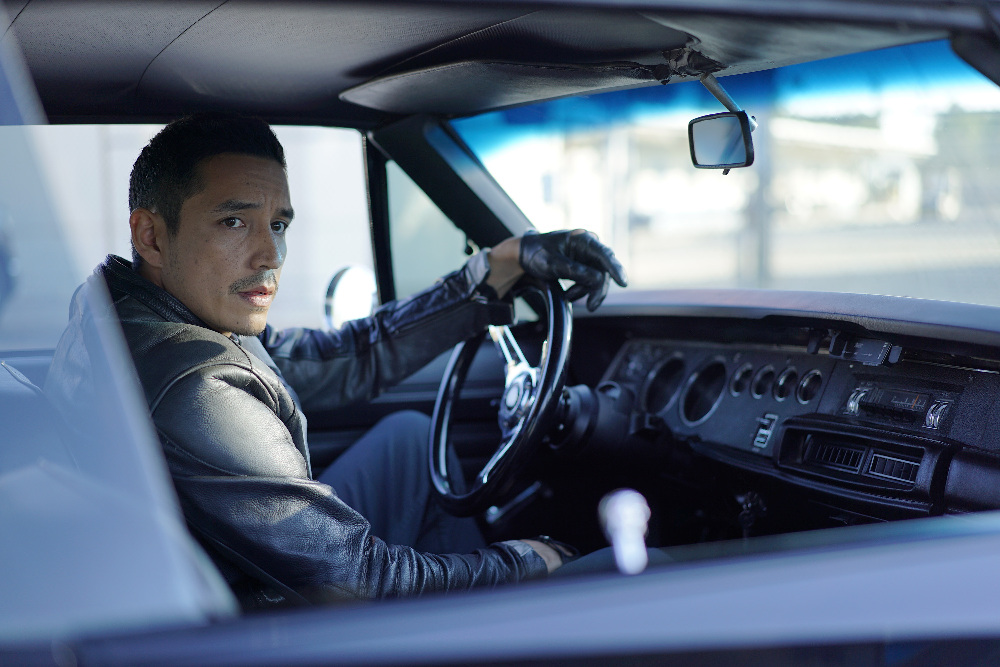 Simmons is patching up the ever-delightful Skye/Daisy/Quake who took a bullet from some Watchdog soldiers. She is still hunting them for hunting Inhumans and needs Simmons’ help to figure out how the names of Inhumans have been compromised and ended up in Watchdog hands. Daisy basically threatens Simmons to help her but Simmons is doing it simply to help. The team up is great but it’s a shame it’s only brought on by Daisy’s backwards sense of vengeance. I hold Skye to a higher standard than most of the characters because since the beginning she has been one of the most dynamic characters and it’s a shame to see her character growth at a standstill. The two of them learn that the system has been hacked by a third party and find out James (The Inhuman Hellfire from last season (The Australian pseudo-Ghost Rider guy?)) is next on the Watchdogs’ list and like always Daisy says she has to handle this alone. Only this time Simmons stands up to her and finally calls her out on her hypocrisy of crawling back for help whenever she needs it, but always claiming she can do everything on her own. Slightly convinced, Daisy allows Simmons to join her as they go to meet James.

Fitz and Holden Radcliffe are still taking care of Agent May but also assisting is the Life Model Decoy, AIDA. This part of the episode is similar to a Turing Test and those Ex Machina vibes are still very much present. May is seemingly impressed with AIDA although she still assumes she is human. When May asks about her, Fitz quickly steps in to say she’s Canadian, which as a Canadian I take great offense in that we could be mixed up with a cold, lifeless being. AIDA does confide in Radcliffe later asking why Fitz would lie and it prompts some interesting discussion on human morality. I think every A.I. movie that’s ever been made has had this kind of moment as the catalyst for where things go wrong and judging by the lingering camera on AIDA’s face, this isn’t the end of it.

So after taking Robbie prisoner, Coulson reveals all the info he has on Reyes. From birth to the present they know everything except any info on his powers. Coulson claims that he can’t be Inhuman and Robbie clarifies that he made a deal with the devil, which doesn’t answer any questions but creates a hell of a lot more. Mack is just impressed Robbie’s car never dents. Realizing that they are on the same side with similar goals, Coulson releases Robbie and asks him to go speak to his uncle and find out what happened with the lab. Reluctantly, Robbie does go to talk with his uncle and finds out the lab was obsessed with a book that gave them the knowledge to build a quantum particle generator which would have the ability to create matter from nothing. It blew up (because of course) and seemingly killed everyone – even though we know everyone is just poorly CGI’d ghosts now. Speaking of the ghosts, we see Lucy Bauer (The first female ghost) visit her husband (not a ghost) who Robbie’s uncle put into a coma after the incident and she uses her (very) bad-CGI powers to wake him up and ask where the book is.

Simmons and Daisy show up to James’ current work, which happens to be a fireworks shop and luckily Daisy calls out the irony of it all. James has apparently been trying to lead a normal life since the Hive fiasco but now the Watchdogs are coming for him and Daisy is trying to get his help in fighting back. But he double-crosses them (because of course) and turns out he’s working with the Watchdogs and the locator bracelet he was required to wear was used to hack the Inhuman database. The Hive incident left James with nothing to live for (SEE WHAT HAPPENS DAISY) and he wants to see all Inhumans (including him) taken down. Multiple armed Watchdog soldiers assault Daisy and Simmons at a storage facility and using Daisy’s powers, the two temporarily escape. Daisy’s bones can’t take another use of her powers and Simmons is out of bullets. Plus James has grabbed some bocce balls as weapons for whatever strange reason? He starts rolling them at different storage lockers and causing them to explode and it’s all very underwhelming. Things get a bit more exciting when he picks up a chain and lights it on fire like he did last season and just as he approaches Daisy and Simmons someone grabs the flaming chain out of mid-air and for the next bit I’m going to switch to caps-lock because it deserves it *ahem* GHOST RIDER GRABS THE FLAMING CHAIN AND TAKES IT FROM JAMES. WE FINALLY GET TO SEE GHOST RIDER USES A CHAIN JUST LIKE IN THE COMICS. IT’S FIRE ON FIRE, BABY. THE TWO FIGHT WITH JAMES’ EXPLODING FIRE ATTACKS DOING NOTHING TO GHOST RIDER AND FINALLY JAMES IS CAPTURED BUT NOT BEFORE EXPLODING THE ENTIRE FIREWORKS STORE. 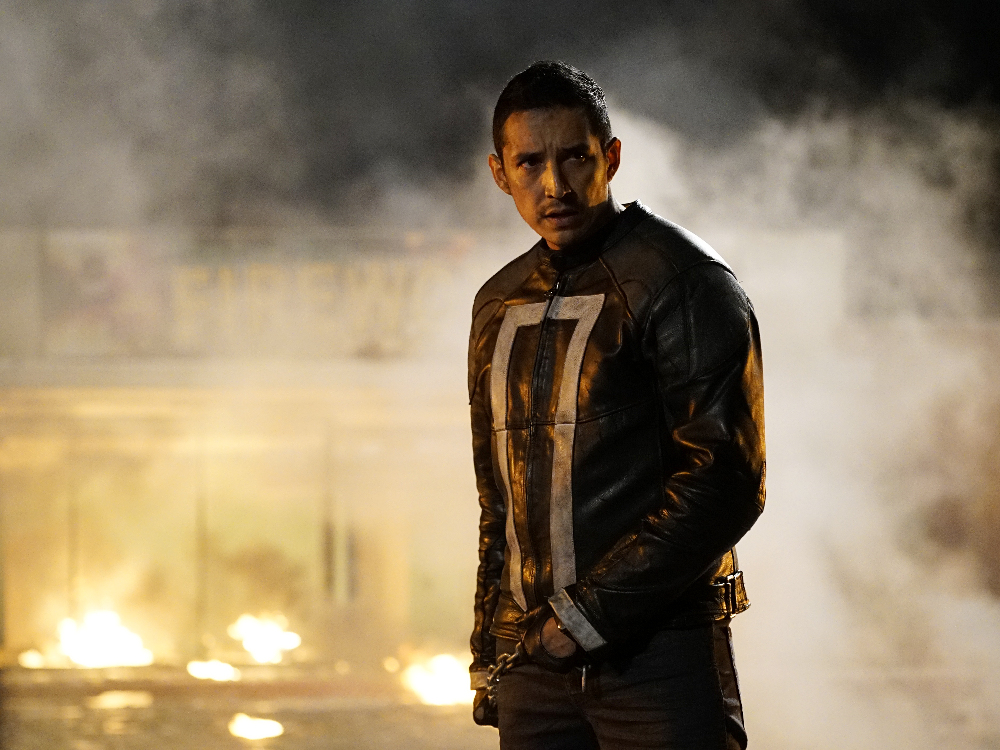 So how did this happen? Well after visiting the prison, Mack and Coulson were notified that James removed his tracker and needed to go investigate. That’s when they saw the Watchdog soldiers and sent Ghost Rider in to take James down. Even though they just saved her life, Daisy still wants to leave and take down the Watchdogs on her own. Coulson plays the authoritative parent here perfectly and lays out the actual problem at hand: The Darkhold. The book everyone is after has a longer history than one would think. Coulson drops some Marvel Cinematic Universe names like Daniel Whitehall, Nick Fury and even The Red Skull as people who all have tried to obtain it. He says it’s been known as the Book of Sins, the Book of Spells, and is a source of infinite knowledge and if it falls into the wrong hands, it could spell doom. That is a very good motivator. He asks both Daisy and Robbie for their help and makes a stop by Radcliffe’s to get May back on the team as well. Coulson also meets AIDA and he can’t tell she’s not human but Simmons realizes almost immediately. Unfortunately for her, she has routine lie-detector tests and the next one is TOMORROW?! I can’t make this up. You’re crazy Agents of S.H.I.E.L.D. Until next time, true believers! 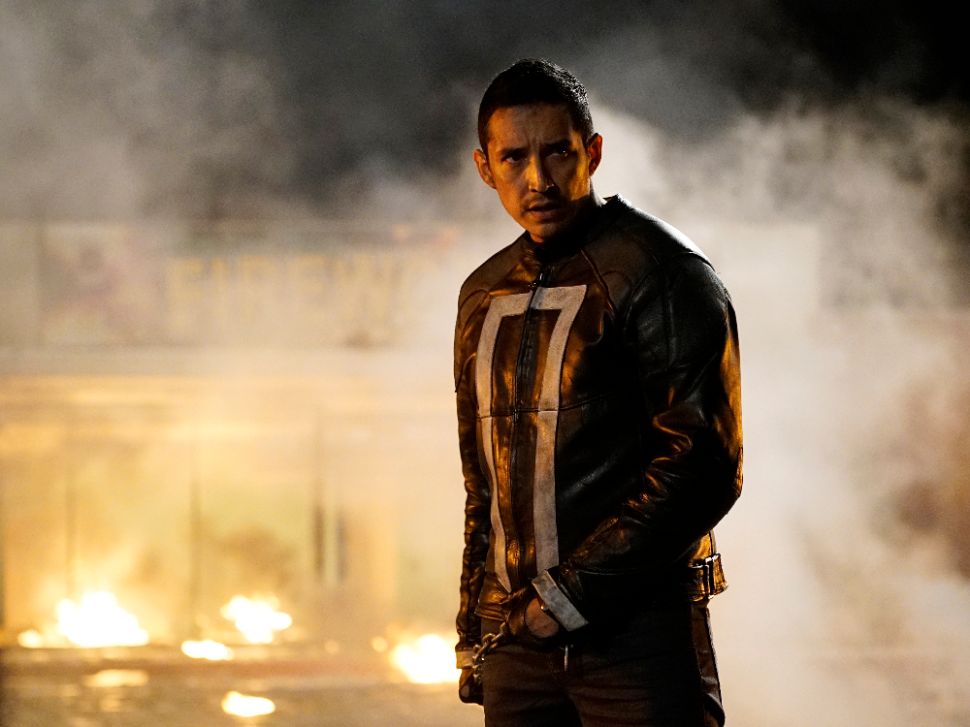