“My heartfelt sympathy and prayers go out to the McClellan family and the County of Mercer,” said Democratic State Party Chairman John Currie. “Rich was a Chairman’s Chair he was dedicated to the Democratic Party always working hard to make sure his County moved forward and was part of the process.

“Richard has always been known as a man of integrity and he will be deeply missed at the New Jersey Democratic State Committee where he served as our unwavering parliamentarian,” the chairman added.

“This is a terribly tragic loss,” said Sweeney. “Rich McClellan was a selfless and hard-working man who made enormous contributions to Mercer County, to the Democratic Party, to elected officials and to rank-and-file Democrats in the county and throughout the state. He helped to make the Mercer County Democratic Party stronger, more active and more influential.

“Rich was a true friend to everyone he knew and worked with, including me. He will be sorely and sadly missed,” he added. “My sincere condolences go out to Rich’s family and to all his friends and colleagues. My thoughts are with them during this difficult time.”

Mr. McClellan served as the Mercer party chairman for eight years, leaving in 2010 for a job on the Delaware Bridge Commission and then returning earlier in 2016 to succeed Liz Muoio, who became an assemblywoman last year.

In the always politically interesting Mercer County, Mr. McClellan was a driving force behind getting Hughes elected in the 2003 Mercer County executive’s contest. He later served as an aide to Hamilton Mayor Glen Gilmore.

Mr. McClellan routinely appeared on television as a Democratic Party partisan, loving the challenge of debating in a TV studio, but truly thrilling to his duties as chairman, developing a reputation in his county as a meticulous, forceful, smart, highly energized and impassioned party leader. He was a stickler for party procedure and the go-to guy among Central Jersey Democrats for how to run an open convention. He was old school in many ways, and loved a good political scrap, preferring to play the role of hands-on referee than remote boss. He was always lugging boxes filled with ballots in any number of sharp-elbowed tussles in his own party, usually in VFW or labor halls.

In 2007, Dan Benson and Wayne DeAngelo, both of Hamilton, competed in a very closely fought match to succeed Linda Greenstein in the assembly. Mr. McClellan delighted visibly in the contest, ballot round after ballot round, before leading both men to the front of the packed hall in Hamilton and standing between them like the third man in a boxing match. The room waited with great anticipation. Then the chairman finally raised the arm of DeAngelo.

Later, Benson would best fellow Freeholder John Cimino in another intra-party battle, equally toughly contested as Benson v. DeAngelo. That time Benson won, and Mr. McClellan was again in the middle of the fray.

He so obviously loved the process, presiding over multiple ballot drawings, whether it was in the fight over Tony Mack’s freeholder seat in the 2008, when Cimino won the backing of the party committee, or the 2012 contest in CD12, when Bonnie Watson Coleman defeated Greenstein.

“The uniqueness of him was he didn’t care who you were,” said DeAngelo. “He valued the fair and open process all the time. He truly valued the committee people. He was a very private man. He didn’t discuss his personal life. He just gave you as much information and resources as he could. You couldn’t ask for a more democratic process. We don’t get a lot of respect since we are neither in the north or south, but you got a fair shake on the Democratic ticket in Mercer County with Rich McClellan.”

“Rich was a friend, a mentor, and a pillar of our Mercer Democratic party for decades,” the assemblywoman said. “So many Mercer Democratic elected officials have served in office thanks in large part to his hard work and dedication. His dry wit, intelligence and insight will be sorely missed. For those of us who have known and worked with him throughout the years, it is difficult to think of the Mercer County Democratic Party without Rich McClellan.”

“I am deeply saddened to learn of the passing of Rich McClellan and offer my deepest condolences to his family and friends,” said the senator. “Rich was a terrific chairman of the Mercer Democrats, where he served selflessly for so long and where he was a well-respected leader and friend to many. I was fortunate to have worked closely with Rich over the years. His warmth, friendship and wise counsel will be sorely missed by myself and so many others.” 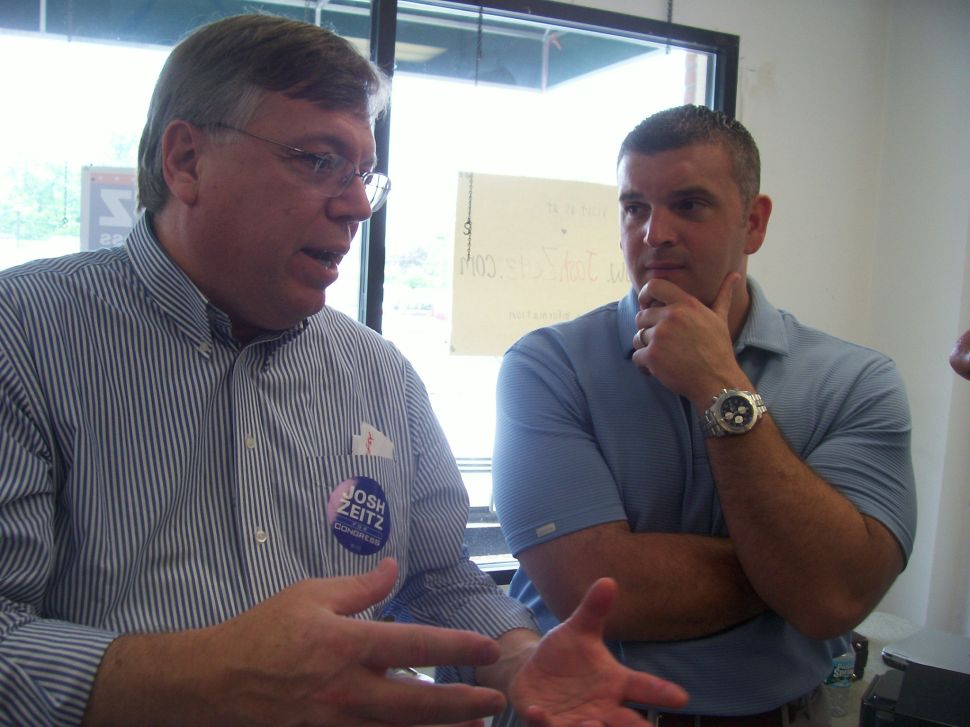