“(My colleagues) will see an industry that’s working well. That will remove the fear of what we’re talking about, and … take away the joke about legalizing marijuana.”

Denver  – I’m in Colorado to embed with some influential NJ politicians and chronicle their quest to  legalize/tax/regulate cannabis back in the Garden State. Can you actually believe  this is my job? #DareToDream

This trip is the brainchild of NJ Senator Nick Scutari who’s leading a bipartisan, bicameral contingent of colleagues (including Sen. President Steve Sweeney) to get the skinny on Colorado’s booming cannabis industry. Since the winning plebiscite approving marijuana for adult recreational use, Colorado is case-study of what’s worth emulating and what’s not.

My fantasy of sharing a brownie with Sen. Sweeney never materialized as he was Jersey-bound just as I arrived on the scene. That would have been awesome tho, don’t you think? In an only-Nixon-could-go-to-China kinda way maybe?! Sweeney is keen to end cannabis prohibition, going so far as to predict 2018 as the year NJ legalizes marijuana legislatively.

“I came (to Colorado) because I’m very serious in getting this done,” Sweeney said. “But we want to do it right in New Jersey. We want to learn from the mistakes Colorado made.”

It’s safe bet that will happen.

“We’re going to learn a lot,” Sen. Scutari told PolitickerNJ. “We have a full agenda of meetings. Members of the Colorado legislature, the executive branch, health and medical professionals. Also business members, technological trackers, all the people who helped to create this industry. Because creating an industry is not a simple thing. We wanna do it right, we wanna learn from their experiences and we wanna even improve on it as much as we can. We’ll be taking tours of their seed-to-sell tracking system, we’ll see how they manufacture it, and finally how they sell it.”

Before leaving Cherry Hill, I crowd-sourced opinions about the gravest problems facing NJ. The following (fictional) cannabis strains – inspired by your enthusiastic replies, current news events, and my lurid imagination – just might cure some of what ails you! (Or at least help you to forget!)

BumpyRoad. Savor the pungent notes of exhaust fumes and bullsh*t, because something amazing is about to happen as you inhale the BumpyRoad strain. It’ll blow your mind. Or your tire. Or both. Look, y’all our roads are a freaking mess and we struggle just keep pace with repairs much less finding resources to invest invest. Cannabis won’t fix all our bridges, but it would surely fix a few! And that’s a good start. And unlike the recently passed gas tax everyone’s bitching about, legalizing cannabis actually gets you high!

MassTransit Bumblef**k. With hints of neglect and a diesel topnote, this potent strain of cannabis might serve two important functions: 1) it makes your NJTransit/PATH commute a bit less awful and 2) you forget all those fare- and toll hikes that never got re-invested.

Doobie DOAC. Atlantic City is broke. Is this particular strain potent enough to save NJ’s erstwhile amazing (but now languishing) shoretown? Sure can’t hurt! If you can imagine transforming just one mothballed casino into a vertical, sustainable cannabis farm, you’re already halfway there. Besides, is there a better use for the ever-expanding number of sad, empty colossi up and down the boardwalk?

Kris Kristie AF. With hints of rotten tropical fruit and a nutty after-taste, this munchie-inducing strain just might stop traffic on the GWBridge. Whatever you do, do NOT direct a traffic study after consuming Kris Kristie AF. Trust me!

Budget Buster. Namaste, y’all! This might bring your life back into balance with just one tiny puff! Most astonishingly, this soothing strain – with hints of citrus and pine – would nudge NJ’s budget back into balance. NJ is broke and can ill afford the $127m annual price tag that comes with our current, retrograde cannabis policy. Studies show legalization could produce a new $300m annual revenue stream. So put that in your pipe dab-rig and smoke vape it!

PropTax Punch. With notes of grapes and berries this fruity, fast-acting strain will punch you in the face. Kinda like your NJ property tax bill does. Only with this strain, you’re euphoric and laughing instead of depressed and crying like you are when that bill comes due!

This column is a lighthearted commentary about how a robust cannabis industry might help address some of NJ’s budgetary and social problems.

But as Senator Scutari rightfully observed, cannabis reform  “is not a laughing matter. This is big money and also great savings to the state, But it also saves neighborhoods. To get drug dealers off the street…To make this a real industry here in NJ.”

“I’m impressed with what I’ve seen so far,” Assemblyman Declan O’Scanlon, one of three GOP legislators told PolitickerNJ. “An issue of this magnitude, really should be bipartisan.”
Jay Lassiter is an iconoclast, tech savvy media artiste, street warrior for LGBT liberty and marijuana reform, and an un-intimidated presence if the halls of Trenton power as he aggressively pursues liberal causes. He’s often at brunch and always on twitter @Jay_Lass. 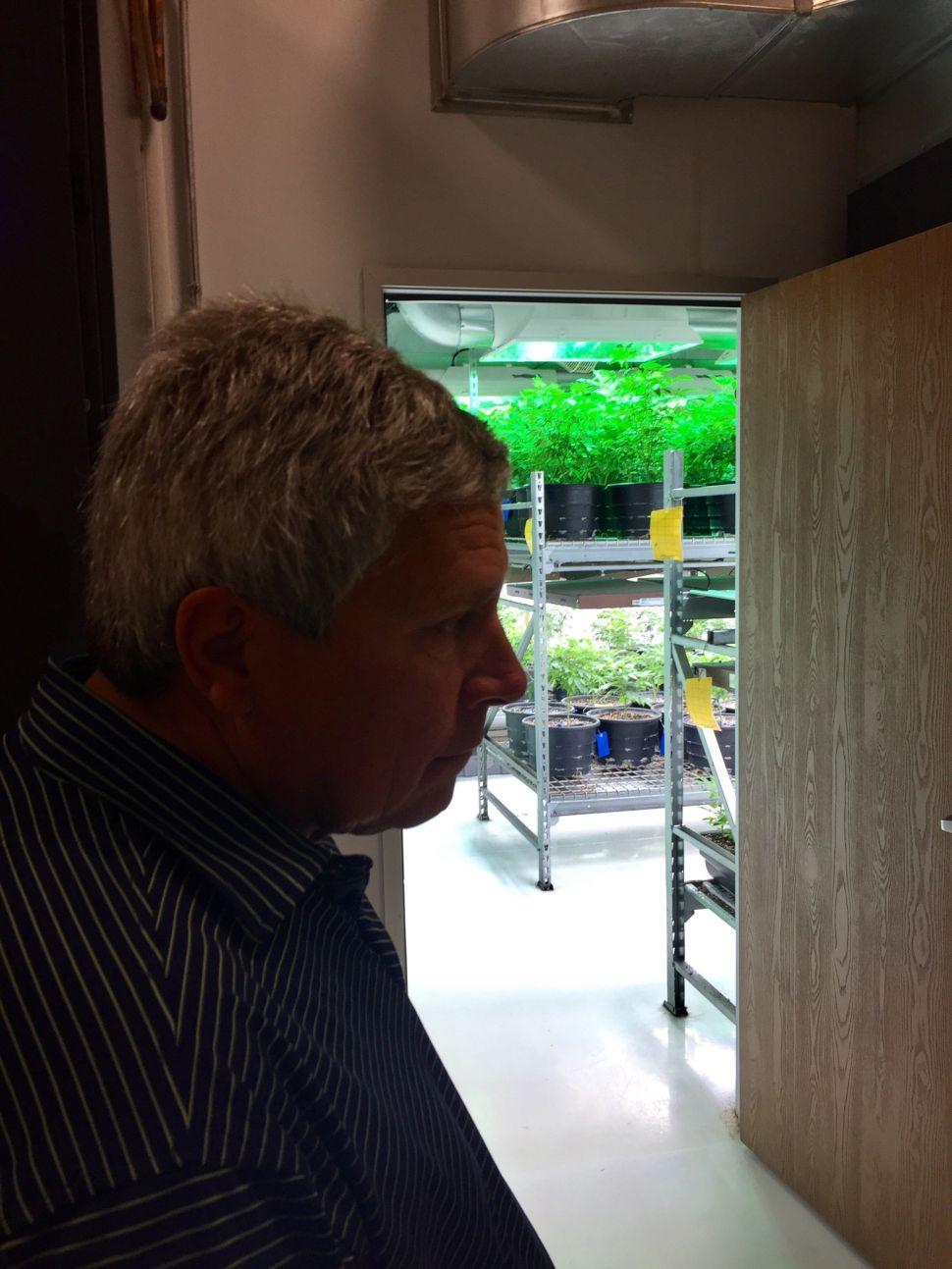