In an interview with Fox News this past April, President Obama asserted that he did not put pressure on the FBI’s criminal investigation into Hillary Clinton’s private email server. “I guarantee that there is no political influence in any investigation conducted by the Justice Department, or the FBI—not just in this case but in any case,” he said. There is now mounting evidence suggesting Obama’s claim was false.

“Newly disclosed emails show top Obama Administration officials were in close contact with Hillary Clinton’s nascent presidential campaign in early 2015 about the potential fallout from revelations that the former secretary of state used a private email server,” reported Bryon Tau for The Wall Street Journal on October 7. The emails were obtained by the Republican National Committee through a Freedom of Information Act (FOIA) lawsuit requesting those records.

A few months before White House Communications Director Jennifer Palmieri went to work for her campaign, emails show her in damage control for Clinton as early as 2015, when news first broke that Clinton’s private server existed. In one chain of emails between Palmieri and State Department spokeswoman Jennifer Psaki, Palmieri asked Psaki to ensure that Secretary of State John Kerry wasn’t asked about Clinton’s private email server during an upcoming CBS interview. “Good to go on killing CBS idea,” Psaki responded back to Palmieri, according to the Journal, adding, “going to hold on any other TV options just given the swirl of crap out there.”

In March 2015, The New York Times reported that Obama said he didn’t know Clinton was using a private email address. That turned out to be false, as the second FBI report on their investigation into Clinton’s private server revealed that the president used a pseudonym in email communications with her. “How is this not classified?” Clinton aide Huma Abedin asked the FBI during their interview. Obama’s use of a pseudonym suggests he not only was aware of Clinton’s private server, but he knew it wasn’t secured to communicate with Clinton, as there were no security officers to mark the correspondence as classified.

Obama’s administration has intervened to delay several FOIA requests until after Election Day to shield Clinton from further scrutiny.

In October 2015, the White House stopped the release of emails between Clinton and Obama, citing the need to keep presidential communications confidential.

In June, the Obama administration stepped in to delay the State Department fulfilling an FOIA request from International Business Times for emails regarding the Trans-Pacific Partnership until 2017. “The delay was issued in the same week the Obama administration filed a court motion to try to kill a lawsuit aimed at forcing the federal government to more quickly comply with open records requests for Clinton-era State Department documents,” reported David Sirota.

President Obama has also repeatedly defended Clinton when questioned about her private server, blaming the controversy on politics. But while the FBI was conducting an investigation, Obama should have refrained from making his own judgment on the case.

This was the consensus among the Democratic Party establishment: provide Clinton with impunity. No presidential candidate has ever won their party’s nomination while under a FBI investigation, yet the Democratic Party, with the president’s support, protected Clinton throughout the private email server controversy. Though Obama waited until after the end of the Democratic primaries to formally endorse Clinton, his support and praise throughout the primaries favored her. In October 2015, CNN reported a top Obama strategist said he would support Clinton. In a January interview with Politico, Obama denigrated Sen. Bernie Sanders’ support, calling him a “shiny new object” while praising Clinton for overcoming adversity.

The State Department Inspector General and FBI Director James Comey issued severe criticisms in their reports on Hillary Clinton’s use of a private server. But to merit an indictment, the FBI would have been forced to be even more aggressive in their investigation than usual. The investigation had already been polarized politically, while Clinton’s staff were granted immunity and a team of lawyers guided Clinton every step of the way throughout the investigation. For similar reasons to why big bankers don’t get indicted anymore, Clinton managed to avoid the FBI recommending an indictment. The political climate in which all Democratic Party leaders stood behind Clinton, that Obama affirmed repeatedly, made it virtually impossible for Clinton to be held accountable. 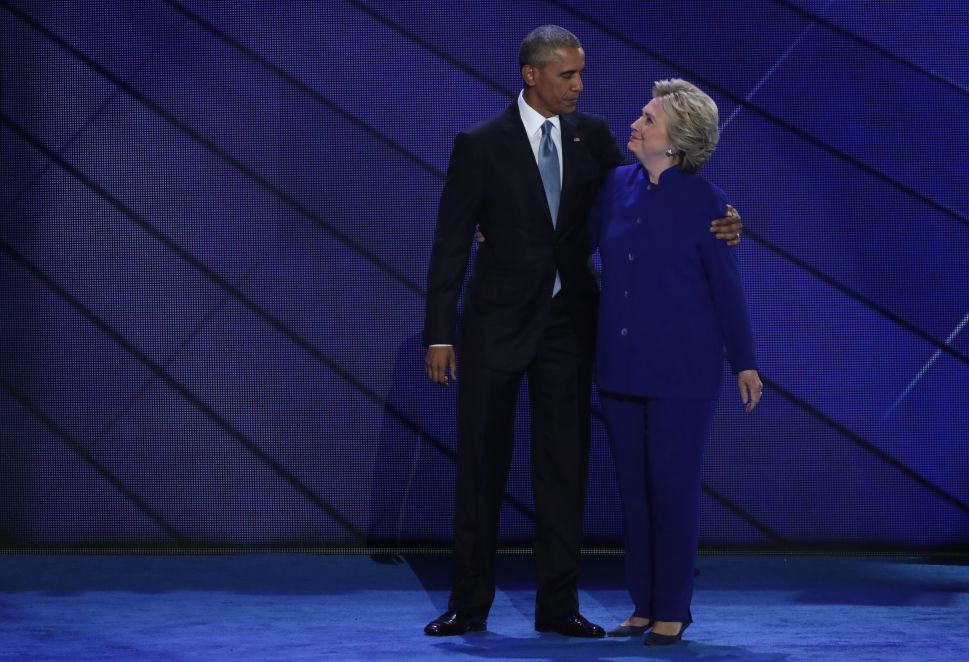