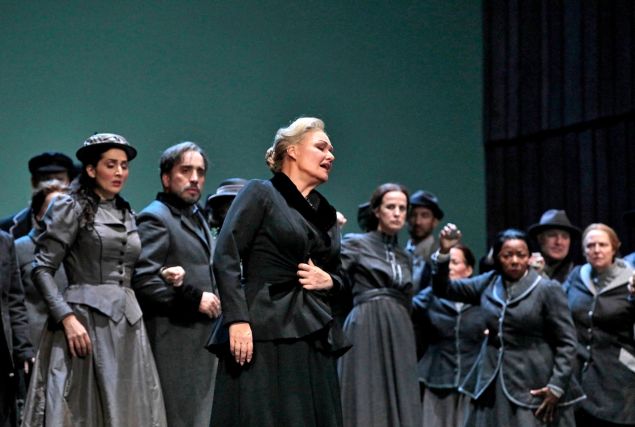 In the more than quarter century Karita Mattila has been singing at the Met, she has created a gallery of superb performances, from a ripe, sensual Salome to a radiantly virtuous Tatiana in Eugene Onegin. She even has managed the seemingly impossible task of injecting warmth and humanity into Robert Wilson’s icily formal production of Lohengrin.

But her latest portrayal, the rigidly moral stepmother Kostelnicka in Janacek’s Jenufa, may be her greatest creation of all. At Friday night’s opening performance of this revival, she dominated every scene, just as her character’s force of will overwhelms her entire family.

The tragedy of this opera is that Kostelnicka’s crime—murdering her infant grandchild—is not done for selfish reasons, but rather to preserve the reputation of her daughter Jenufa, who bore the child out of wedlock. After the murder, Kostelnicka manages to arrange a marriage for Jenufa, but on the wedding day the baby’s corpse is discovered.

True, the plot sounds like a Lifetime movie, but it is only a framework for a consideration of guilt and redemption in Janacek’s deeply moving score. Mattila’s performance respected this underlying gravitas, maintaining the character’s dignity through radiantly beautiful singing. Never has the longing for respectability sounded so sensuous.

Even Mattila’s personal beauty added to the pathos. Ordinarily this character is played as elderly, at the end of her life with little to lose. Here she was a vigorous, intelligent and attractive woman who might well have remarried and found personal happiness had she not chosen to devote her life to her family’s well-being. This sense of opportunity lost brought forward a feminist theme in this opera that lies dormant in most other performances.

The only really discordant feature of this Jenufa was the blunt-voiced soprano Oxana Dyka in the title role. Her utter lack of vocal grace sapped the ecstatic final scene of its sense of redemption. The rest of the cast, though, was strong, particularly Joseph Kaiser as the amoral playboy Steva who knocks up Jenufa. His bright tenor sent the character’s high-lying music strutting.

David Robertson’s conducting sounded precise if a little polite for this score’s obsessive rhythms. Olivier Tambosi’s production, which with heavy-handed symbolism sets a massive boulder in the middle of Kostelnicka’s front parlor, seems to have mellowed since it was first seen at the Met in 2004.

Or maybe that’s just the advantage of having Karita Mattila in this opera. Who notices rocks when there’s a monolith on stage? 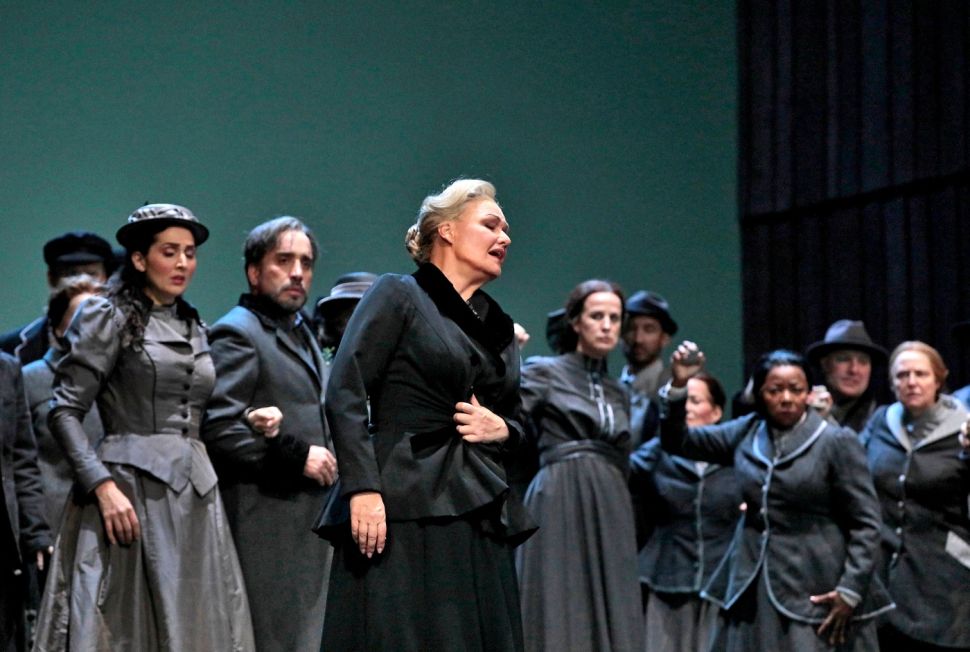