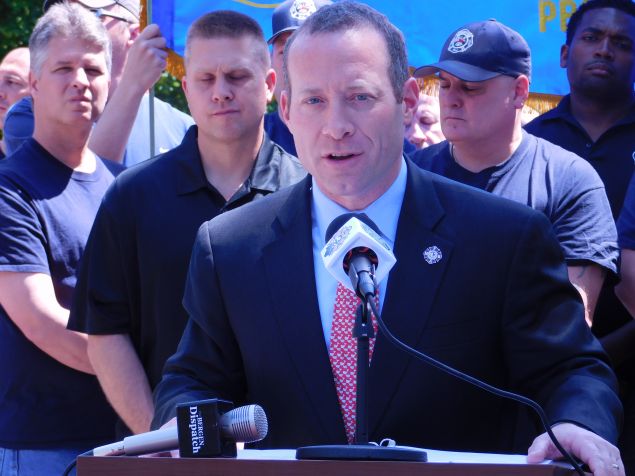 The most competitive congressional race in New Jersey looks to be tilting toward the Democratic challenger to Republican incumbent Scott Garrett of the state’s conservative 5th district. A new poll from the Democratic Congressional Campaign Committee shows Josh Gottheimer gaining a seven-point lead against Garrett, up from a two-point disadvantage last month.

The poll of likely voters in the district, which was conducted after last weekend’s presidential debate, Gottheimer in the lead 49-42 percent with strong support from younger voters and the all-important Bergen County section of the district.

It showed Garrett with a 35% favorability rating with 43% of respondents unfavorable. Women, young voters and minorities made up the bulk of those unfavorable responses. Gottheimer holds an 11-point lead among women, a 3-point lead among registered Independents, and a 16-point lead in Bergen County, which represents over 70% of the district’s voters.

Garrett, who has held his seat since 2003, saw his fortunes begin to reverse last year when Politico reported alleged anti-gay comments the congressman made about other Republican congressional nominees. After that story led a raft of donors to withdraw their support, national Republicans’ bad fortune under presidential nominee Donald Trump compounded the problem—Garrett disavowed Trump earlier this week after recordings surfaced of the real estate developer boasting about sexually assaulting women.

The campaign has also been one of the state’s most bitter. Gottheimer has repeatedly attacked Garrett for his far-right voting record and ties to domestic terrorism group the Oath Keepers, while Garrett has aired ads of his own accusing Gottheimer of assaulting and intimidating a neighbor.

Meanwhile, Gottheimer’s campaign has been the fundraising success story of this election cycle. The Wyckoff Democrat, an attorney and political newcomer, out-fundraised Garrett during several quarters early in the race. According to FEC records, he has $2,505,372 cash on hand to Garrett’s $2,759,752.