King aired his dismay during an interview on WOR Radio’s “Len Berman and Todd Schnitt in the Morning” program earlier today, as he recalled Weiner’s recurring high-profile sexting scandals. King and Weiner clashed bitterly on television in 2010, as the outer borough Democrat blamed the Nassau County Republican’s party for the initial failure of the Zadroga Act, which covers the medical expenses of 9/11 first responders.

Just a year later, Weiner would resign his seat after his compulsion to send photos of his engorged phallus over the Internet became public.

“We can’t get rid of Anthony Weiner. I mean, he’s just a bad nightmare that keeps on coming,” King lamented. “The country as a, as a whole, who needs Anthony Weiner?”

But King admitted that his party stood to profit from the discovery of the cache of messages on Weiner and Abedin’s device, emails Federal Bureau of Investigation Director James Comey deemed “pertinent” to the previously concluded probe of Hillary Clinton’s controversial private email server. Comey’s elusively worded letter to Congress on the discovery Friday provoked uproar across the political spectrum, as it seemed to renew scrutiny of a matter the Clinton camp regarded as closed, just at the moment she appeared poised to cruise to victory.

King asserted Clinton “only has herself to blame.”

“How can you keep someone like Anthony Weiner in your orbit?” the congressman said “She has to know, when you’re dealing with someone like this—and I know she relies on Huma Abedin, but so long as she’s married to Anthony Weiner and Weiner is part of the circle that they live in something like this was bound to happen.”

The Clinton campaign did not immediately respond to requests for comment.

Weiner mounted a political comeback two years after he abdicated his post in Congress, shoving himself into the packed Democratic primary for mayor. After briefly taking a lead in the polls, more lewd photos he had sent to even more women emerged, and he ultimately placed fifth in the contest.

Abedin remained with him until earlier this year, when even more photos popped up in the press amid the heat of the campaign, finally prompting the long-suffering wife to split from her lascivious husband. But that wasn’t the end of it.

Just weeks later, even more explicit correspondence surfaced—this time allegedly involving a 15-year-old girl from North Carolina. This triggered a federal investigation, which led the FBI to the new cache of emails.

There is as yet no evidence these emails prove Clinton, Abedin or anybody else connected to the campaign misled the authorities or committed any crime—and they may in fact match messages already in federal possession. But the news has injected adrenaline into Donald Trump’s moribund bid for the presidency.

King himself briefly considered entering the packed Republican primary field last year. He initially endorsed Florida Sen. Marco Rubio to lead the GOP ticket, then backed Trump once the Queens-born businessman had locked up the nomination. 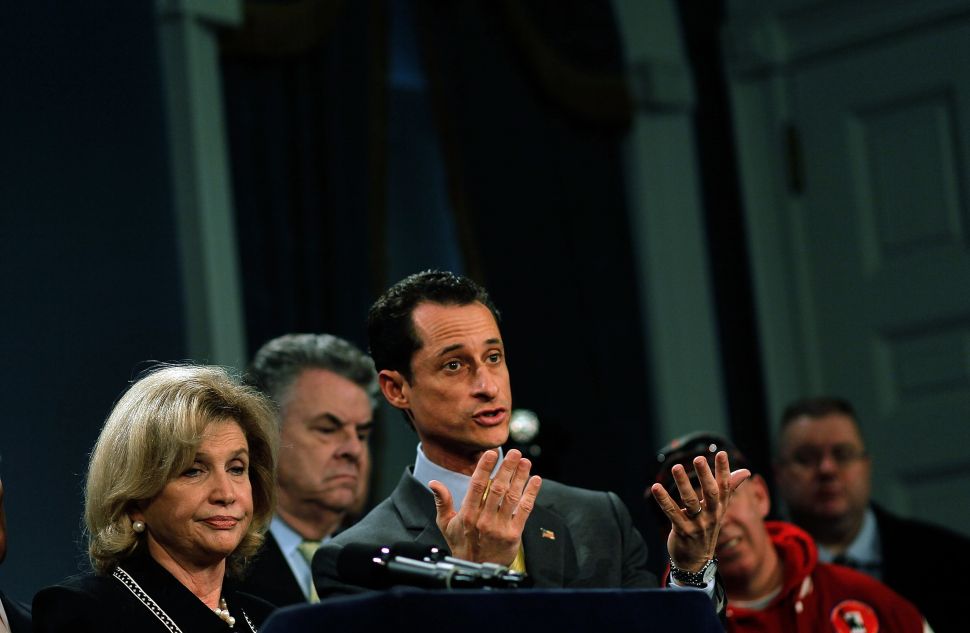