It’s the end of another busy week in Trenton. With the shooting of unarmed black men dominating the news, the state Senate on Thursday voted to require the state Attorney General’s Office to investigate such incidents. Proponents say it would result in unbiased investigations, but it’s unclear how far the bill will advance.
The senate also worked to quash attempts by casino mogul Carl Icahn to reopen the shuttered Taj Mahal casino in Atlantic City as a gambling hall. While applauded by labor unions, who claim the casino closing was an attempt to expel them from the casino, it’s unlikely this bill will ever receive the governor’s signature.
Meanwhile, Phil Murphy got the Wikileaks treatment, pollsters say Christie’s relationship with Donald Trump is a prime cause for the governor’s plummeting favorability ratings and plans for a new Hudson River rail tunnel are advancing. Throw in more testimony from the Bridgegate trial about feuding between New York and New Jersey reps at the interstate agency, and you have another full day of political news.

Quote of the Day: “Any investigation of police-involved fatalities should be fair, it should be thorough, and it should result in justice being served,” – Senate President Stephen Sweeney, on a senate bill transferring responsibility for investigating fatal police shootings to the state Attorney General’s office.

NJ Senate passes bill shaking up who probes killings by police
The New Jersey Senate approved a bill Thursday that would stop county prosecutors from investigating deaths at the hands of police and require the state Attorney General’s Office to do so instead.
Michael Boren, Inquirer Read more

In Wikileaks Emails, a Glimpse of Phil Murphy’s Campaign for Governor
Hacked emails released by Wikileaks from the account of Hillary Clinton campaign Chairman John Podesta were a controversial topic in the third and final presidential debate. But the inner workings of Clinton’s campaign aren’t the only ones on display in the emails.
Dusty Christensen, WNYC Read more

Wildstein termed a ‘cancer,’ as Bridgegate defense focuses on key witness
David Wildstein pleaded guilty more than a year ago to orchestrating the Bridgegate scandal.
But for much of the day Thursday, it seemed as if Wildstein was on trial, as defense attorneys for two former Christie administration insiders facing federal charges sought to portray the prosecution’s key witness as a political con artist and “dangerous” figure who misled jurors.
Ted Sherman and Matt Arco, NJ.com Read more

Funding approved for new Hudson rail tunnels. Will tolls go up?
Tolls on the Port Authority’s bridges and tunnels will not be increased to help fund construction of new Hudson River rail tunnels, officials said Thursday after approving a financing plan for the Gateway Project.
Larry Higgs, NJ.com Read more

New Jersey’s unemployment rate holds at 5.3 percent
The New Jersey economy generated 2,700 total jobs in September, according to preliminary estimates from the U. S. Bureau of Labor Statistics, continuing to produce jobs at a moderate, unspectacular pace. The jobless rate, which had risen the previous six months, was unchanged at 5.3 percent.
The Record Read more

Growing calls for railroad probe in wake of station crash
New Jersey’s commuter railroad is facing growing calls for more scrutiny at federal and state levels amid questions about its safety after one of its trains crashed into a station last month, killing a woman on the platform and injuring more than 100.
Associated Press Read more

Sweeney says assisted suicide bill will get committee hearing
The Assembly passed an assisted suicide bill by one vote Thursday that would allow some terminally ill patients to seek a prescription for a lethal dose of drugs that they could then administer to themselves.
Nicholas Pugliese, The Record Read more

Port Authority commissioner calls Wildstein ‘a cancer’
An outgoing commissioner of the Port Authority said he viewed David Wildstein, the government’s main witness in the George Washington Bridge lane-closure trial, as a political operative who was a “cancer” to the agency during his time there.
Dustin Racioppi, The Record Read more

New Jersey weighing issuing drought warning for 12 counties
The state will decide within a few days whether to issue a drought warning for the 12 counties in central and northern New Jersey, as warmer than normal temperatures, increased demand and less than normal rainfall this year have caused reservoirs and stream flows to drop significantly.
James M. O’Neill, The Record Read more

4 years after Sandy, some still fight dunes at Jersey shore
Opponents of New Jersey’s plan to create protective sand dunes launched a new legal battle against it Thursday, hours before similar work advanced at the opposite end of the shore.
Associated Press Read more

Muslim? No apartment for you! — Woman refused housing over religious beliefs
Fatma Farghaly saw a Craigslist ad for a one bedroom apartment in Elizabeth. When she called she was told it was still available and to come check it out. When she arrived wearing her khimar head covering, the landlord asked if she were Muslim. She told him yes. He then said flat out, “I don’t rent to Muslims.”
Jeff Deminski, NJ101.5 Read more 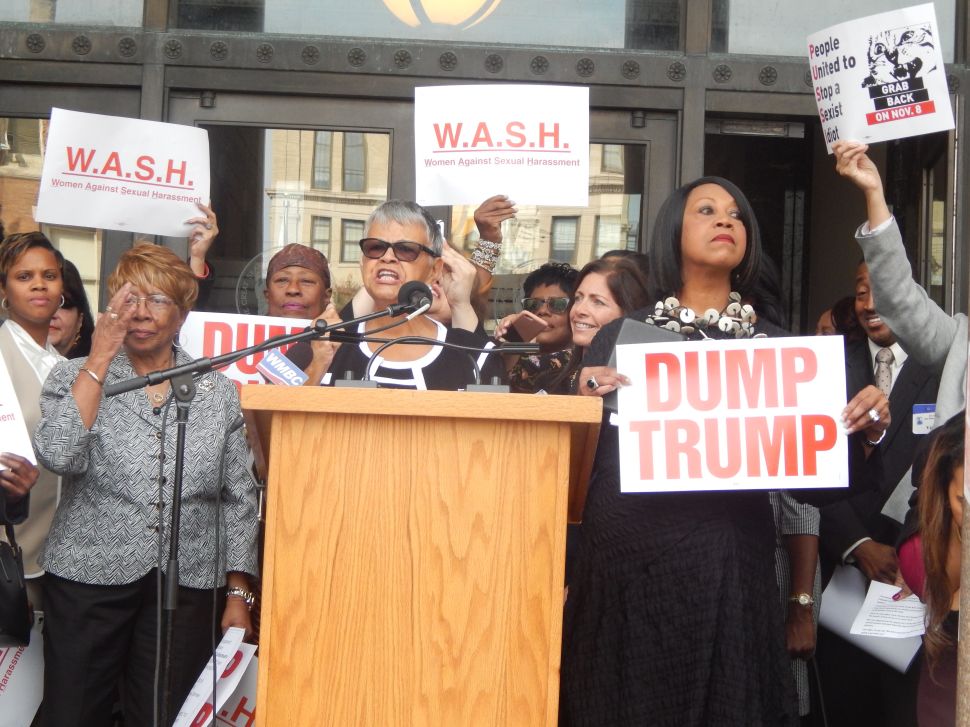