Imagine 1,000 cars in a traffic jam on your fingernail. The newest Nobel Prize in Chemistry might make a vision like that possible.

Three scientists — Jean-Pierre Sauvage, J. Fraser Stoddart and Bernard L. Feringa—were jointly awarded the prize this morning for their work with nanomachines, the world’s smallest mechanical devices. These moving molecules are one billionth of a meter in size and about one thousandth the width of a strand of human hair.

While scientists like Richard Feynmann had been doing research on molecular design and engineering as early as the 1950s, Dr. Sauvage took a big step toward their development in 1983, when he succeeded in mechanically linking two ring-shaped molecules to form a chain, called a catenane. This chain was the first molecular machine because it consisted of interlocked parts which moved relative to each other.

Dr. Stoddart made the next great leap forward in 1991, when he threaded a molecular ring onto a thin molecular axle and demonstrated that the ring was able to move along the spindle—when the two molecules met in a solution,  and the ring threaded onto the axle. Most importantly, Stoddart was able to completely control the machine’s movement—in chemical systems, the movements are completely random.

In 1999, Dr. Feringa solved the final piece of the puzzle when he became the first person to develop a molecular motor—he got a molecular rotor blade to spin continually in the same direction.

The Nobel committee said the trio’s work was “a molecular toolbox to build upon”—and the prize winners have already started looking into future applications themselves.

“Think about tiny robots that the doctor in the future will inject in your blood veins, and they go search for cancer cells or going to deliver drugs,” Feringa told The New York Times.

Other scientists agree that the medical applications of nanomachines present exciting opportunities.

“These molecular machines will be good for getting into very small places, such as delivering pharmaceuticals in the bloodstream or inside the veins and arteries,” Dr. Donna Nelson, the president of the American Chemical Society and a professor of organic chemistry at the University of Oklahoma, told the Observer.

Dr. Nelson also said nanocells could be more useful if they were created for entirely new purposes, rather than performing artificial tasks that regular cells can already do.

“They would be much more valuable if they were designed to do things that regular molecules did not do,” she said. “They can fulfill a material role that has not been realized yet naturally.”

Dr. James Tour, professor of chemistry, materials science and computer science at Rice University, has put these material roles into practice—using Dr. Feringa’s model, he developed a nanocar with fully rotating axles and wheels which can drive along a surface.  These vehicles only measure two nanometers by three nanometers.

According to Dr. Tour, molecular machines would be most useful in manufacturing—he pointed to the field of bottom up construction, in which molecules build a small structure into a big one or vice versa. Nanomachines, as developed by the three Nobel laureates, would be useful in miniaturizing or maximizing.

“These smaller molecules are working systems,” Dr. Tour told the Observer. “Sauvage interlinked molecules, Stoddart showed that you can control how they would respond by sliding back and forth and Feringa’s motors could do macroscopic work and drive through cell membranes.”

Some companies are already using the ideas of Dr. Tour and the three prize winners in manufacturing. The Brooklyn-based company Nanotronics uses nanoscience imaging to produce advanced microscopes.

“It became clear that experts including this year’s Nobel laureates had proven that the future would be molecularly precise and far more abundant than it is today,” Nanotronics CEO Matthew Putman told the Observer in an email. “This is just the beginning of the onslaught of nanoscale technologies that are becoming a reality every day.”

Apart from the detailed science, Dr. Nelson concluded that cachet of the Nobel Prize will get more people interested in nanomachines in general.

“Any time that a particular topic receives a Nobel Prize, that particular area blossoms immediately afterwards because so many more people are interested,” she said. “It will present new opportunities, make the area very desirable and capture the interest of students.” 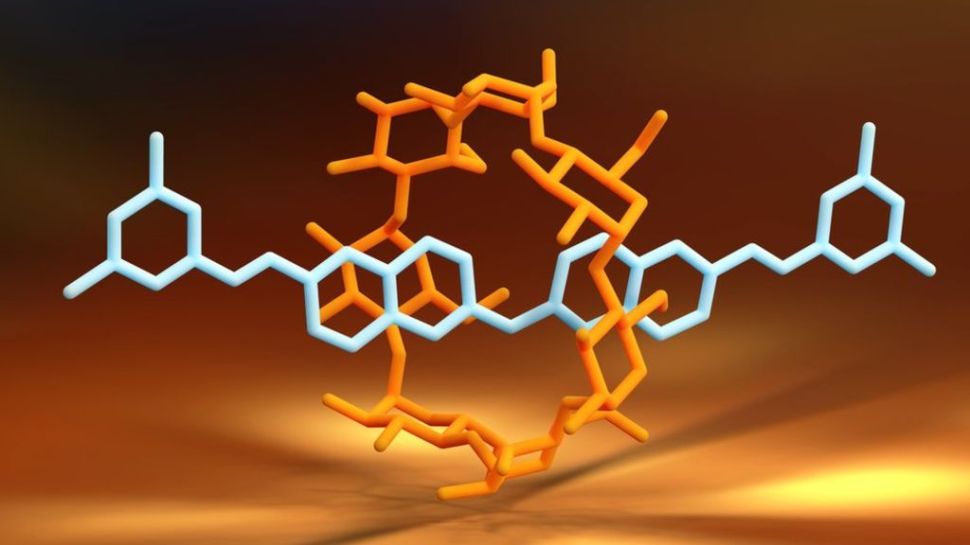