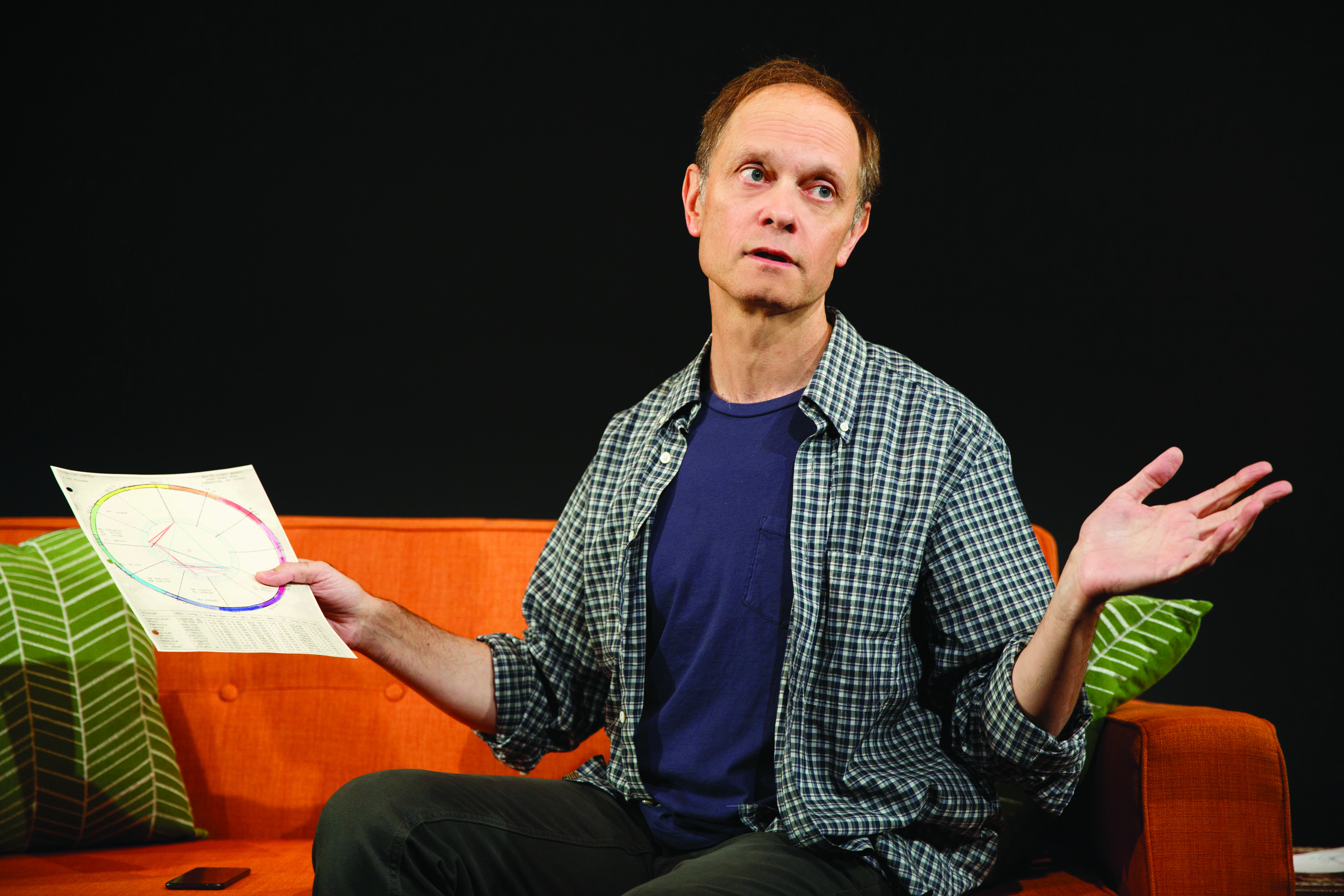 No matter how hopeless the new theater season seems lately, it can’t get any worse than a worthless piece of head-scratching junk called A Life. Typical of the stuff Off-Broadway nonprofit companies like Playwrights Horizons excel at—discovering wacko plays by delusional writers who defy narrative traditions, make no sense and leave audiences stunned—this is theater that dares survival. What attracted an agreeable pro such as David Hyde Pierce to appear in it is anybody’s guess.

He plays a gay man named Nate, who works at a dead-end job as a proofreader “at a stupid ad agency.” Nate just broke up with his lover, and now he loses himself in the study of astrology to figure out what went wrong. In his 30s he lived in Rhode Island in an apartment with a hair salon on the first floor. That’s when he lost faith in everything, and the woman who owned the shop did his chart, predicting he would meet someone special. Two weeks later, he got a new credit card, his parents gave him a car, and he met a German boy who was a Leo. But that’s all in the past and his life has tanked. In what is basically a one-hour monologue, Nate talks about his failures, jotting notes on a to-do list and reflecting on things that have happened to him that shouldn’t happen to a dog but in retrospect do not seem all that unusual. Sometimes he takes out his horoscope and talks about his rising signs and what it all means.

The play…is about a lonely loser looking for love and never really finding it. What else is new? This is New York City.

Hyde Pierce is not uninteresting as he rattles off a litany of life’s pitfalls and tribulations, including a lot of failed relationships with men, religions and group therapy. And so the play, by Adam Bock, is about a lonely loser looking for love and never really finding it. What else is new? This is New York City. But the writing is so downbeat and atonal it rarely engages the listener, despite the star’s funny, offbeat way of saying things that make you smile. He always has a strange way of staring blankly ahead with reactions that seem grounded and moment-by-moment natural. Unfortunately, this also leads to some downright deadly pacing under the flaccid direction of Anne Kauffman that seems hell-bent on putting the audience to sleep. Then, wham! Nate doubles over in pain and falls in a stupor to a sitting position on the floor, where he remains, motionless, for what seems like five or 10 minutes, and never speaks again. The lights go down, the set turns sideways, and morning sun cracks through the window. Hyde Pierce remains on the floor with his eyes closed. The lights go down again and it’s night. Nothing. This goes on for a stage pause that seems to last for an eternity. The audience mumbles. Is the actor dead?

No, but the character is. And so is the play. Paramedics enter and zip him into a body bag, chatting away about superficial things. In the end, Hyde Pierce is laid out naked on a slab in the morgue while two medical assistants prepare him for an open-casket burial while engaging in even sillier banter while they trim his toenails, clip his nose hairs, shave his face and apply lipstick. The end.

A Life makes not one lick of sense. It’s only 85 minutes long with no intermission but seems like a week at hard labor. It is the worst play I have suffered through since a god awful piece of crap called If There Is I Haven’t Found it Yet by the pretentious hack Nick Payne, which was produced in 2012 by the Roundabout Theater Company and marked the American stage debut of Jake Gyllenhaal. He didn’t save that turkey, and David Hyde Pierce can’t save this one. I’ve always found him curious and interesting, but even an unusual actor needs a good play. Pale and thin, and drained of all blood, he looks like a man who has spent years ignoring the advice of a good nutritionist. 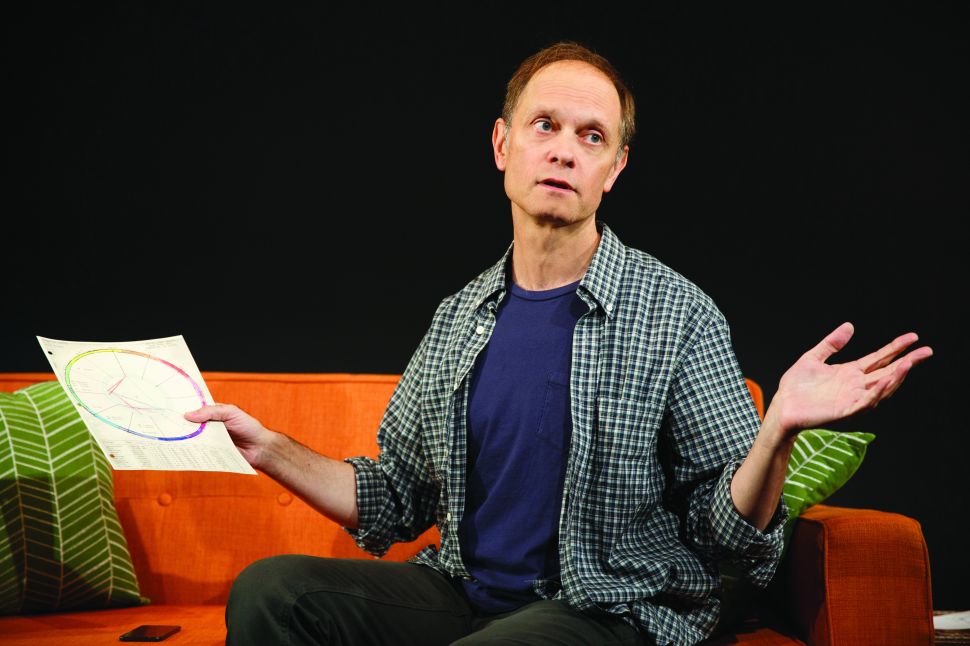