As in the U.S., the attention given to Alaska Day—October 18—in Russia doesn’t rise to the level of the national front page news. So far, it is not an official holiday in Russia—but, who knows, maybe that’s about to change.

This year, on Sailors Square in the town of Yevpatoria, Crimea—which Russia snatched from Ukraine more than two years ago—a small but sturdy red-bricked monument with a message to future generations of Russians was built. The monument is named “For the Edification of Posterity” and the inscription on it reads: “WE HAVE RETURNED CRIMEA, YOU ARE TO RETURN ALASKA.” Silhouettes of both Crimea and Alaska are engraved.

Shocked tourists, upon confronting the memorial, at first do not believe their eyes—but then begin taking selfies.

The U.S. purchase of Alaska from Russia in 1867 has been engulfed by conspiracy theories since the days of Soviet history textbooks that blamed Russian czars for every inch of Russian land lost to hostile outsiders. Disregarding the facts, one popular belief is that the Alaska purchase was a top-secret, “under the table” deal between corrupt Russian officials and Washington. By this logic, Alaska was not sold to the U.S. for $7.2 million in gold, but rather given under the terms of a 100-year lease. The theory here is that the American gold never reached the Russian treasury but drowned under mysterious circumstances in the ocean on its way to Russia—and the contract was not in Russian and never included the the word “sale.”

Last year, Russian TV released a documentary entitled “When Will Alaska Become Ours?”—arguing that, because Russia received only a meager portion of the promised $7.2 million for Alaska, the deal must be declared null and void.

Like the Japanese, who haven’t lost hope of regaining control over the Kuril Islands that were lost to Russia after WWII, Russian popular belief holds that Alaska is not really American, and there is a chance to have it back one day. (Vladimir Putin is set to visit Japan in December, and the islands will be first among topics to be discussed. Unlike Japan, though, Russia yet does not have her “Northern Territories Day” with regards to Alaska.)

The hit song by Russian pop group “Lyube” was entitled “Do Not Fool with Us, America!”—of course, about Alaska. “Do not fool with us, America!” sings the band. “The czars were wrong! Russia and Alaska are two banks of the same river! Give back our dear land, dear Alaska, give it back to us!” In the video, Alaska is taken from the U.S. at gunpoint.

Lyube is rumored to be one of Putin’s favorite pop groups—the frontman, Nikolai Rastorguyev, received awards for merit and honor from Putin for his patriotic songs.

“We should have returned Alaska a long time ago!” sings Mashany, a performer from the Siberian city of Novosibirsk. She was virtually unknown until her hit, which trashes the dollar and demands Alaska be returned.

Maybe she, too, will be awarded by Putin.

The conviction in Russian claims on Alaska starts from childhood. In the Ural city of Chelyabinsk this summer, middle school students enacted a promise to “return” Alaska to Russia one day. The performance followed a Japanese samurai dreaming of getting Kuril Islands back to Japan from Russia. At one point, a boy covering his face with Putin’s mask appeared and, skillfully copying the sarcastic tone of the Russian President, asked the samurai, “But who will give them back to you?”—to the laughter and applause of the students. “I will be frank,” little Putin continued, “we do not need other people’s land, we take back what belongs to us. We took back Crimea. Alaska is next. And I do not want to hear about Kuril Islands anymore!”

Some of the evidence Russians use to defend their claim to Alaska is strange, to say the least. When Alaska Gov. Sarah Palin became famous for her words—which she never quite said—that she could see Russia from her house, her second name resonated in Russia because “Palin” resembles a phrase of Russian origin that means “one who lit a fire.” Palin’s husband also has Russian blood—therefore, Alaska is Russian!

There are signs that Putin shares these beliefs.

Two and a half years ago, during his yearly televised conference call with the Russian people, Putin was asked, “Are there plans to unite Alaska with Russia? We [Russians] would be very happy.” (The question was inspired by the recent acquisition of Crimea.)

“Do you know that there is a joke calling Alaska ‘Ice Cream,’ Vladimir Vladimirovich?” an eager sycophantic moderator played to the joy of the audience. When said with strong Russian accent, “ice cream” sounds like “iced Crimea.”

Putin appreciated both the joke and the question. “Yes, I know [about the joke],” he said. “My dear caller, why do you need Alaska? Although we sold Alaska to the United States for a song, we [Russia] are the Northern country.  Seventy percent of our territory today is located in regions of the North and Far North. Alaska is not in the Southern hemisphere. It is also cold there. Let’s not be hot-tempered. [If we unite Alaska with Russia] we will have to pay Northern subsidies [to the local Alaskans], we will have to account for extra expenses,” joked the president to the amusement of his audience.

But, at least for now, realists prevail in Russia. On October 19, the Federal News Agency of Russia poured cold on the popular aspirations: “America will never return Alaska to Russia, that’s a fact, and nothing can be done about it.” 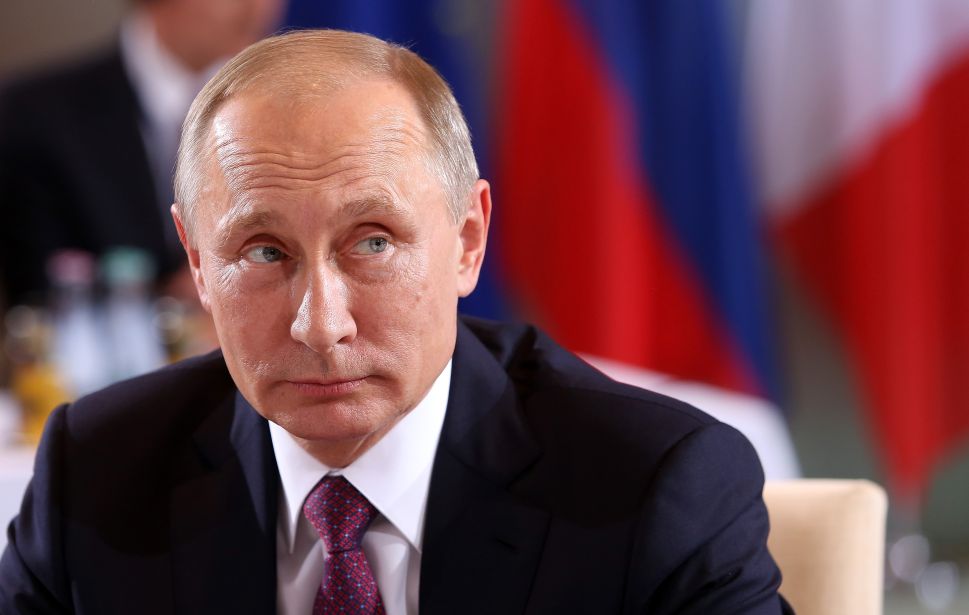