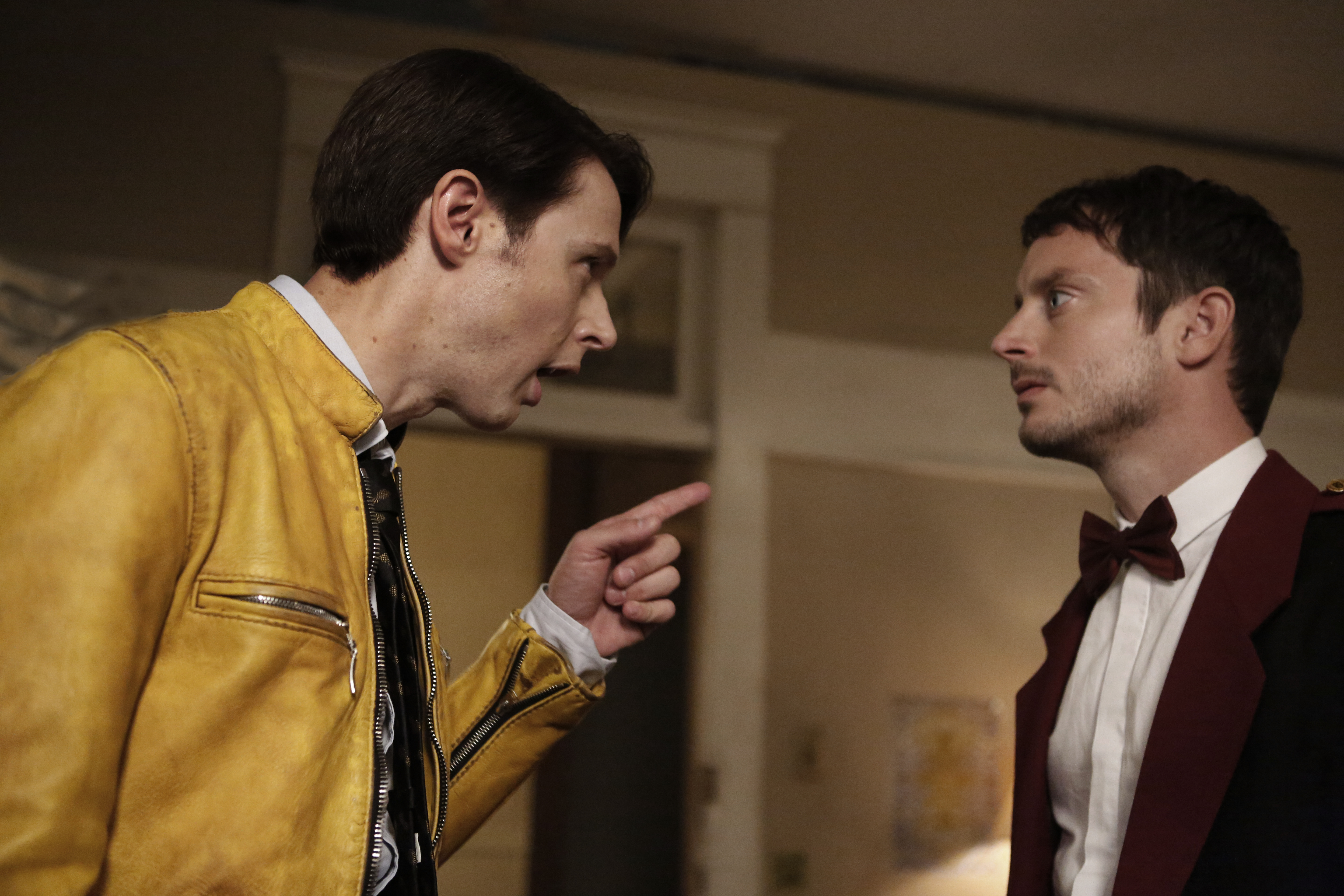 The tagline for BBC America’s latest eight-part import, the comedic mystery-thriller Dirk Gently’s Holistic Detective Agency, reads “Everything is connected.” Which sounds simple enough, really, until you actually watch the thing; hell, until you watch the first episode alone, which includes, but is not limited to, a couple horrific murders, what appears to be more than a few demons, Elijah Wood doppelgangers wearing fur coats, a murderer in a monkey mask and a corgi puppy leaving bloody yet adorable paw prints at the scene of the crime. After an hour’s worth, to say everything in Dirk Gently is connected is a bit like piecing together a jigsaw puzzle while tripping balls on acid.

“For the first season the endgame is, ‘figure out what the fuck is going on.’”

“For the first season the endgame is, ‘figure out what the fuck is going on,’” explained series creator and writer Max Landis, speaking to reporters backstage at Madison Square Garden during New York Comic Con weekend. Landis, who you have probably gotten mad at on Twitter at least once, strikes what you would call a boisterous figure, sporting hair dyed every color of the rainbow and prone to outbursts about the X-Men films (“Just do the 90s cartoon as a movie! It isn’t hard!”). But his outspoken, clown-ish nature is almost key to making a story like Dirk Gently work, considering that to bring the character to the screen is to adapt the work of one of history’s greatest humorists, Douglas Adams, who published two novels featuring the eponymous “holistic detective”, along with an unfinished third story published after the author’s death in 2001.

It’s a particular brand of pressure not lost on self-professed “fanboy” Max Landis. 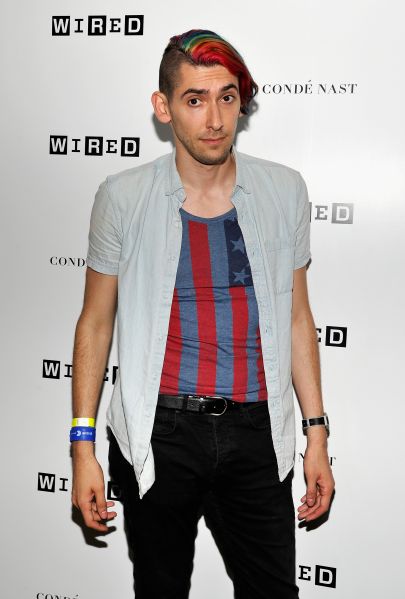 “The original books are less thrillers and less mysteries than they are sort of show pieces for Douglas Adams. Dirk, in the books as presented, he’s wonderful and he’s funny but he’s not a complex character,” Landis said. “Which, when you’re just reading the books, is wonderful, because there’s no bullshit to distract you from Douglas Adams making you laugh. But when you’re watching on TV, it needs a little more heart. One of the reasons I feel that Douglas Adams adaptations often feel a little bit off is because they just do the things that happen in the book.

“For Douglas Adams,” he continued, “if you adapted him directly, you’d be doing him a disservice.”

Perhaps even more keenly aware of Adams’ galaxy-sized shadow is Britain-born actor Samuel Barnett, who takes on the title role of Dirk Gently. “Back home, Douglas Adams is universally beloved,” he told the Observer. “Everyone loves Hitchhiker’s Guide. And the fans of Dirk Gently are even more die-hard, because it was more a cult book.”

Physically, the 36-year-old actor is a far cry from the pudgy, dishevelled Gently that Adams describes. But the motor-mouthed Whitby native instills a welcome warmness in the character; the relationship built between Gently and timid Todd Brotzman (a perfectly jumpy Elijah Wood) is the genuine heart underneath the series’ madcap brain.

Samuel Barnett: “The thing about Dirk is…he believes in interconnectedness, and yet the one thing he struggles with is connection.”

“The thing about Dirk is just that beautiful thing of like, he believes in interconnectedness, and yet the one thing he struggles with is connection,” Barnett said. “He’s an incredibly lonely character; he’s looking for a friend, he’s looking for security, he has absolutely no people skills. To call him a detective even…A ‘detective’ is just the closest word he can find to try to describe what he does.  He does try and help people, he’s just really, really bad at it.”

Considering Dirk’s fondness for interconnectivity, the question then becomes how the bombast and bloodshed of Landis’ series fits in with BBC’s established giants; Dirk Gently premieres alongside Doctor Who, as well as the first ever Who-spinoff, Class. That’s the question the Observer poses to Landis, moments before he, the cast, and a band of costumed corgis are whisked off to a Madison Square Garden-sized New York Comic Con crowd.

The writer thinks for a moment before answering. “Although it might be sillier, [Dirk Gently] is also a bit grittier than our companion shows on BBC America. The stakes are real, people die on this show. Very few people get their brains blown out in Doctor Who.” He glances over at the titular Time Lord himself, Peter Capaldi, chatting amiably with reporters just a few tables away. “Especially not people you like.” 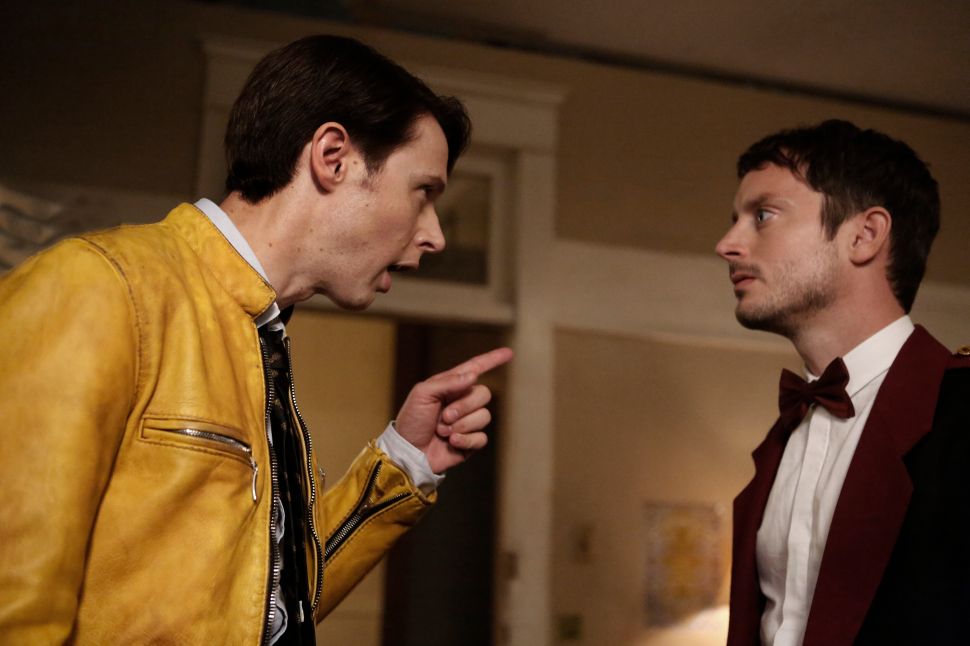