It’s a tough time to be a Bob Dylan fan.

On one hand, the Nobel Committee’s decision to award him the Nobel Prize for literature has caused many to revisit his work, beyond “Times They Are a-Changin” and “Blowin’ in the Wind”. But it’s been frustrating, too, reading the countless thinkpieces and their attempts to qualify or disqualify Dylan for the honor. (Save a few moments for my colleague Tim Sommer’s wonderful homage, though, which doesn’t fall into the same traps and remembers to include Dylan’s messy poetry collection, Tarantula.)

The glut of these thinkpieces go for the quick nods in Dylan’s lyrics, when literature is evoked but not practiced. It’s clear that Dylan alluded to Rimbaud and Verlaine, the former a fellow child prodigy who also tapped into the surreal and upended the bourgeois. And we can read Dylan’s name-dropping of Joyce or Fitzgerald in the lyrics without the help of this Quartz piece, which ignores the simple fact that referencing writers alone does not literature make.

And why the fuck doesn’t anyone mention Chronicles Vol. 1, Dylan’s great memoir? That one allowed Dylan to weave transitory moments from his life into flowing, lucid asides that may or may not themselves be an extension of the same liberties with poetic license he practices throughout his career.

So this Dylan fan has his grievances, mainly because there are several moments in Dylan’s catalog that do qualify the man as a literary force beyond his clever rhyme schemes and name-dropping. And I reckon we ought to start with the great “Gates of Eden” off of Dylan’s half-electric, half-acoustic mindfuck, 1965’s Bringing it all Back Home.

While Dylan opens the second acoustic side with “Mr. Tambourine Man” evoking a Golden Dawn of his own (Sorry, Nazis) it’s “Gates of Eden”, with its imagery pulled straight from William Blake’s “Songs of Paradise”, that was a crucial escalation in Dylan’s evolution of literary form. This song marks the point in his songwriting career when Dylan borrowed his stylistic choices straight from one of his heroes, and not just a line or two.

Blake’s describing heaven in contrarian terms, taking care to emphasize the flaming swords and the sense of eternal absolution involved for everyone inside its gates. For his part, Dylan subverts the idea of Eden with similar grim imagery, before inserting himself in the final stanza as he waits for a lover. He’s also building a divine lexicon to further subvert in the album’s next track “It’s Alright, Ma (I’m Only Bleeding)” that begins with what may or may not be the same gate—”darkness at the gates of noon.”

“Gates of Eden” doesn’t stand as Dylan’s most bold literary indulgence, but it shows his ability to distill the themes of a literary work, and the intentions behind those themes, into his own songwriting. The line, “there are no trials inside the Gates of Eden,” meanwhile, nods to a theme that Dylan would explore much more deeply two years later. For that reason, even though his other ’65 album, Highway ’61 Revisited is chock full of literary goodness, let’s move on to 1967’s Blonde on Blonde.

Dylan goes into Blonde on Blonde‘s “Visions of Johanna” still obsessed with the idea of a trial, a legal proceeding, being treated as a divine moral precedent. “Inside the museum, infinity goes up on trial,” he sings on “Visions of Johanna”. “Voices echo, ‘this is what salvation must be like after a while.” The continental European writers, namely Dostoevsky and Kafka, also went pretty deep into a similar reading of litigious proceedings. The reason that it matters what translation you read of Dostoevsky classics like Crime and Punishment and The Brothers Karamazov is because his language was crucial to his characters discovering the difference between what “law of man” and “law of god” actually meant.

Kafka, of course, was a legal clerk who wrote heady, existential studies of the hypocrisies and futility in litigious systems. For him, the language of law was an especially subversive means of exploring morals and ethics. This comes to a point in Kafka’s The Trial, when a mise en abyme occurs during the proceeding, a parable within the parable.

“Before The Law” was one of the only things Kafka actually published before his death, and though he ordered the rest of his work destroyed, it was published posthumously anyway. This meant that “Before The Law” first existed out of its context in The Trial as a stand-alone micro-work, and its personification of “The Law” as a capitalized, tangible physical presence presiding over the trial proved crucial to Dylan on Blonde on Blonde.

“Before the law sits a gatekeeper,” goes the parable. “To this gatekeeper comes a man from the country who asks to gain entry into the law. But the gatekeeper says that he cannot grant him entry at the moment. The man thinks about it and then asks if he will be allowed to come in later on. ‘It is possible,’ says the gatekeeper, ‘but not now.’ ”

Dylan’s already borrowed Kafka’s idea of the country boy outside the gate from earlier, he’s looking at the trial as something more celestially ordained, and like the man from the country, he’s experiencing infinity on trial. In the gatekeeper’s parable, the gate will open, but “not now.” The problem is that, at any given moment, it’s always now.

Later on  Blonde on Blonde, Dylan’s singing to “Absolutely Sweet Marie” about being in jail when this parable seemingly gets referenced much more explicitly—”But to live outside the law you must be honest, I know you always say that you agree, so where are you tonight, Sweet Marie?” The country man in Kafka’s parable wants to stand before the law, but soon realizes it will involve some trick, or some manipulation of reality. Hence, Dylan’s assertion that living outside the law, being fully beyond its mechanistic mode of process and categorization, can only be practiced by an honest man.

Of course, his best lines offer many different interpretations.

Dylan’s hero Woody Gurthrie also wrote in the liner notes for “Pretty Boy Floyd” that “I love a good man outside the law, just as much as I hate a bad man inside the law.” And author Jonathan Lethem suggests in “The Ecstasy of Influence” that Dylan may have heard a line from the ’58 film The Lineup and just have been inspired—“When you live outside the law, you have to eliminate dishonesty.”

I prefer my Kafka interpretation because it fits with Dylan’s cohesive thematic exploration of “trials” and “law” beyond just this tune, though. And he’s already grown adept at such thematic cohesion throughout Blonde on Blonde, as evidenced on the stunning closer, “Sad-Eyed Lady of The Lowlands.”

When Dylan wails, “My warehouse eyes, my Arabian drum—should I put them at your gate, or sad-eyed lady, should I wait?” on this track, two literary things are happening simultaneously. He’s carrying the aforementioned imagery of the gate through to the album’s conclusion, repurposing it from Eden on the last record into the entrance of this woman’s body by the end of the album, for one.

But Dylan’s also taking a cue from Gustave Flaubert’s 1856 novel Madame Bovary, which was tried for obscenity in the French courts upon its release.

The latin definition of “ob-scene” literally means “off-scene,” and was tied to the novel because of a particularly steamy passage where the text heavily implies through metaphor that the main characters are having sex in a horse carriage. Though never explicitly described, it’s juxtaposed with the carriage horses furiously barreling down a cobblestone road, their hurried breaths, their neighs and the like. In his own way, Dylan’s mastering Flaubert’s knack for describing intimacy without actually saying anything sexual, too, as he lays with the sad-eyed lady.

Are you still there? That was a lot of Blonde on Blonde, but it’s important because it’s really the point that Dylan stops feeling content with just name-dropping and starts applying the literary stylistic wisdom of the masters who came before him onto his own work.

Fast forward to ’76’s Desire, and a song called “Black Diamond Bay” that describes a whole narrative on a tropical island with a casino, and a volcano that’s set to erupt at any moment. It’s been suggested before that Dylan is nodding to Heart of Darkness author Joseph Conrad’s 1915 novel Victory here, as that story features an island, a casino, a volcano and even the eventual suicide.

“Presently, above the dense mass of vegetation that Samburan presents to view, he saw the head of the flagstaff without a flag,” writes Conrad. “Then, while steaming across the slight indentation which for a time was known officially as Black Diamond Bay, he made out with his glass the white figure on the coaling-wharf.”

Dylan’s skill at shaping his words into a cogent narrative paint an island of lost souls, featuring a countess, a closet-case Greek, and more of the sort of people who might gravitate to a casino in no-man’s land. But Dylan’s not concerned with the melodrama of Conrad’s tale so much as the scene and setting for his own ends. And we get a nod to those ends when Dylan references a creeping yellow fog on the island, an image he may have borrowed from T.S. Elliot.

“Prufrock knows that his life has been wasted in indecisiveness, trivia, cheap restaurants, pointless chit-chat,” writes Dylan archivist Tony Attwood. “Prufrock is a failure in a world of failures, he could easily have washed up on Black Diamond Bay and would not be out of place beside the woman, the gambler, the Greek, the desk clerk…These are the characters that populate Dylan songs (remember Louise and Johanna, with Little Boy Lost in ‘Visions of Johanna’ – drifting and lost). These are the people Dylan observes.”

Those are but a few of the literary allusions that fortify Dylan’s best work, of course.

We could also talk at length about his using an old black Vaudeville routine, “Open the Door Richard,” in his “Open the Door, Homer” on The Basement Tapes. Dylan’s making use of a phrase that was re-appropriated by the civil rights movement to allude back to one of the first teachers and historians, Homer, as a paean of why our country needed to re-educate itself.

We could talk about “Changing of the Guards”, the first track on Street Legal, as an autobiographical odyssey that finds Dylan fulfilling a timeless musical crusade, with Tarot imagery cheekily bolstering our hero’s journey into the realm of celestial significance.

But ultimately, all analyses ultimately do a disservice to the power of words like these, words that can only be parsed by listeners with a similarly voracious appetite for literature as their author. This has long been Dylan’s way, not just of illuminating his style and form with words, but of illuminating his deepest meditations on philosophy, on consciousness, and how they guide us still. 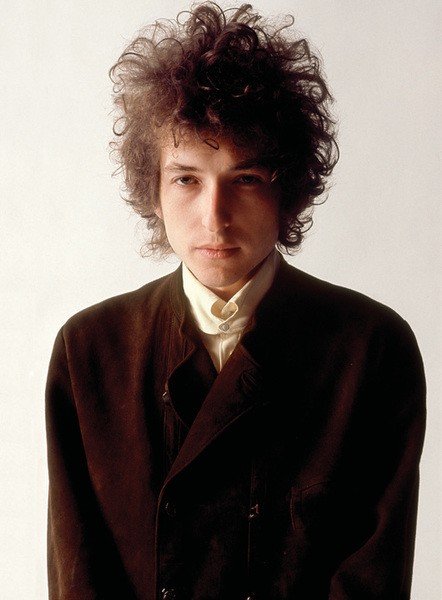