Last year Slack, the so-called e-mail killer, integrated with e-mail. It was inevitable. Slack was built with really beautiful design, but it’s impossible to compete with a universal standard. E-mail is still the number one thing we use the internet for, and it’s still growing.

“Companies have built these really big monopolistic services,” Rafael Laguna, founder of Open-Xchange, told the Observer in an interview. “They all want you to stay inside these silos.” In creating Open-Xchange, Laguna decided to pursue a completely different strategy: build apps that were completely open source, that anyone could use.

His Germany-based company has grown to some 200 employees since 2008 by licensing software to major internet service providers that anyone could download and install for free. “The wireless services have learned the hard way that selling an iPhone doesn’t sell them,” Laguna explained. His company lets internet service providers white label his company’s software as a way of making their services stickier for their customers.

This reporter has been looking for an alternative to Google Docs. You know what feels weird? Drafting stories about how creepy it is that Google watches you constantly in a word processor that Google built, knowing full well that Mountain View servers have read what I’m going to say about the company long before my readers do, but that access in the cloud is so helpful.

The service presents two big problems. First, it uses its own format. It’s easy to convert documents to other formats, but my whole archive of writing depends on this giant company continuing to support the format. If it pulled the plug one day, I could lose everything. Second, Google watches everything users do with it, which is especially troublesome for folks who do sensitive work (such as journalists, but plenty of other professions should be careful too)

So I have been on the market for a Google Docs alternative that uses a standard format for text and uses end-to-end encryption. With encryption, I can be the only person that can read it (until I want to share it with the world).

Earlier this month, at the Open-Xchange Summit 2016 in Frankfurt, Greg Hill, a senior developer at Open-Xchange, gave a presentation about OX Guard, the company’s implementation of PGP encryption, and said that OX Guard would extend its encryption functionality to OX Documents. According to staff at the company, that functionality should go live in early December.

Right now, users can encrypt documents stored in OX Documents, but to edit the documents they need to remove encryption, edit them and then restore encryption. It’s a bit cumbersome. When the next update goes live, a user will be able to open and edit an encrypted document by simply entering a password.

I took my notes for this story using a version of OX Documents that Open-Xchange gave me access to. Its UX is not as good as Google’s. For example, inserting a link gets a bit cumbersome.

SEE ALSO: An alternative to using your credit card to shop online.

OX Documents right now looks like the fairly stripped down, characterless product that you might expect an ISP to offer customers, but I can live with a less charming interface if it means I’m not voluntarily building a profile inside servers that never forget. But companies really are paying Open-Xchange’s services, which leaves them free to build it out without any incentive to monetize me.

Open-Xchange doesn’t directly offer its products to the public, but consumers can pay for access through its partners. For example, Mailbox.org offers a basic account for 1€ (euro) per month. It permits users to pay with bitcoin, which would mean that they would never even have to disclose their name to the service.

Open-Xchange has hit on a clever business model. It’s allowed Laguna to successfully recruit large companies into the movement to offer online services that respect privacy.

By making its software completely open and free, it has the potential to eventually get offered more and more widely, on more and more services. That’s why e-mail will never be disrupted by a closed system like Slack. That’s why most servers run on Linux, even though some of the biggest tech companies in the world wrote their own operating systems for servers.

Open-Xchange has a vision that one day these open source versions of basic cloud applications could similarly spread across the internet. As they do, big companies like Google will only be able to see our work when it’s finished, rather than watching every keystroke we make along the way. 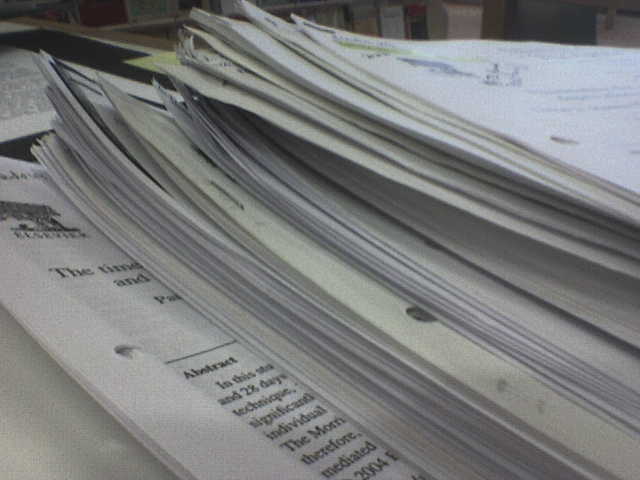