Assemblyman Steven Cymbrowitz has built up a reputation in his predominantly Jewish southern Brooklyn district as a fierce ally of Israel and supporter of efforts to sanction and ostracize Iran—but recent financial filings show he socks his personal cash in companies that do business, legally and illegally, in the Shi’ite theocracy.

Cymbrowitz’s disclosures to the state’s Joint Commission on Public Ethics indicate he has as much as $19,000 stowed in businesses that have received fines and criticism for violating the U.S.’s longstanding trade embargo against Iran. The Obama administration’s Joint Comprehensive Plan of Action lifted these restrictions last year in exchange for a decade-long pause in Iran’s nuclear program, an agreement the assemblyman publicly opposed.

“As New Yorkers who witnessed 9/11; as Americans, as Jews and for some of us children of Holocaust survivors, we understand fully well the ramifications of failing to take sufficient precautions against untrustworthy governments that use intimidation as a weapon,” Cymbrowitz wrote in a press release last August, referring to the accord as “a flawed proposal that gives too much leeway to a terrorist regime, leaves Israel and the rest of the Middle East vulnerable to an arms race and ultimately threatens world peace.”

This was far from the first time Cymbrowitz struck a rigid posture on dealings with Iran. He backed the Iran Divestment Act of 2012, which barred New York government from doing business with companies that sank money in the Middle Eastern nation’s energy sector. In 2013, he used his spot on the Assembly’s Insurance Committee to co-sponsor legislation barring insurers from claiming investments in companies with assets in Iran in their financial solvency statements.

“Iran is a volatile and dangerous regime that seems committed to building its nuclear capability. Policyholders in our state deserve better than to have any association with a government that seems intent on executing mass destruction,” he said in a press statement at that time. “We need to do everything we can to avoid feeding the coffers of nations that engage in terror, and this legislation helps New York State to fulfill this moral obligation.”

Later that same year, he lashed out at Brooklyn College for hosting a panel that featured a British writer who had defended the Islamic republic’s ex-President Mahmoud Ahmadinejad’s demand that “Israel must be wiped off the map.”

But when it comes to his personal finances, Cymbrowitz passion for depriving the country of revenue seems to disappear. His JCOPE filings indicate he has up to $5,000 invested in both the oil and natural gas giant Weatherford International and in Schlumberger Ltd., a top petroleum exploration firm.

In 2013, Weatherford agreed to cough up $253 million in fines to settle charges it had violated federal sanctions by selling equipment in Iran and other embargoed countries like Syria, Cuba, Somalia and Venezuela. Three of the company’s subsidiaries pleaded guilty to the accusations.

Last August the Treasury Department found Schlumberger, which owned the company Well Services of Iran until to 2010, in violation of sanctions against Iran and Sudan. The government determined one of the company’s subsidiaries had sought to circumvent the embargo and conceal their activities by transferring equipment and capital into the two pariah nations from projects sited in countries with open relations with the U.S.

“Schlumberger’s senior management knew or had reason to know of the conduct giving rise to the alleged violations,” the Treasury Department said in its report.

Cymbrowitz’s filings also show he has up to $1,000 invested in the construction crane-maker Terex (which admitted to the Securities and Exchange Commission in 2009 that its foreign subsidiaries sold parts to Iran), manufacturer Pentair (which confessed to the same in 2012) and in the power management firm Eaton Corporation (which informed the SEC it had a licensed 50 percent stake in a project in Iran and had sold more than $2 million in products in the nation prior to 2010). He has the same amount stashed in Cigna Corp. (an insurer that California found held equity in an oil firm operating in Iran), Parker Hannifin (featured in the 2007 Iranian Oil Show), Huntsman Corp. (which the Congressional Research Service determined had done business in Iran via foreign subsidiaries) and Boston Scientific (which acquired 75 special licenses from the federal government to operate in Iran prior to 2014).

He also has as much as $1,000 stashed in financial services company State Street and in technologies firm Ecolab, which were among the first corporations to take advantage of newly relaxed relations with Iran this year.

In his one-line response to the Observer, Cymbrowitz appeared to signal he was unaware he had such assets and indicated he might seek to drop them.

“Thank you for bringing this to my attention and I will discuss these investments with my financial advisor,” the legislator said. 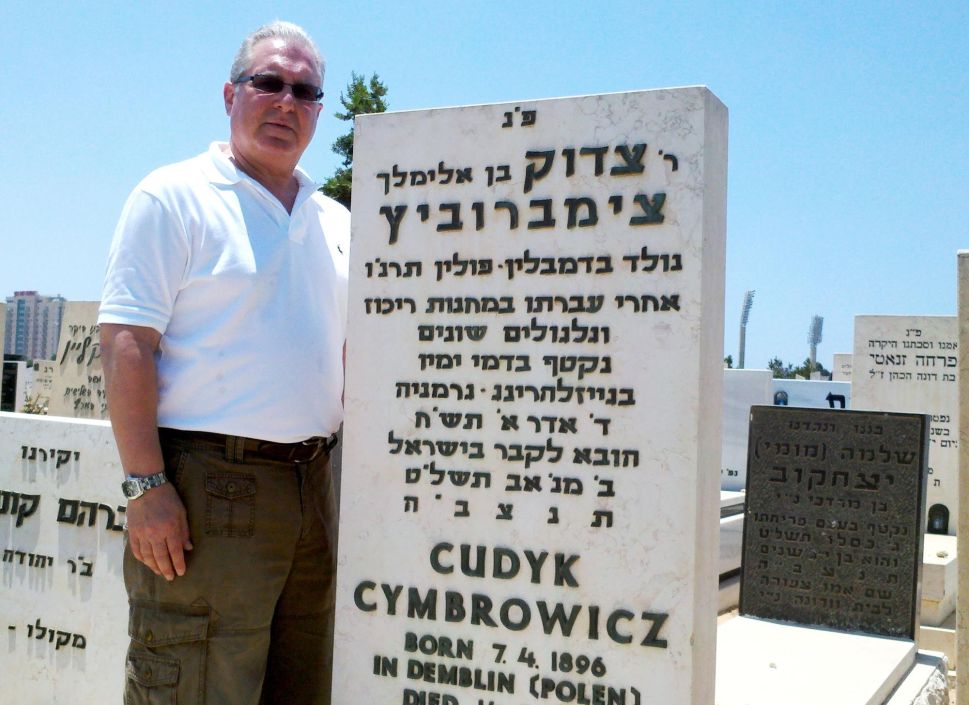