It’s Thursday, and even the Yom Kippur holiday couldn’t keep the political news from happening in New Jersey yesterday. We had Chris Christie firing the first of what are likely to be many shots at the probable Democratic candidate aiming to replace him, news of the vast amounts of cash spent in the battle over expanding casino gaming in the state, some good news (finally) for NJ Transit and a look at some of the ramifications of various candidates’ decisions not to enter the gubernatorial fray.
Add to that, the ability to purchase fruit-flavored medical marijuana lozenges and a pair of newspaper presidential endorsements and you have a full day of headlines. So to catch up on all that you might have missed yesterday, read on.

Quote of the Day: “We can’t continue to have, and I fear that we’re going to have, a candidate for governor who has become an absolute hostage and apologist for special interest in the state, especially (the New Jersey Education Association). Selling his soul for the Democratic nomination for governor,” – Gov. Chris Christie, staking out some of his objections to Democratic gubernatorial candidate Phil Murphy.

NJ Transit project boss could be next executive director
NJ Transit’s new boss could be the man who has overseen some of the agencies biggest capital projects.
Larry Higgs, NJ.com Read more

Ray Lesniak not running for Governor – what it means for NJ, US gaming issues
This one is for the countless followers on Twitter and my blog who don’t even live in New Jersey, or even on the East Coast, or even in the U.S. – but who are interested in the future of various gambling industry issues. For them, state Sen. Ray Lesniak’s decision announced this week that he would abandon his quest o become Governor of New Jersey has significant ramifications.
John Brennan, The Record Read more

NJ casino question spending a record
Groups supporting and opposing casino expansion to northern New Jersey have spent a record sum of nearly $20 million to persuade voters ahead of the November ballot question, according to records obtained by The Associated Press.
Associated Press Read more

Super PACs have money to spend after Sweeney, Fulop forgo NJ governor’s race
In preparation for what was expected to be a fierce primary for the Democratic nomination for governor, two independent political groups spent more than a year raising millions of dollars to back their favored prospective candidates.
Andrew Seidman, Inquirer Read more

Now available in N.J.: Cherry or grape cannabis lozenges
The first cannabis-infused lozenges approved for sale in New Jersey were offered to registered medical marijuana patients Tuesday at a dispensary in Camden County, one year after it opened.
Jan Hefler, Inquirer Read more

NJ reports only 2 ‘substantiated’ rapes at prisons since 2012
There are nearly 80 more male workers at a New Jersey women’s prison where three alleged rapes occurred in the past eight months.
David Foster, The Trentonian Read more

Most Minors Tried As Adults in NJ Black or Latino
Young offenders who commit certain crimes in New Jersey — like homicide, robbery, or drug trafficking — can be tried as adults and face the same, long prison sentences as adults.
WNYC News Read more

Long but not so difficult road for NJ Transit train crash suits
When Sheldon Kest climbed out a window of the NJ Transit train that hurtled into Hoboken Terminal on Sept. 29, his right middle finger was partly amputated and his face was covered in blood. On Monday, a week and a half after the accident, Kest became one of the first passengers from the train to file notice that he plans to sue NJ Transit over the crash.
Christopher Maag, The Record Read more

Report: Casino parking down in Atlantic City
A report finds fewer people are parking at Atlantic City casinos, but more are staying at hotels in and around the city.
Associated Press Read more

Atlantic City As GOP Metaphor
In a normal election cycle, this news item related to one of the two major candidates might have made it to the front page. But of course. . .yeah, you can fill in that blank.
Steven Conn, Huffington Post Read more

Paterson council rejects $1.6M deal in US Supreme Court case on campaign sign
In the middle of Paterson’s worst fiscal crisis in years, the City Council in a split vote shot down a $1.6 million settlement proposal in a former cop’s political retaliation lawsuit, ignoring warnings that to do so could end up heaping even greater costs on taxpayers.
Joe Malinconico, The Record Read more

Garrett ad brings back old allegations against Gottheimer
A new television ad by Rep. Scott Garrett accuses opponent Josh Gottheimer of assaulting and intimidating a neighbor – civil claims she later withdrew – and it comes as Garrett is said to be one of the must vulnerable incumbents in the nation and as fellow Republicans are endorsing his Democratic challenger.
Herb Jackson, The Record Read more

Central N.J. hospital up for sale has several suitors
JFK Medical Center, one of the largest employers in Middlesex County but one of the last few remaining independent hospitals in New Jersey, is shopping around for a potential buyer.
Susan K. Livio and Spencer Kent, NJ.com Read more

NY/NJ bombing suspect to be arraigned Thursday
A man accused of setting off bombs in New Jersey and New York is due to be arraigned on charges he tried to kill police officers.
Associated Press Read more

Role shuffling in Secaucus may take John Gerbasio’s name off the November ballot
If you plan on voting for John Gerbasio in the November election for Board of Education, you should know that his name might disappear from the ballot.
Allison Pries, The Record Read more

Jersey City ‘not cool,’ has ‘no vibe,’ N.Y.C. exec says
An executive with co-working firm WeWork, which is slated to open a location in Journal Square, doesn’t appear to think much of Jersey City.
Terrence T. McDonald, The Jersey Journal Read more

Could Newark be given control of Harrison’s fire department?
Harrison could lose its fire department if the town and local fire union do not negotiate a state-approved contract that will trim the town’s budget by $1.5 million.
Caitlin Mota, The Jersey Journal Read more

The ethics of releasing the infamous Donald Trump recording: Were there any?
I realize the idea of ethics is totally absent from television.
But if I were Donald Trump, I’d cry foul.
Paul Mulshine, The Star Ledger Read more

EDITORIAL: Clinton should be next president
On Nov. 8, Americans have the chance to choose between two visions for America: one that clings to a past that never really existed and one that promises our best days are ahead.
Courier-Post/The Daily Journal Editorial Board Read more

EDITORIAL: : Clinton America’s best bet
One of the nastiest presidential election campaigns in modern history will come to a merciful close on Nov. 8, pitting two of the least popular presidential candidates in the past century against one another. Only one of them is qualified to occupy the Oval Office: Hillary Clinton. For us, it is an easy choice.
Asbury Park Press Read more 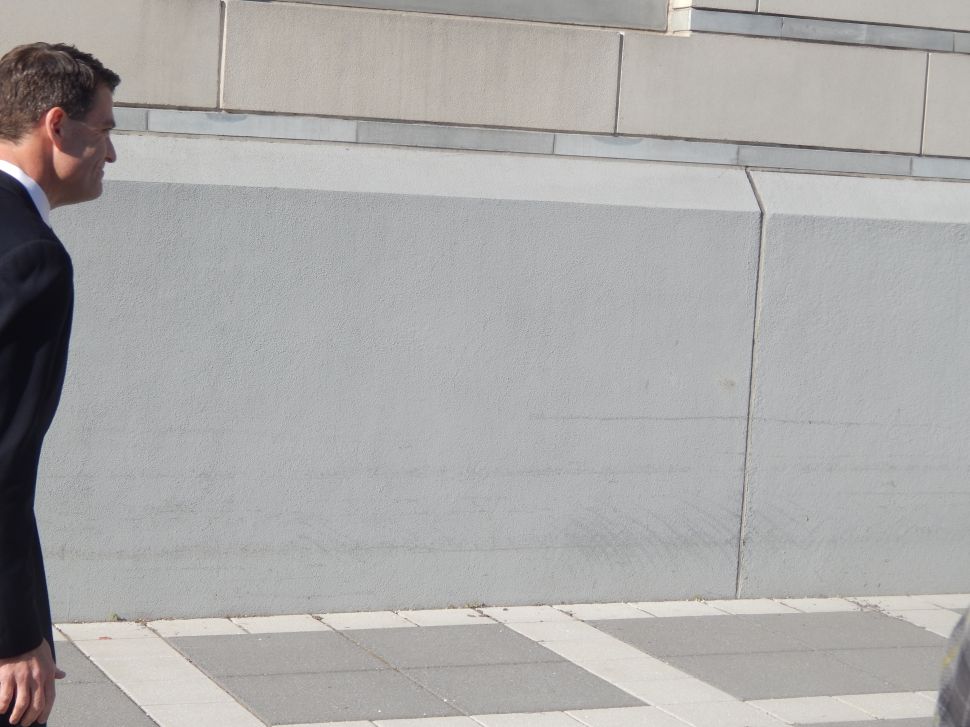