Pop Psych: Where we ask a real psychotherapist to delve into the mindsets of our favorite pop culture characters. This week, HBO’s new robot epic, Westworld.

There’s a lot of talk these days about Mindfulness and how it impacts the field of therapy. In any given dozen Huffington Post articles I guarantee you’ll come across about half that are devoted to Mindfulness and its healing effects on the psyche. Be mindful, feel better; that’s the promise. But what almost all of the articles on Mindfulness fail to explain is how to actually be more mindful, what set of actions and intentions do the job of leading you to “better”. At best, the articles recommend being present or aware. They want you to pay more attention. But to what, they don’t tell you. Probably because they don’t know.

HBO’s new series, Westworld, seems to be pointing towards the same cloudy set of assumptions. Set in a theme park seemingly inspired by all the worst parts of a BioWare video game, Westworld purports to be a live-action pleasure park where visitors can go “full evil” with no consequence, so long as they didn’t bring their spouse and kids. It’s a fairly embarrassing/sadly accurate vision of the future, one that claims we’d all prefer to spend our time playing with RealDolls and G.I. Joes, and it says a lot about how our minds operate.

Amid the standard, planned-for chaos of the park’s day-to-day routine, we viewers get to see a new development unfolding. The robots are coming to life! Or…maybe not? Maybe they just look a lot like they’re coming to life, but actually are just accessing old programs in new and unexpected ways? By the end of the first episode, the show has us about as confused as all the second-tier scientists employed by the park. What’s going on with these robots, why are their behaviors suddenly so erratic?

The show drops us a couple clues to what might be affecting the behavior of the robots, and in so doing shows its hand in how it regards cognition. Cognition is a bafflingly complex subject, but to put it very briefly, it’s the process of knowing. The word itself comes a long way from an ancient Greek form of the verb gignosko, which means “I know”. And the “I” in that translation is important, because it points to something fundamental about cognition: in order for it to occur, something has to be present to receive it. A robot can process information, but a being can know it.

The question becomes, how do you know something? That is, what’s the difference between storing and acting on data, versus knowing what’s happening? Before jumping in, let me be clear that the jury is very much still out on this, to the point that some academics don’t believe that cognition really even exists. Personally, I’m about halfway sold on the idea, so take all of this with a grain of salt and spend some time trying to experience whether you actually exist or are just a clever pile of learned responses to external stimuli. Go on, take a minute and try it!

Ok, now that that’s through, we can jump into what this is all about. If you actually indulged me and tried to experience yourself, you may have noticed that experience has a location. The way post-science societies prize the mind’s role as a thinking machine tends to lead to the inaccurate assumption that existence happens in thought-space, which is nebulous but linked to the head. In reality, when you pay attention to how you understand the world you live in you start to notice that your sense of existing is anchored to your feelings, and feelings happen in the body.

This is the missing piece in most Mindfulness instruction these days – that your mind isn’t a cloud, it’s your body. If you want to be very picky, you could say it’s your nervous system, but the main point is that the mind happens in your meat zone. In Westworld’s first episode, we see a lot of robots being pulled out of their world and detached from their physical forms before being asked to report. Naked, frozen, sometimes missing limbs and fully removed from context, they are asked to speak about their state of mind – what would yours be like in such a situation?

The most telling scene in the episode – the one where Dolores Abernathy is brought out of her world, frozen, and pumped for information by Ashley Stubbs, the head of security – makes a lot of propositions about this. Stubbs boots her up and she immediately appears to hyperventilate, so he tells her to disengage her emotional affect and work with cognition only. She immediately gets her breath under control, and he asks her if she knows where she is. She replies that she’s in a dream, and that she’s terrified. But without access to body or emotional affect, it seems like she shouldn’t be able to know this.

Of course, maybe it’s the case that a robot’s cognition functions on an inherently different level than a Human’s, that seems reasonable. But what does this mean for all the people enjoying the park? It comes as no surprise to me that the chosen theme of the Westworld park is one that existed only in a very brief bubble of time. By setting the park outside of a time that remotely resembles modern life, the designers are able to place their customers outside of their lives both physically and temporally. Throw some costumes and a couple ten-gallon hats in the mix, and you have the perfect recipe for convincing someone to forget themselves.

This is how you end up with park attendees bragging about going “full evil”, or feeling blasé about a murdersex romp. The park seems to make an astonishing claim about its own effects on people, something along the lines of bringing an IT employee from 0 to sexmurderer in about ten seconds. Which is why Teddy is such a necessary guide, even though his presence does give park attendees the creeps (though that might have more to do with James Marsden’s natural unlikeableness than anything else). We follow the urges in our bodies to the natural, violent ends of Westworld, but those same bodies remind us that we’re not supposed to go kill-crazy within city limits. Thank god we have James Marsden’s cold, lifeless eyes and cold, lifeless demeanor to guide us into the night.

See, that’s the thing – try as we might, we Humans can’t turn off our emotional affect.

See, that’s the thing – try as we might, we Humans can’t turn off our emotional affect. It’s why Westworld works at all, why Shannon Woodward, a programmer at the park, still likes to make out with frozen robots. You can think better all you like, but knowing happens in your body, and your body loves the pack. Hell, your body loves anything that remotely resembles the pack, like the jaunty face made by your bathroom sink’s faucet. If you start to pay attention to your body, you will find, I guarantee, that this is true.

This, actually, is why we think we’re not in a dream. As opposed to Dolores’ startling self-awareness, we Humans are convinced this is all real. Our bodies tell us that the world we live in makes logical, coherent, and causal sense. But it doesn’t – the many worlds theory of parallel realities makes it clear that time is conditional, that for any given A there are near-infinite variations of B that could come next. And once we have found out which variation we get, our minds go back and make it seem like that was the only option. This is the function of our imperfect memories, a kind of smoothing-over process that the robots of Westworld don’t get to benefit from.

For the mindful among us, this is all quite clear. Life appears to be a straight line from one input to one output, but in reality it’s much closer to a nexus of outcomes. Oddly, this is how the park operates, too. A tightly-scripted quest hub offering a million variations on the same outcome: some sexy murder time. But is this satisfying, or is it just entertainment? Ask the Man in Black, he seems to know. 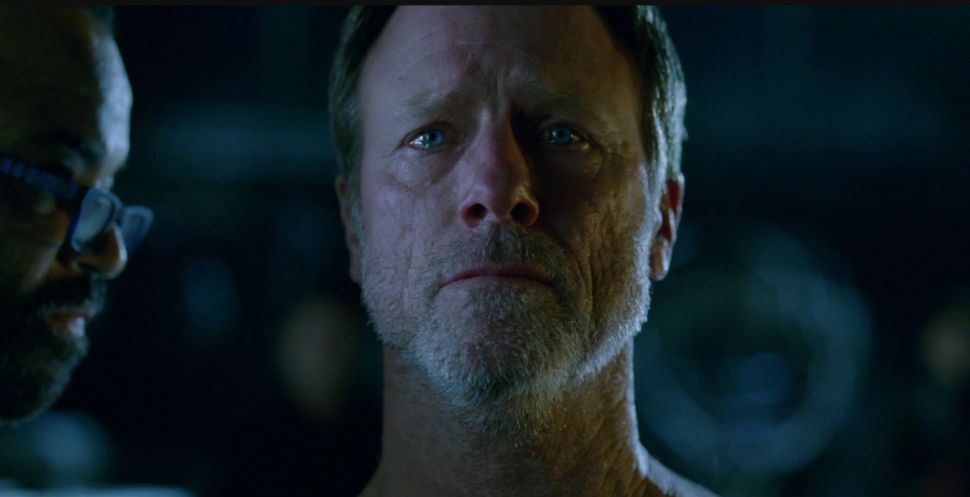