Bridget Anne Kelly, a Bridgegate defendant, has been presented as a scapegoat for the closures by her attorney. (Photo: Mark Makela/Getty Images)

NEWARK N.J. – Closing arguments in the Bridgegate trial wrapped up on Monday as attorneys from both sides presented their final words to the jury before the beginning of deliberation. Now jurors will have to decide whether or not defendants Bill Baroni and Bridget Kelly will be found innocent or guilty of the nine counts of conspiracy and related charges they face due to alleged involvement with the September 2013 lane closures of the George Washington Bridge.

Baroni is one of the defendants in the Bridgegate trial. Jurors will now deliberate to find a verdict of innocent or guilty. Alyana Alfaro for Observer

During his closing statements, Critchley continued the narrative he has invoked throughout the trial: that Kelly—his client and the Deputy Chief of Staff for New Jersey Governor Chris Christie at the time of the lane closures—is a scapegoat in the conspiracy. Critchley has claimed that Kelly was not a member of Christie’s “inner circle” and, instead, was fooled by former Port Authority of New York and New Jersey Director of Capital Projects David Wildstein.

“Wildstein wants the mother of four to take the fall for them,” Critchley said of Kelly.

Conversely, attorneys from the U.S. attorney’s office painted Kelly during Monday’s rebuttal as a willing participant in the culture of Christie’s office that they say created the environment in which a scheme like the lane closures was seen as a reasonable move.

“She makes you… think that she is a victim of the governor’s office,” attorney Vikas Khanna said, citing Kelly’s acknowledgement of the fact that she willingly ignored Jersey City Mayor Steven Fulop’s 2013 requests for meetings and got caught up in an anti-Fulop sentiment that she said pervaded Christie’s office in 2013. “She has embraced the punitive nature of the governor’s office.”

According to Khanna, while Critchley is presenting Kelly as a scapegoat for the closures, her actions and the evidence show otherwise.

“That was the Kelly who sent the ‘time for some traffic problems in Fort Lee e-mail,” Khanna said of the August 2013 e-mail that first pointed to knowledge from Kelly about the closures.

On Monday, Critchley repeated calls made by Baroni’s attorney Michael Baldassare on Friday for the jury to weigh the “good faith defense” as a central part of their deliberations. According to the attorneys, the jury must consider statements made by both Kelly and Baroni that they were duped into believing that the GWB lane closures were part of a traffic study because they had no reason to doubt the word of Wildstein. Critchley said that the good faith defense holds up even if that “good faith” was wrongly placed by the defendants. 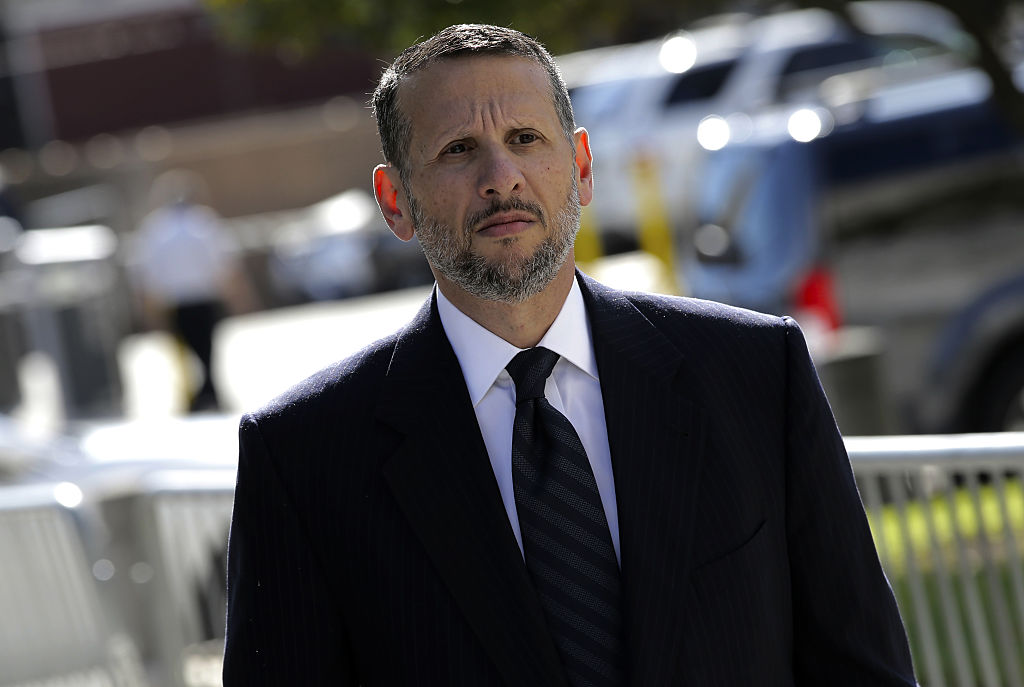 David Wildstein was working at the Port Authority of New York and New Jersey at the time of the lane closures. He claims that both Baroni and Kelly knew that the closures were an act of retribution against Fort Lee Mayor Mark Sokolich. (Photo: Peter Foley/Bloomberg via Getty Images)

However, while Baldassare and Critchley claim that a guilty verdict would mean the jury took Wildstein’s testimony as fact even when it contradicted the testimony of other witnesses, the prosecution said that evidence presented in e-mails, text messages, Baroni’s lack of communication with the supposed target of the lane closures (Fort Lee Mayor Mark Sokolich), the relationship of the governor’s office to Fulop, Baroni’s legislative testimony (now considered untruthful) etc, is “more than sufficient” to confirm the guilt of Kelly and Baroni. During his rebuttal, Khanna said that statements made by defense attorneys that Wildstein’s testimony is the “whole case” are not true.

According to Khanna, Wildstein has nothing to gain from lying about Kelly and Baroni’s involvement. Currently, Wildstein has a plea deal  and has already admitted he was the mastermind of the scheme. He faces 15 years in prison for his involvement. Khanna said the witness has no motivation to “wrack up convictions” in this case. The attorney said that, had Wildstein had that incentive, he likely would have filled in gaps in his recollection with evidence incriminating higher-level figures mentioned in the trial like Governor Christie.

As with Kelly, the prosecution and defense also represented Baroni in stark contrast during closing statements. On Monday, Khanna reminded jurors of the close personal relationship Baroni and Wildstein shared and said it “makes no sense” that Baroni wouldn’t know about the lane closures when Wildstein entrusted him with details on other sensitive matters in the last as both a friend and a superior at the bi-state agency. On Friday, Baldassare reiterated the claims Baroni made while on the stand that he simply “believed David Wildstein.”

“They lied… when they thought no one was watching,” Khanna said of the defendants.

The jury will now deliberate.