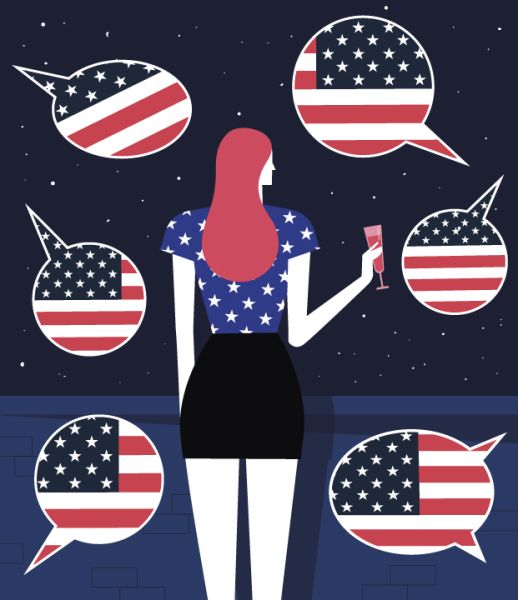 On the night of the first presidential debate, I made out with a Hilary hater who, nonetheless, I found incredibly attractive. Over sushi, we watched man v. woman on the Hofstra stage. We kissed. I took off my shirt and watched him melt. I felt beautiful, unbound. Our attraction scared us both.

The next day I fell ill. I was laid up with a fever. I sweat so hard I drenched the bed. My hair knotted from days of tossing. My body was uninhabitable. And I thought, “Maybe I’m allergic to men.”

I went to the doctor. She told me I looked like shit.

She gave me codeine and cortisol and warned me a post-infectious cough could last up to a month. “Just in time for the election,” I thought. Would I make it?

I was restless in bed, so I went to a party at an economist’s house for the second debate. My chest felt like it was crumbling, almost hollow. I wore a black leather miniskirt by Céline.

A boy found me. I pointed to my chest and mouthed, “Can’t talk.” We hugged instead.

I followed him out on to the terrace. It was cold.

“Ages ago,” he said and smiled. “I just got back from rehab.”

“Whatever,” he said, “they just pumped me up with Xanax.”

I couldn’t tell if I wanted to kiss him or protect him. I coughed. I told him I doubted I was still was contagious. He didn’t care.

The debate was about to start.

“You watching this shit?” he asked.

He told me he was for Trump. His family was in real estate, but he didn’t really care who won. The world would continue.

“I’ll bet you’re for Hillary,” he cocked his head. “You’re the most pro-woman woman I know—other than like, a lesbian.”

There were two floors, each with big screens and rows of white chairs.

“Let the Hunger Games begin,” chimed a man in a pinstriped suit.

We were tense. All these people I didn’t know. I looked around and noticed hot girls in tight pants and stilettos. Many bared midriffs. Models? Hookers? I had seen a Jacuzzi on the top floor. These girls were down to fuck. Wait what? Whose voice was that in my head?

“Nobody respects women more than I do,” Trump bellowed.

An older, married couple sat next to me. The wife stroked a Pekingese stuffed in a red Birkin.

“That’s right,” the husband barked, “bring up those emails.”

He recoiled from his wife’s glance. “What? I’m not going to vote for him, but he can’t let her get away with everything.”

The wife buried her face into the Pekingese.

During the post-debate spin, I ran into the economist on my way out. I thanked him.

“What a mud fest,” he fretted. “Help yourself to a drink.”

But I was too sick. I didn’t have the stamina. I pushed my way to the elevator and felt a tap on my arm.

“I know you,” said a tall man with stubble and movie-star looks. Foreign, boarding school, trust fund, in finance and sophisticated.

He leaned in, “You must have blown me off.”

“Because I never would have let you go.”

“Do you remember anything?” I asked.

He shook his head. “Not much, other than I was fond of you.”

We had gone out just once and ended up in his bed. His eyes had glazed over, and I had wanted to go home.

“Can I just stick it in for a second?” he had asked.

He wouldn’t let up, so I put on my clothes. He had begged for it, getting angrier, until I had slipped out the door.

“Do you remember anything?” he asked.

The weather was surely changing. As I crossed the street, an SUV lurched toward me. I stopped. It stopped. I tried to cross again. It crept forward. Indignant, I pointed to the walk sign—I had the right of way. I tried again, but this time the SUV surged even further, screeching to a halt, just inches from my body. A man rolled down the window.

“I just wanted to see the look on your pretty face.”

He turned to his friend, another man, and they laughed.

Pussy has been polite and quiet for far too long. So what does Pussy have to say? She wants respect. 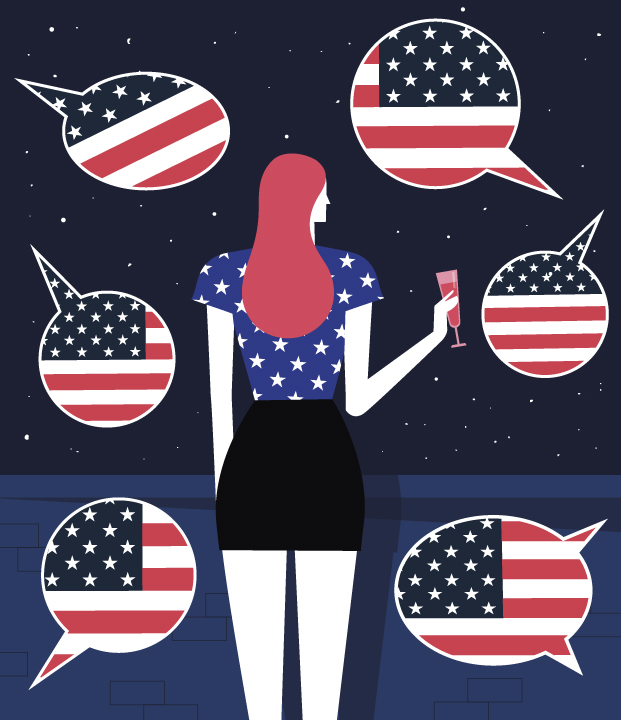