In case you haven’t heard, Raf Simons has moved to New York. The recently appointed chief creative officer at Calvin Klein has relocated to Manhattan for his new gig, so it only makes sense that he will be showing his eponymous brand here.

Mark your calendars for February 1, as that’s when his Fall 2017 collection will be shown during New York Fashion Week: Men’s. This is the very first time Simons will be showing his namesake line here.

This highbrow addition to the calendar is bound to strengthen NYFW: Men’s reputation among the other menswear fashion weeks around the globe. Since its founding in 2015, grumbles could be heard that this fashion week didn’t seem relevant or that it didn’t generate nearly as much buzz as Pitti Uomo or the runway shows in Paris. But since Simons‘ eponymous brand has a strong following, we have a feeling that the addition of this show to the calendar could lend some more interest to the relatively new fashion week. 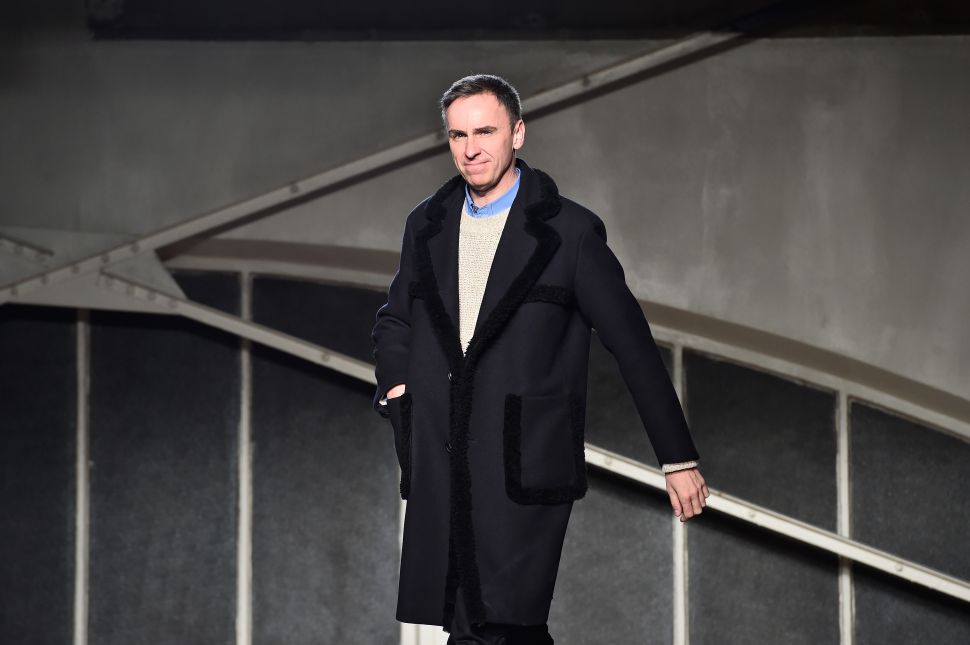