Woody Allen plays a vain, neurotic writer, who’s faced a career downturn and now has to contend with writing for television. His character concedes that, while television isn’t very prestigious, it might be financially lucrative.

A blue-collar worker doesn’t understand Woody Allen’s genius, and makes fun of him.

People make fun of Woody Allen for being vain, and also being pretentious.

Woody Allen is neurotic about his new barbecue. He can’t figure out how it works.

Silly housewives are in a book club, and they don’t understand Kafka, and the viewer gets to laugh about how much smarter we are.

They talk about Vietnam, and show a montage of footage from the 60’s, so we know this takes place in the sixties.

They mention actors from the sixties, so we know this takes place in the sixties.

Woody Allen’s prayer before bed is for his accountant to find more tax loopholes, so we know that his character is Jewish.

Woody Allen is neurotic about making sure his home alarm was set before bed.

There’s another nebbish character that’s basically a young Woody Allen, and his name is Alan, and the viewer is supposed to find this clever.

Woody Allen spends a little too much time going on about how much he likes young Alan’s young, pretty fiancé and this viewer was like, yeesh, come on, that’s an area that you might not want to lean into. 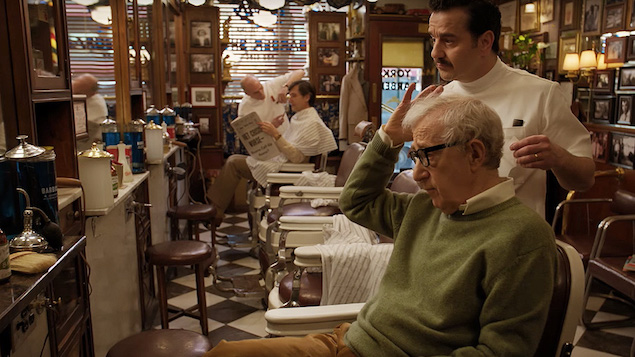