Today, the world stands at the precipice of another internet-style revolution.

Drones aren’t just changing construction and engineering; they’re conserving cultures, safely steering vehicles, and transporting us to new realities. In the coming decade, drones are projected to add more than 100,000 new jobs and $82 billion to the U.S. economy.

Only by learning from the internet’s early days, however — by viewing drones not as curious gadgets, but as problem-solving tools, and by paring back regulations accordingly — can we realize their full potential to revolutionize the world.

Unlike in the 1990s, our web-fueled world demands companies reimagine themselves every few years. While we’ve only scratched the surface of drones’ capabilities, it’s increasingly clear technology will dominate those reinventions. For the economy to evolve, companies small and large must have equal access to it.

Fortunately, this August, a “Part 107” rule took effect to lift Federal Aviation Administration restrictions that had shut entrepreneurs out by requiring commercial fliers to possess a pilot’s license. While multinational corporations could afford to hire pilots, few entrepreneurs, farmers, or researchers had the resources to do so.

That disadvantage allowed corporations and other nations to outpace America’s small-but-mighty innovators. Through field research, we learned drone surveys are 64 percent faster, require half the labor, and cost one-tenth as much as traditional surveying methods. Turnaround time is eight hours instead of seven days.

To retake the forefront of innovation, entrepreneurs should think back to the infant web. It wasn’t until dot-com startups partnered with accountants, marketers, doctors, and engineers that the web changed the world. Only when businesses came aboard did email usurp snail mail and digital information repositories replace encyclopedias.

The key with drones, too, lies in cooperation. Identify friction points that are slowing industry progress, then forge partnerships — like larger companies have already — to erode them.

With Part 107, the playing field for American companies has finally been leveled, but there’s a much larger one that hasn’t been.

Drones Around the Globe

It took years for the internet to spread across the globe. Even today, not quite 50 percentof the world’s population is online, and internet access correlates strongly with nations’ per capita income.

As with the internet, drone technology has followed an imbalanced adoption curve, with wealthier nations embracing it first. But unlike internet adoption, the U.S. doesn’t lead the pack with drone innovation. FAA regulations designed to protect Americans threaten to put U.S. entrepreneurs behind international players.

In Japan, China, and Australia, industrial drone flights are unrestricted as long as they’re on private property. U.S. regulations already distinguish between consumer and commercial use, so our nation could adopt similar policies.

“Investment is the key to a productivity revolution, and it is through innovation that we will lead the world in realizing a fourth industrial revolution,” Prime Minister Shinzo Abe says. “Autonomous driving, drones, and the healthcare and medical fields are all promising fields in which safety and convenience can be achieved together.”

In the U.S., regulations prohibiting drone operations beyond the pilot’s line of sightpreclude an “industrial revolution” like the one on Japan’s economic horizon. America’s entrepreneurs are competing against international businesses that have operated for years under flexible drone regulations. Canada has had simple, effective drone regulations for half a decade.

In the U.K., which requires that all public-sector projects beginning this year and onward use Building Information Modeling Level 2 technology, Leeds is working to become the first “self-repairing city” with drones helping to fix potholes, streetlights, and more. As fantastical as that sounds, the world isn’t far from self-sustaining cities. But under the United States’ current regulatory landscape, such innovations are off the table.

Drones are still in their youth, but the technology is already picking winners and losers within industries and, soon, on the global stage. If the U.S. economy is to maintain its lead, we must take a page from the web. By stripping away regulation, forging partnerships, and taking drones seriously, American entrepreneurs can remake the world again.

Christian Sanz is the founder and CEO of Skycatch, a drone data company based in San Francisco that provides end-to-end technology solutions for a wide range of industries. Christian is a U.S. Navy veteran with more than 20 years of experience in software and technical leadership. 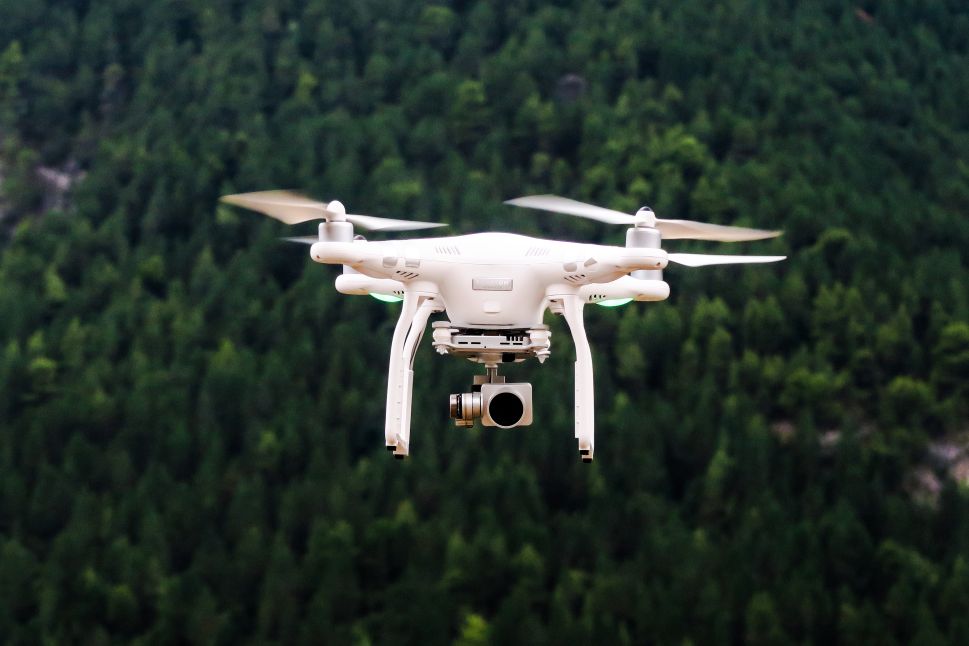