Following every RuPaul’s Drag Race All Stars, the Observer gets the scoop from one of the contestants. Next up: Alyssa Edwards.

Observer: Phi Phi kind of threw you under the bus in some interviews after she left the show. Do you think that was fair? Did you read what she had to say?

Alyssa Edwards: I did not read what she had to say. Positivity attracts positivity. I wasn’t reaching to see if anything else was said.

It seemed that you were kind of having fun with her and being tongue in cheek, and she took it real personal. Were you just having a bit of a laugh?

I think that he came in to this show with animosity, and he left with animosity. I don’t think it was just with me, though. I think it was with a lot of things. Ultimately I think it’s more internal than having to do with the surroundings. I am a bit sad that it wasn’t an enjoyable experience for him. I didn’t have an issue. I think this is very one-sided. When we hugged it out, it was over with. I didn’t realize that it was so severe that he felt this way about me or the show.

Your line, “back rolls???” is probably the biggest laugh of all eight seasons. If you had a negative self-image, you’d look at it like people were making fun of you. But it’s not really at your expense in reality, it’s just fun.

I had to learn that in my season. Be in on the joke. You get this amazing opportunity, you get this platform.

She claims you told her, “We will see who people believe because I have more followers than you.”

I never said that. He has his memory and recollection. I do think he’s a very creative and talented person who’s gotten a lot of negativity. But that’s not what I came there for. I don’t think his memory is…accurate.

You’ve competed a lot in pageants. Were you Miss Gay America or Miss Gay USA?

Of course those competitions get catty.

You can’t say the word “queen” without a little bit of “drama” in front of it, right? It comes with the territory. Throwing shade and all that is part of the gig, but it should all kind of be in fun at the end of the day. When you start turning down that dark road where there’s no light? Sometimes you put the car in park.

I’m sure if you lose a pageant you give that other queen a hug and wish her well.

Oh, absolutely. I’m a teacher, I teach children. Look, it’s not necessarily about winning the crown that night. It’s about winning your legacy, what you want people to remember you by. You don’t want people to think, “Oh, she was a person who was bitter because she didn’t win.” You can’t always win at everything.

It must have been kind of shocking but also kind of not that Detox chose you to go home.

Yeah. I mean, I kind of figured that friendship would come into play, and that’s the name of the game. I don’t hold a personal vendetta or a grudge. Like I say, it’s not personal, it’s drag. It’s been such a fun and rewarding experience for me, that’s what I want to hold on to. Of course we all want to win, of course we all wanted to make it to the final. But you have to look at what you did, the journey. That, to me, speaks for itself and it speaks volumes. So now instead of a fifth alternate, I’m a gorgeous fourth alternate.

As soon as you walked into the room in that first episode, Detox and Katya were giddy to see you. Was there a mental process on your catchphrase when you walked in?

I don’t like to do that because I know me and I’ll mess it up. I am bound to fuck it up. So I just go in and have fun. You’ve got your wig on, you’re going on TV again. This was something that was so underground and now is kind of mainstream. I went into this competition, I jumped in twelve foot of with no floaties. Them waves were raising.

Who were some of your favorite queens from other seasons?

Clearly Laganja and Shangela. I made a solid foundation with Vivienne Pinay from my season, we’re still very close friends. I enjoy Raven, Jujubee, Latrice…there’s so many! Violet Chachki, I’m a huge fan of her work. She represents a whole new era of drag.

Speaking of Laganja, was it hard as a drag mother seeing your drag daughter going through it on her season?

As a mentor, that’s what you do. We had several late night long talks, several lunch dates. He came to stay with me for like two weeks afterwards. I think he learned so much from watching himself and he’s such a stronger man now. It’s a tough competition and you’ve got to be prepared mentally. I mean, I am sitting at home right now and laughing at myself and having an absolute ball. You have to be able to laugh at it.

Is it true that Laganja going to be on All Stars but she pulled out?

She didn’t cancel. She was considered, but working with Miley Cyrus she had other projects in the making.

Thank you again for taking the time. Forget the dancing, I watch you for the catch phrases.

You know, I never know that’s what going to catch on. That’s my everyday language, so it’s kind of funny that people think it’s really humorous.

When my friends get told that they’re Gila monsters, I’ll put the blame squarely on your shoulders.

OK, I will take that! 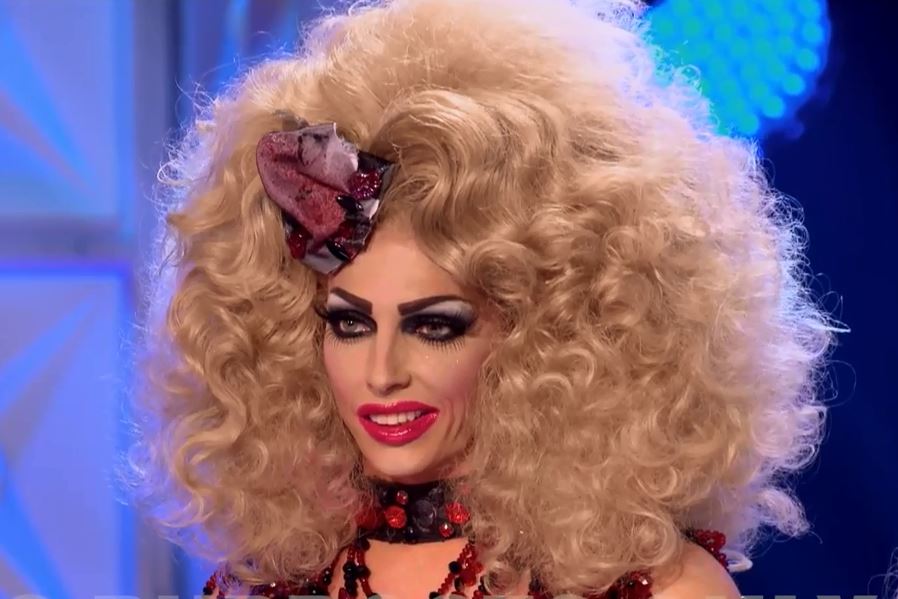