Following every RuPaul’s Drag Race All Stars, the Observer gets the scoop from one of the contestants. Next up: Tatianna.

Tatianna: By the way, your hold music is horrendous.

Observer: It’s already started! I’m glad you said that, I just spoke to you a couple of weeks ago so I thought we could do a little fun and play off of your video and talk crap.

You’re so good at it. So who do you think needs to be talked crap about the most?

Oh gosh, you’re not going to get that out of me. Who do you think ought to be talked crap about the most?

I would say Phi Phi.

Being honest with you, I don’t know that I have anything negative to talk about Phi Phi. She didn’t really piss me off that bad. The reason I eliminated her—I mean, the thing where she was kind of playing off me and Detox kind of annoyed me, but it wasn’t that major—I eliminated her because she did the worst in the challenge. When it comes to the stuff going on in social media with her vs. World of Wonder, those aren’t choices that I would make, but she feels some sort of way. I don’t know exactly what goes on or what has gone on between her and production. I wasn’t present for a lot of those things so I can’t say that she’s in the wrong, I just know that it’s not my thing. I like to ignore negativity and not speak on it.

Do you feel like you were treated unfairly by the show, either on season two or this time?

No. Here’s what they do. Here’s what all shows do. The majority of what you give them, is kind of what’s shown. On season two, I was 21, I was very green to the whole situation of drag and performing. And also I do like to play dumb to things, just to give myself an extra minute to acclimate myself to the situation. So I got kind of the dumb, ditzy, pretty edit. Whatever, it was semi-true to life. I don’t think I’m getting an unfair edit now. Everything’s been pretty true to life.

You were so young the first time around and now it’s six years later. How do you feel you’ve changed as a performer?

I’m definitely a lot more confident in the decisions I make as a performer and as an entertainer. I know exactly what I want to give and I go for that. With any trade, at all, the more you do it the more confident you get. That’s kind of where I’m at right now.

Your nationality is Italian?

I was wondering how you can be both Britney Spears and T-Boz. Is T-Boz a character you perform as?

I do her all the time. T -Boz, Britney Spears, Ariana Grande, Miley Cyrus. If you’re asking me to give you a character, I’ll probably give you one of those four.

How did you hear that Derrick Barry was going to be doing Britney during his season and what did you think of his performance compared to your own? You won yours, of course.

I didn’t know he was going to do Britney until I watched Snatch Game because production were very hush hush on giving up the details. When I saw he was going to do it I was like, Duh, well obviously. I thought he did a really great take. Me and derrick have a very different style of doing Britney. He has a very pop, very happy go lucky, like early 2000s type of Britney. I tend to like the darker Britney. Derrick’s favorite song to perform is “Toxic,” my favorite song is “Gimme more.”

Derrick got an enormous amount of vitriol on social media that was out of proportion. I didn’t understand where the animus was coming from.

That’s very, very true. Weirdly enough, I’m lucky this season because I have gotten like no hate. Which is weird, because on season two it was very down the middle on whether people liked me or not, because I was consistently defending myself or fighting with a bitch who’s coming for me. It’s very night and day for me, the difference in how I’m being received. Which is good!

Raven took a dig at you during season two that you just wanted to be a pretty girl. And you talked about how you used to dress in drag to go to school sometimes. Is that still something you do for fun or is drag strictly a performance thing at this point?

Here’s a random question: it’s hard to figure out how tall everyone is because of proportion, how tall are you?

Your elimination this second seemed a little unfair. Well maybe not unfair, but surprising.

No, you can say unfair.

Ok, when they did the walkthrough with the mentoring, you got the best reviews. Your T-Boz look was one of the best, if not the best, on the runway. And I don’t know that your commercial was particularly worse than Roxxxy’s. Plus, Roxxxy seemed like she’d run out of steam by her own admission whereas tou were champing at the bit to stay on. What criterion do you think Alaska used for elimination except friendship?

I don’t think there was any other criterion, to be honest with you. My commercial I did well in. I mean, I guess they edited out on the show, except for the top girls we all got a nice mixed critique/praise. Overall, I thought my commercial was well done, everything I said I was going to do during the walkthrough—where the guy said if you do that then you’ve got a win—I did. So to me, it was confusing that I was in the bottom because I came up with my idea, he said do it, I did it, and then somehow I ended up in the bottom.

Was it fair to say Roxxxy was sort of going through the motions at this point? Because I imagine being in the bottom several times is going to affect anyone’s confidence. Did she seem a bit defeated?

I mean, I did overhear her saying to Alaska, “If you want to send me home, then send me home.” So I was like, “Well ok, send her home! Done and done! I still want to be here.” I’m never going to say I’m ok with going home because I’m not.

During your season they didn’t really have Untucked the way they did later, where people talk about their personal lives. Are you close with your family? Do they support you as Tatianna?

Oh yeah definitely. My grandmother and aunt watch the show and text me about the show and who their favorites are. They’re very down for it and happy with how well I’ve been doing.

Who over the years have you been watching and absolutely living for?

From last season I was a really big fan of Naomi and Kim Chi. I also really liked Thorgy. I loved Pearl. Katya on her season, I was a little obsessed with her. She’s who I want to win this All Stars situation. 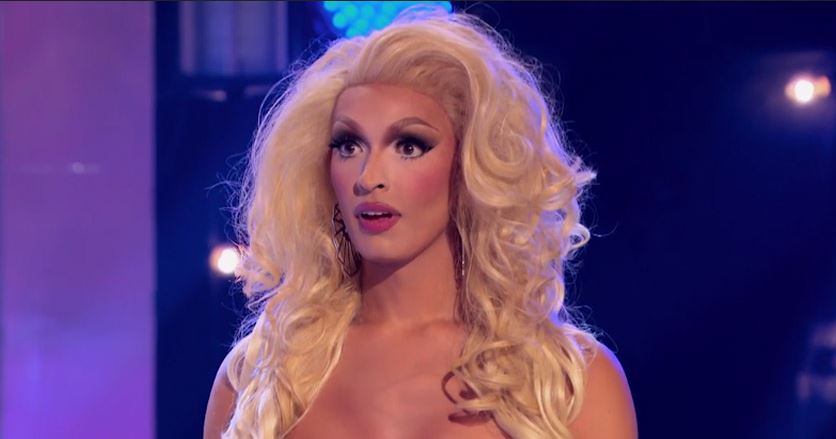