While Americans deal with their own political identity crisis, Russians, not to be outdone, are preparing for the World War III. And while the Kremlin’s official discourse is just somber and dark, the state-controlled news and yellow press are calling for full-on preparedness for the nuclear attack from the US.

Earlier this month the Ministry of the Emergency Situations of the Russian Federation (EMERCOM) declared a four-day, countrywide emergency preparedness drill that included taking stock of all existing bomb shelters and evacuation processes. Over 40 million people, 200, 000 emergency response specialists and 50,000 specialized vehicles across the Federation participated in the drill. Just last month, Moscow conducted its own preparedness drill, inspecting all of the city’s bomb shelters and declared the city—population of over 12 million—to be 100% bomb shelter ready, according to RIA News.

The state sponsored war hysteria immediately produced all sorts of backlash and abuse. For instance, residents of Moscow’s Kuzminki district were called on to donate 500 rubles from each resident for the construction of the bomb shelter. The announcement, which allegedly came from the district’s administration office, cited an “anticipated nuclear attack from the US and its allies” as the reason for the construction of the shelter. The district authorities quickly denounced the collection scam, but “the reality is such that you never know what’s real news and what’s a scam,” tweeted Alexey Navalnyi, the opposition leader.

Like any other state-sponsored hysteria, the Kremlin has several goals.

There also others, such as Lucky Lee, perhaps somewhat naively following Dostoyevsky’s notion that “beauty will save the world,” who are fighting for peace in their own way. In the case of Mr. Lee, who owns one of Moscow’s best trafficked strip clubs, he contributes by dressing his girls as tanks, compelling everyone to pay attention to the escalation of tension that bring nothing good to the world.

On October 19, Russian Duma equivocally ratified Vladimir Putin’s “plutonium ultimatum,” citing political, not technical differences for their support of Putin’s decree. According to Sergey Riabkov, second in command of the Foreign Affairs Ministry, “The reason for the suspension is Washington’s open hostility toward Russia, which started way before Crimean and Ukrainian crisis and by 2012 became the most pronounced in a way of anti-Russian economic and political sanctions,” reported MKRU. The 16-year bilateral agreement to reduce stockpiles of weapons-grade plutonium was revoked in early October by Putin’s decree that cited drastic changes of circumstances and the threat in strategic balance resulting from America’s hostile actions toward the Russian Federation.

“It is very likely the most severe political decision over many years. Its goal is to send a clear signal to the United States that Russia’s about to lose its patience for real,” said Viacheslav Nikonov, representative of the United Russia party. Earlier this month MK published a report under the eye-popping header “USA is certain that the war with RF is inevitable,” citing Pentagon officials who allegedly predict a military conflict with Russian Federation. According to MK, Pentagon officials are preparing for fast, deadly and imminent military and cyber conflict.

As an American born and raised in Russia, I find this situation mind-boggling. I still get the rush of adrenalin when I remember that night of August 1991 when we all took to the streets to prevent the Communists from taking the country back in an attempted military coup. Still high off of the fall of Berlin Wall, we stood holding hands as we formed a life barricade to stop the tanks from advancing to the Parliament building. Nothing could stop us from defending our recently granted freedoms.

Those tanks were real and we all heard the ground rambling and shaking under our feet. People died that night, but the tanks never fired at us. The Coup was averted and I was certain then that the new world order is here to stay. With so many others, I rode the wave of an astounding socio-political quantum leap that followed the events of that August, as my friends and I transformed one of Moscow’s bomb shelters into an avant garde nightclub that beaconed people from all over the world. It seems now that all of that energy and good will has somehow been reversed and Russia’s rulers once again have daggers drawn at the West, while ordinary people are scared for real.

Like any other state-sponsored hysteria, the Kremlin’s has several goals: distract the citizens from the real reason for the sub-optimal situation, while showing the pesky West that they are still a force to be reckoned with.

Born in Moscow, Marianna Rosen is a writer, TV producer, and journalist. She holds a master’s degree in international affairs from Columbia University. 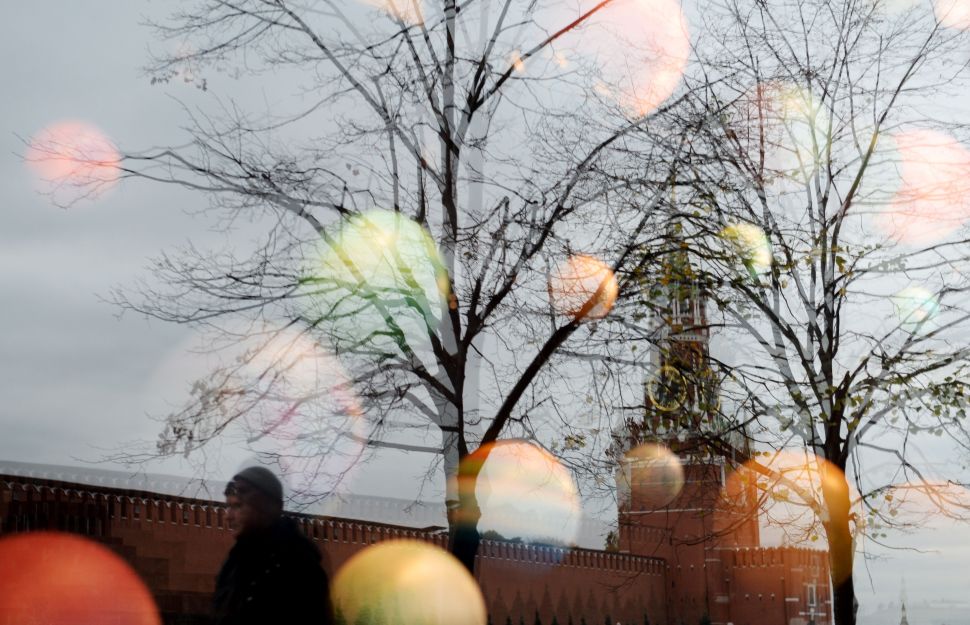