In 2008, the Republican Party was officially finished. Outgoing President George W. Bush had a 25 percent approval rating, with one poll finding him the most unpopular chief executive in modern times.

Conservatism appeared dead and discredited. Pieces of its dismembered corpse lay at the bottom of a smoldering molten hole in the economy that swallowed $34.4 trillion in American assets and more than 8 million jobs. Other parts were strewn across the blood-swamp of Iraq, which had consumed thousands of U.S. lives and billions of U.S. dollars, and which was already watching its new U.S.-built government sink into the mire.

Democrats had gained seats in the House and Senate two cycles in a row, taking control of both houses of Congress for the first time in a generation in 2006 and cementing their power further in 2008. And President Barack Obama, heralded as a world-historical figure, was ready to lead the “new progressive America” into an ever-leftward future.

Within two years, the Tea Party had reenergized the Republicans and enabled them to recapture the House of Representatives. After the 2014 elections, the GOP controlled both wings of the Capitol, 31 governors’ mansions and 68 state houses. The Democratic presidency had become an increasingly lonely rock in a red sea.

The Republican Party has died many deaths: after President Herbert Hoover’s disastrous tenure locked it out of the White House for 20 years beginning in 1932, and out of congressional and Senate leadership until 1946; after Arizona Sen. Barry Goldwater suffered the largest presidential race rout in U.S. history in 1964;  in 1973, after the Watergate scandal flushed President Richard Nixon out of office and put a permanent damper on the reign of his successor, Gerald Ford. Each resurrection has testified to its durability and resilience as an institution.

Right now, it seems virtually certain Donald Trump will prove a heavy millstone on the party’s fortunes next month. But the alternately panicked and exhilarated speculation that the GOP will never resurface after this year seems ridiculous when put in perspective.

GOP consultant Evan Siegfried cast Trump as a particularly ugly, Nixonian figure, and he predicted the politicians who stayed faithful to their nominee despite his “inexcusable and intolerant actions” will bear the stain of his association for the rest of their careers. But those who have remained untainted—Siegfried highlighted Nebraska Sen. Ben Sasse, and Jeb Bush’s half-Latino son George P. Bush—could help the party recreate the success it found in 1980, especially if reinvigorated with something like the “movement conservatism” ideology that animated President Ronald Reagan’s base.

“You could make a comparison between after Watergate and now, because the party was divided and was looking for a standard bearer to pick it up with an optimistic mission,” he said. “Ronald Reagan was able to harness the way that Republican voters felt the party should move, and was able to articulate a vision that was able to bring us forward into the latter half of the 20th Century. We need somebody who can do that now.”

Siegfried argued the party needs to siphon away the young voters who lifted Obama into office eight years back, but who have since grown disaffected from politics.

“In my opinion, we need to have a millennial-focused party,” said the strategist, who outlined potential tactics in his recent book GOP GPS: How to Find the Millennials and Urban Voters the Republican Party Needs to Survive. “Millennials distrust both Republicans and Democrats. The only problem right now is that they distrust the Republicans more.”

Others argued if a seemingly inevitable President Hillary Clinton stumbles in office, it could create the opportunity for the GOP to regroup, just as the crises of Jimmy Carter’s administration facilitated the rise of Reagan—or the controversy over the Affordable Care Act empowered the Tea Party. And he noted Clinton doesn’t galvanize Democratic voters the way Obama did.

“If Hillary Clinton’s the president and things really go south, then the Republican Party can recover much more quickly. People change leadership based on necessity, and that’s how the Republican Party will get its footing back,” said Bill O’Reilly, another anti-Trump New York Republican consultant (and not to be confused with the Fox News host of the same name). “She’s quite divisive. I think Democrats see Hillary Clinton as a potentially stable figure, and as an experienced figure. But I don’t think that she’ll ever be the inspirational figure that Barack Obama was.”

After all, the party was a victim of its own successes—and excesses—this cycle, having bred a large brood of ambitious and self-willed politicians intent on the presidency. This allowed the relatively unpopular Trump to win primaries with only a plurality of the vote, and to gradually build an insurmountable delegate lead. And Trump’s rise has delineated a divide between populist elements in the party, which favor trade protectionism and entitlement programs, and its libertarian-leaning intellectual and donor classes.

“You need a party chairman strong enough to take the candidates into a backroom, and if there are 17 of them, say ‘three of you are walking out of this room.’ It doesn’t sound pretty, but that’s how politics works,'” O’Reilly said. “Yes, the party can rebound. But it needs to finish its internal fight first. And it needs a leader strong enough to put the pieces back together again.”

Conservative forces will ultimately rally beneath the Republican banner since, as O’Reilly put it, “it’s easier to recover under an existing institution than start a new one.”

Preventing another Trump will likely require not only new leadership but new structures for the party. Ken Sherrill, professor emeritus of political science at Hunter College, compared the GOP’s present situation to that of the Democrats following their presidential losses in 1968 and 1972.

After the costly spectacle of the’68 Chicago convention, where Democratic Party bosses anointed Vice President Hubert Humphrey the nominee over his insurgent opponents, South Dakota Sen. George McGovern led an internal commission to review and reform the process. The commission’s report, and changes in state law it encouraged, essentially established our current national state primary system: empowering voters at the expense of party leadership.

McGovern subsequently ran for president in ’72, won the nomination and lost the general election in a 49-state wipeout that left some wondering whether the Democrats could ever recuperate (they did, in 1976). McGovern’s defeat led the party to devise what we now call superdelegates: members of Congress, Senators, governors and assorted other high-ranking politicians who automatically get a vote at the convention on the party’s nominee.

Of course, rage against the “rigged system” helped power Trump’s campaign, and the campaigns of countless Tea Partiers too. Sherrill admitted installing greater hurdles for candidates to clear—for example, changing state laws to make it tougher to get on the ballot—will infuriate plenty of Republicans.

“There’s going to be a very fractious period in which there is going to be serious reconsideration of the organizational process. And there’s going to be a lot of howling and screaming. There were terrible fights in the Democratic Party over the McGovern Commission recommendations,” Sherrill said. “Which is very funny for a party that controls both houses of Congress and so on and so forth. But they keep on losing the presidency. And they keep losing the presidency because of the way they nominate their candidates.”

Since the beginning of the last decade, and likely before, pundits have posited changing demographics would prove the undoing of the Republican Party. The GOP base is overwhelmingly white, and whites will no longer be the majority of the population by midcentury, though they will remain the single largest ethnic group.

But recent analyses have shown that the admixture of voters that returned Obama to the White House in 2012 was far whiter than initially believed, and have thoroughly debunked the popular presumption that Latinos—and hardline immigration stances—cost Mitt Romney the election. Similarly, the idea that the midterm year electorate that favors Republicans is less diverse than the one that has turned out in recent presidential cycles is flatly false.

Yet every expert the Observer spoke with agreed the GOP must broaden its base: to include more young people in Siegfried’s reckoning, more minorities in O’Reilly’s, more moderates in Sherrill’s.

It once seemed that the huge infusions of Catholic immigrants from Europe would destroy the WASP-y GOP, just as it appeared that millions of newly-freed blacks entering the political process after the Civil War would doom the Democrats. Inside of a few generations, Catholic “ethnics” had become part Nixon’s “silent majority,” much the same way that growing numbers of African-Americans had voted for Democrats starting with Franklin Roosevelt.

The “Obama coalition”—the young, the educated, the nonwhite—has bested the Republicans two presidential cycles in a row, and will probably do so again this year. But the New Deal coalition once seemed unbeatable too.

Finally, in four years, the Republicans will still have most of the roster of rookie talent brought up in their state and congressional farm system in 2010 and 2014. The Democrats will most likely only have Hillary Clinton. 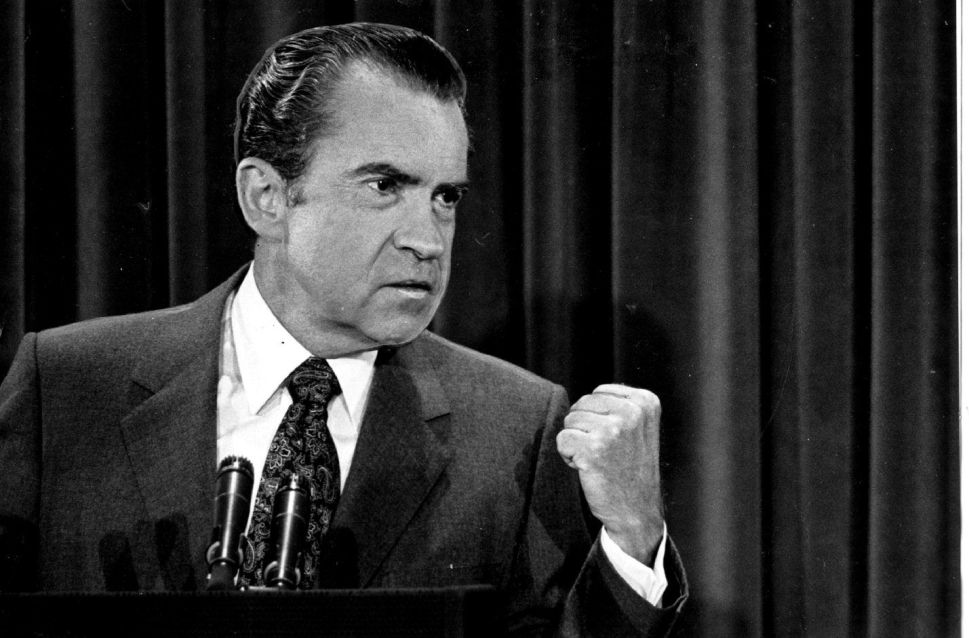