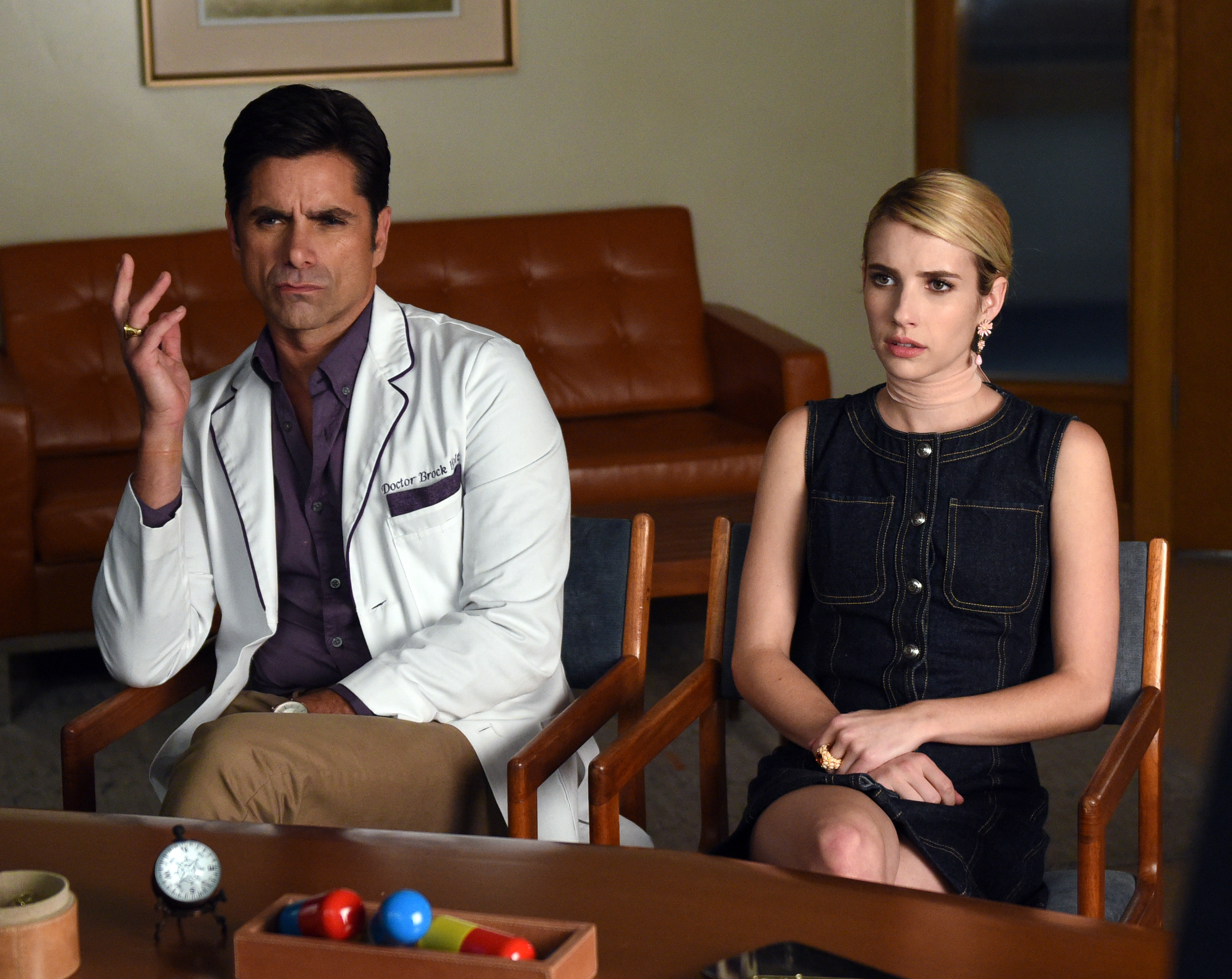 Scream Queens this week posed many questions. But there is one that emerges as more pressing and important and that is why the hell the writers chose to kill of Chad (Glen Powell). I mean, it’s Chad Radwell. The owner of a million pastel button downs and deliverer of some of the best one–liners. The only character to be played with genuine exuberance and talent on the show (except for Lea Michele’s Hester, of course). The only Scream Queens lead to be awful (well, they’re all awful) and still somehow manage to be likable. Chad, you will be missed.

Chad’s death begins the way most TV deaths do: accusing his ex–girlfriend’s new boyfriend (John Stamos’s Dr. Brock Holt) of having the murderous hand of a late serial killer. Or, well, close enough. In an attempt to mediate the situation between Chad and Brock, Munsch insists that Brock replace his hand with one from less murder–y of a donor. It’s a fair suggestion until you realize that Brock will have to cut off his hand again to get a new one. And considering that hand transplants aren’t really a thing in the first place, it’s doubtful he’ll get lucky twice. Regardless, Chad goes on a mission to find Brock a new hand—and steal his girlfriend.

Chad decides to propose to Chanel; or rather, propose a prenup for her to sign before the two get married. Chanel happily agrees, and Chad decides to ask Brock to be his best man, his logic being that he’d rather save his brothers as best men for his second wedding, which is truthfully pretty fair. However, when the wedding day arrives (it’s one day after the proposal, so anticipation was slight) Chad is nowhere to be found. Until, of course, he drops from the ceiling, bloodied around his neck—pretty damning evidence against Brock, who had been asked to tighten Chad’s bowtie.

The good news (I can’t even use that transition, Chad is dead, there is no good news) is that Chad’s death clears him of any suspicions surrounding his guilt—Munsch had come to suspect Chad as the killer. Munsch and the Chanels visit Hester in jail, and an elusive hint leads them to a former nurse at the hospital, who survived the Green Meanie killing spree of 1986. The nurse suspects the widowed wife of the patient dumped into the swamp (which we saw in the premiere), but Munsch assumes that it is the couple’s baby placing the attacks—putting the killer’s age at around thirty. Chad, of course, is the immediate suspect, until he dies. Then he’s pretty much exonerated. The episode ends with Denise Hempill (welcome back, Nicey Nash) and Zayday bringing Hester to the basement of the hospital, in hopes of her being useful in solving the case. Munsch, fearful that the hospital will be shut down after patient deaths, pleas to keep the investigation internal.

And finally, my favorite subplot: the romance between Cassidy (Taylor Lautner) and Chanel #3 (Billie Lourd). Lourd has been a long–time favorite of mine on the show, and her deadpan delivery and earmuffs were consistently great in this episode. Lourd reveals to Cassidy that she’s never had an orgasm. And, while they’re on the topic of lack of physical reaction, Cassidy mentions that he’s dead. He explains that he died while drunk one night, and just kind of… woke up dead. Seriously. That’s the only explanation we get. Oh, and dogs don’t bark at him anymore. And if that doesn’t justify death, I don’t know what does. So, the dead–Cassidy decided to become a doctor to discover why he isn’t really dead. Although, being “not really dead” just kind of means you’re alive. So, Cassidy becomes a doctor to figure out why he’s alive.

Chanel #3 is reluctant to believe him, is convinced once he takes his temperature and reveals it’s a cool sixty–one degrees. I’m pretty sure the writers are digging themselves into a huge logistical hole with one, but I can’t wait to see how it pans out. 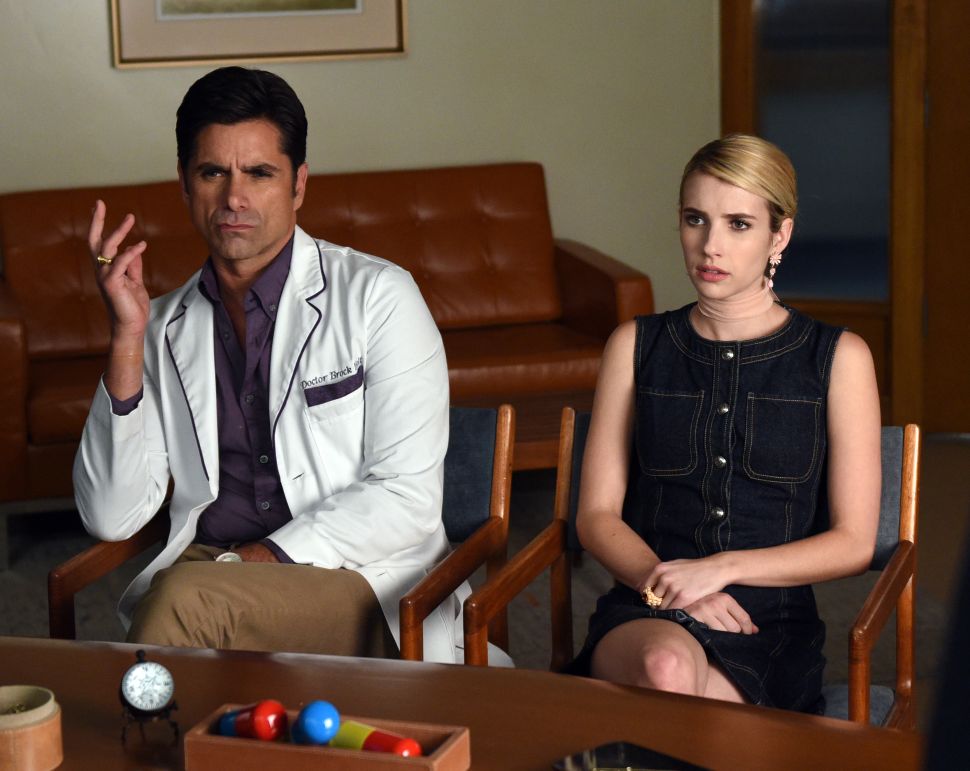