Just days before the second presidential debate, video surfaced of GOP presidential nominee Donald Trump saying vulgar and disgusting things about women. The fallout from the video included many Republicans denouncing the comments and withdrawing support for Trump.

Trump’s decade-plus-old comments sucked all the attention away from multiple revelations damaging to Clinton, including leaked transcripts of her Goldman Sachs speeches in which she promised them something behind the scenes while telling voters she would do something else, and leaked emails showing collusion between her campaign and the mainstream media.

Trump’s comments, however, clearly hung like a cloud over the debate more than the Clinton news, leaving everyone to wonder how Trump could turn this around. Let’s see how he and Democratic nominee Hillary Clinton did.

Where she faltered: While discussing her private email service, Clinton claimed there was “no evidence” that her emails were hacked. That’s a really poor defense, and it also doesn’t address all the other problems with her email server, like the fact that the FBI found that she violated the law, but didn’t indict her because it claimed she had no intent to do so.

When she was asked about saying in a Wall Street speech holding a public and private position on certain issues, she refused to address what she said and instead talked about Abraham Lincoln. Seriously?

Where she excelled: The first question asked to Clinton was about whether she felt the campaign was setting a good example for young people. Clinton could have come right out and mentioned the Trump comments, but she didn’t. She kept her comments focused on her own campaign and what she wants to do for the country.

Comments from Trump have made headlines throughout this campaign, and Clinton did a good job of quickly listing all the groups of people the GOP nominee has insulted, including Muslims, Latinos, women and POWs.

Where he faltered: Trump was far more prepared for this debate, but the problem was that he tried to fit so much information into such short answers that he seemed to go on tangents. Granted, the information he was putting out there was important, like when he discussed how Obamacare was adopted through seedy means, but it kind of drowned his main points.

Toward the end of the debate, Trump oddly asked Clinton why she wouldn’t put in her own money into her campaign. It was a waste of time that could have been spent discussing his Supreme Court picks or knocking Clinton’s picks.

Where he excelled: Trump addressed the comments directly, and then moved on to talking about the threat of the Islamic State. Whether that works with voters is one thing, but that was the best way to handle the situation.

Trump also avoided interrupting Clinton like he did in the first debate.

Trump was also much better at this debate of bringing up examples against Clinton, like Michelle Obama in 2008 talking about the way Clinton treated her husband Bill’s accusers, and the Wikilieaks documents that found the Democratic primary was rigged for Clinton. 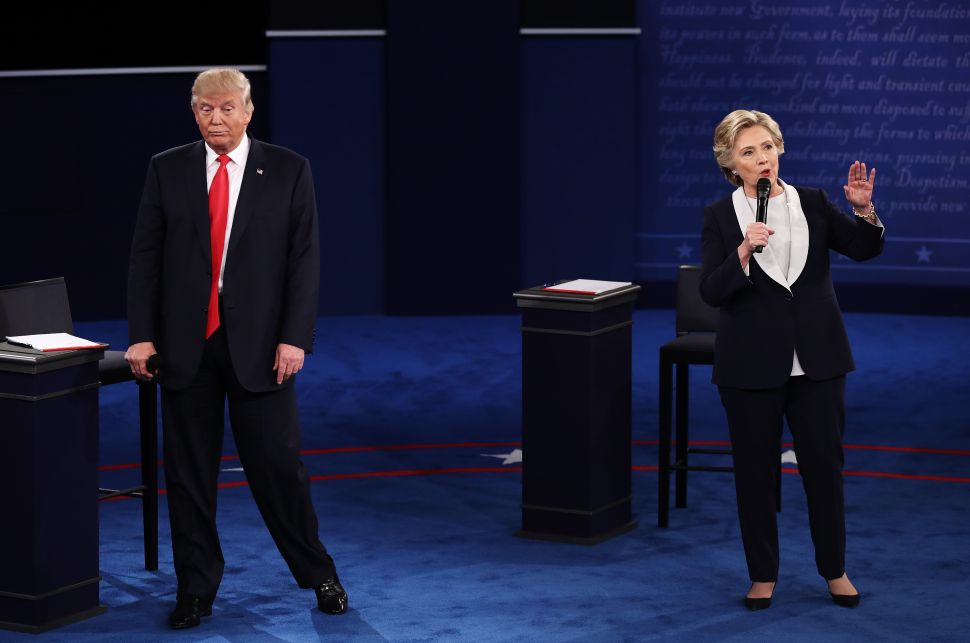