The three Democratic Senate leaders urged the Governor to quickly sign the bipartisan legislation approved by the Senate and Assembly last Friday, which would put tens of thousands of workers back on the job and enable stalled roadwork to resume after a four-month shutdown.

“Counties and municipalities are responsible for the maintenance of 83% of New Jersey’s road miles,” said Senator Sweeney (D-Gloucester). “Doubling county and municipal aid to $400 million a year in the new Transportation Trust Fund will provide real property tax savings to residents in every town.

“The Transportation Infrastructure Bank we are creating will also save property taxpayers tens of millions of dollars in lower borrowing costs. This is a real winner, as every county and municipal official knows,” said Senator Sweeney, who served 15 years as Gloucester County freeholder director.

Senator Sarlo (D-Bergen) said doubling county and municipal road and bridge aid was one of his top priorities in the negotiations that led to passage of an eight-year $2 billion-a-year Transportation Trust Fund.

“The legislation I sponsored with my Republican colleague, Steve Oroho, provides a long-term solution to our transportation infrastructure needs that will create jobs, spur economic growth and raise housing values across the state,” Senator Sarlo said.

“The $400 million in county and municipal aid is critical, and those property tax savings will be multiplied by the $250 million in low-interest borrowing by counties and municipalities that the Transportation Infrastructure Bank will support,” he said.

Senator Weinberg (D-Bergen) said the new TTF bill would finally enable the state to extend the Hudson-Bergen Light Rail into Bergen County, with a new park-and-ride facility at Englewood Hospital as the line’s new terminus.

“We need to remember the tremendous local impact that a fully funded Transportation Trust Fund has on the economic growth and quality of life of our local communities,” Senator Weinberg said. “There is additional savings too, including the $600 a year that New Jersey motorists pay for unnecessary repairs due to the poor quality of our roads.

“Doubling local road and bridge aid ensures that we fix not only our state highways, but also the local roads on which residents spend the bulk of their time behind the wheel,” she said. 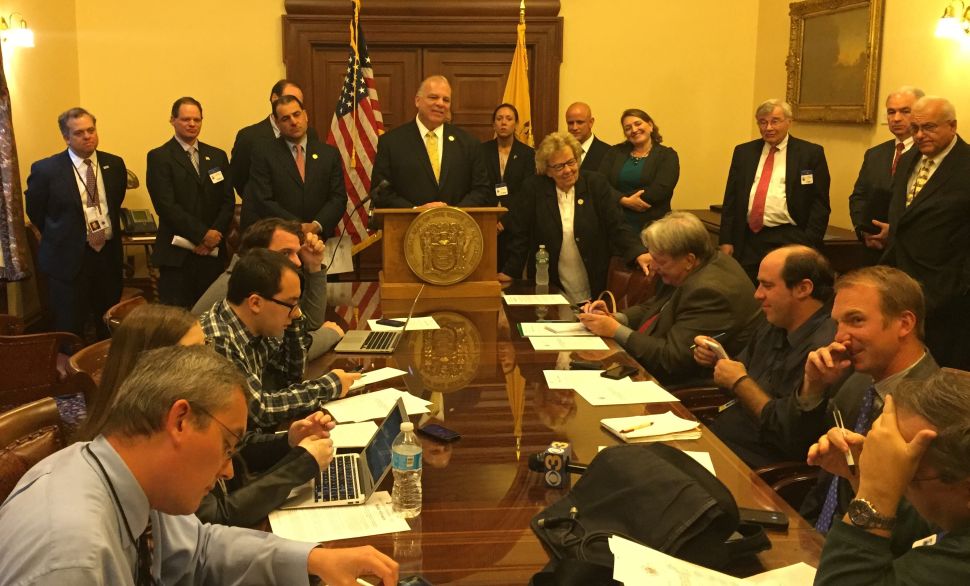