There’s this memory I have of seeing Sigur Rós at Boston’s gorgeous Orpheum Theater in 2006 that perfectly encapsulates how it feels to witness the Icelandic post-rock band live in concert.

Between songs, a fan needed to be physically carried out of the show by venue staff; they literally carried her out on her back with her head titled back and her eyes open like she’s playing the lead in a passion play. It’s unclear whether she overdosed, epileptic or what, but she was smiling—a big, madcap smile—suggesting she was still present with the grandeur unfolding, or at least partially present. (For some reason it reminded me of that climactic scene in Raiders of the Lost Ark when the Nazis faces melt, finally having been exposed to the Ark of the Covenant and the true spirit of God.)

Suffice to say, a Sigur Rós show can do that to you.

While their shows have since grown into even more epic productions, selling out Madison Square Garden on every stop, this year’s Sigur Rós provided chance to regain some of that stately immediacy you only really get in a gorgeous old theater with pristine acoustics and perfect sight lines.

And since they parted ways with keyboardist/multi-instrumentalist Kjartan Sveinsson, the only member who had formal musical training, back in 2013, the band’s returning to a three-piece gave them a bit more control over their arrangements and sounds. No less grandiose, but somehow more intimate. This current tour brought them through New York for three nights—one at Radio City, and two at Flatbush’s gorgeous French Baroque-styled Kings Theatre.

The first thing that crossed my mind on their first night at Kings, after the lights dimmed and the band took to the darkened stage, was how apropos the word “ethereal” was to describing Sigur Rós.

Though by definition the word describes something of celestial origin or nature when not used in the context of chemistry, something otherwordly beyond what we are able to fathom, more often than not publicists and basic clowning journalists use it frivolously to describe airy synths and whispered vocals. But there’s nothing light or flighty about a Sigur Rós song—even at the most delicate phrase, there’s a power and a drive embedded in the composition’s arrangement and instrumentation that might swell into a loud, cosmic unveiling just moments later.

This is ethereal music not because of frontman’s Jónsi’s pristine falsetto or textured, heavily rosined bow that slides across his guitar’s raised bridge to produce symphonic swells of noise—but because of those moments when the sounds combine and build into sonic epiphanies, a climax from the heavens.

Sigur Rós’ ability to reach such highs in their current three-piece form must not be understated.

For the longest time and up until 2012, they played with fellow Icelandic band Amiina, an eight-member group that played strings, glockenspiel, glass harp, synths, theremins, you name it. Sigur Rós never fell back on these guys, but having a veritable orchestra onstage certainly helped flesh out the intricate, layered arrangements of their songs.

Though the band has found a way to replicate that accompaniment with loops on this tour, it never takes away any of the music’s power because they’re still playing the instruments that push the songs forward. “Sæglópur” is a perfect example, which begins in the clouds with keyboard replicating the glockenspiel noise before exploding up somewhere else entirely.

In lieu of a string section, Jónsi’s bowed guitar textures catapult the track to even greater heights, cutting through the rest of the music, because they’re more distorted and “noisy” than ever. It’s a more aggressive technique he honed on 2013’s Kveikur after Sveinsson had left the band, and hearing his guitar reach for more grating sounds only further adds to the gorgeous structural complexities of the band’s compositions.

Two new songs, “Á” and “Óveður”, began the band’s two sets as a tease of what was to come, seamlessly fitting into the rest of their oeuvre while the stage set most closely resembled the frame of Japanese blinds, with light and video projecting on them as they shifted during the performance.

Two sets is a classic jam-band move because it turns the evening into a narrative, a story of sorts, and Sigur Rós were wise to embrace this format. They even began the second set behind all the backdrops, tight and locked in to each other, the video projections washing over the band to encourage the illusion that they themselves were not just sound, but light.

Music nerds will tell you this is a reach, but Jónsi’s moments of noise aren’t just nodding back to post-rock contemporaries like Godspeed! You Black Emperor and Explosions in the Sky; they’re also honoring this focus on nature and natural elements that Scandinavian music associates more with Black Metal than instrumental music.

This show took me back to earlier in the year, when Brooklyn band Prince Rama explained to me what they learned from their time on a Black Metal commune called Vȫrmsi, an island of Viking ruins off the coast of Estonia. “We had this very pure experience apart from words, apart from mythology,” singer Taraka Larson told me. “At its core, I feel like Black Metal is really inspired by this utopian pastoralism of Scandinavia and all these nature pagan rights that got taken down by the Christian church. And we had such a direct spiritual experience with the nature out there.”

Now don’t go calling Icelandic folk Scandinavian just yet—they’re Nordic, sure, but it’s not the same thing. I’m simply suggesting that same element in Sigur Rós’ music, what we currently call “ethereal” and currently ascribe to the heavens, to something out of our reach and otherwordly, might be rooted in just the opposite.

Black Metal’s images of utopian pastoralism and a “direct spiritual experience with the nature out there” explain Sigur Rós’ music just as well, especially with Jónsi’s recent-found willingness to bask in guitar noise. Certainly anyone who’s made the trip to see the Northern Lights, drive along Route One or even space out to the band soundtracking that drive understands how inexorably linked Iceland is to nature. What if Sigur Rós provide the perfect soundtrack not just because they’re from Iceland, but because they understand and accept ways to let nature into their music, even at its most compositionally complex?

Whatever this band means to people, they mean a lot, as anyone at these three sold-out nights can attest. Sigur Rós reminds us that fans don’t need to speak Icelandic, or their made-up language, Hopelandic. In both instances Jónsi’s words aren’t just textural constructs unto themselves—they’re instruments of wonder. 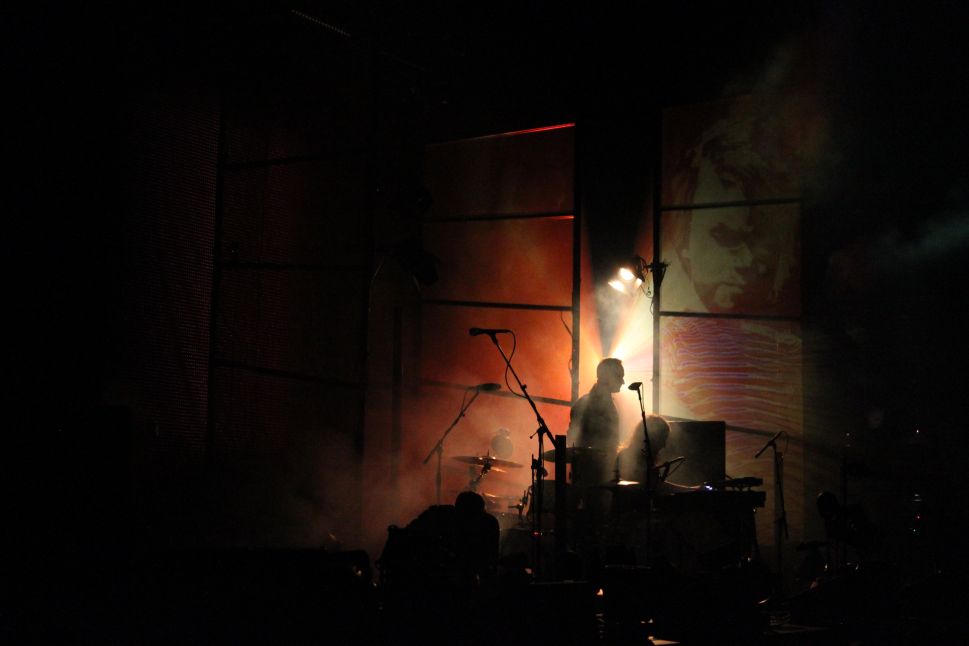