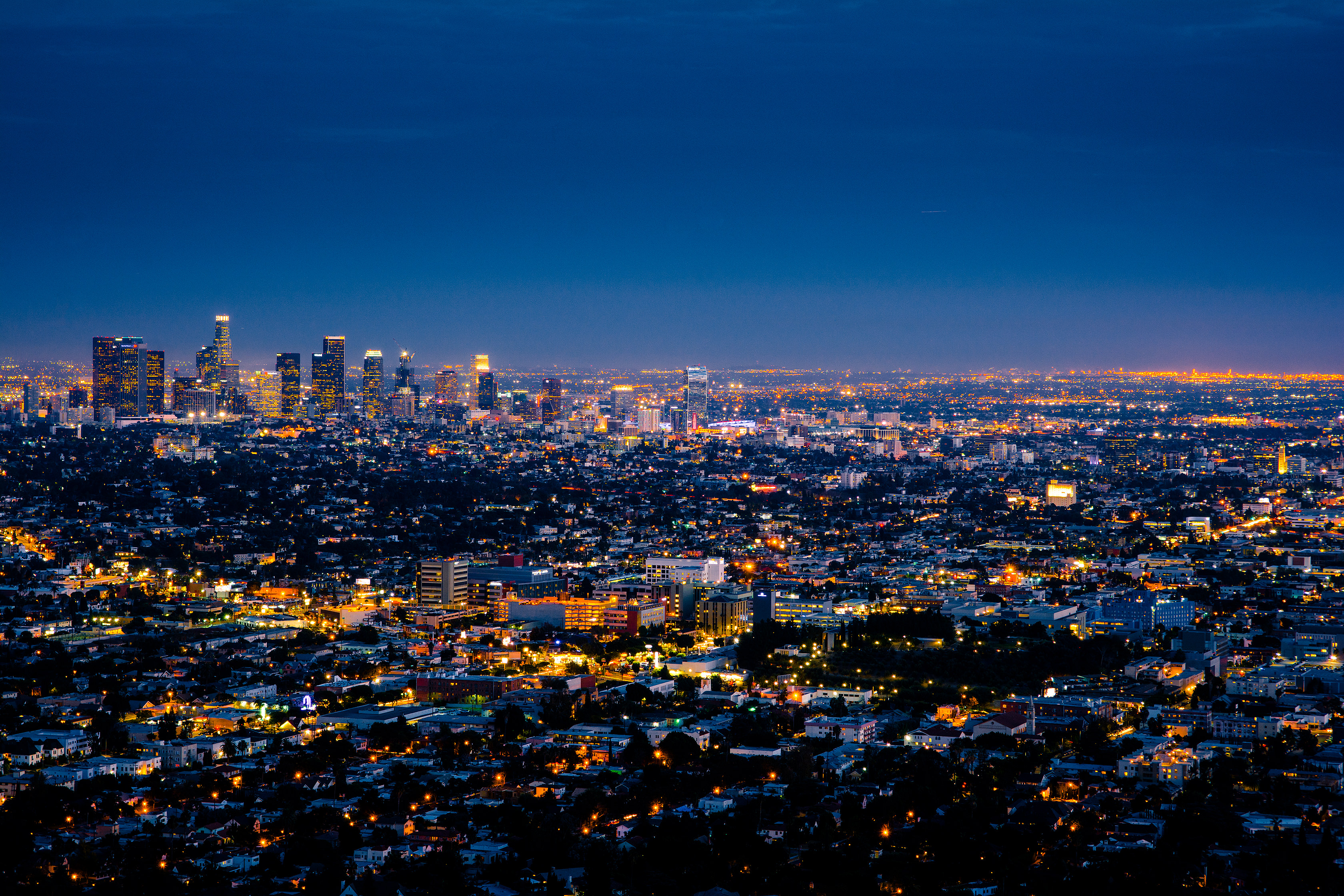 Los Angeles asks, What will you create? Henning Witzel/Unsplash

I made the leap from the east coast to the City of Angels exactly a year ago today. It has been one hell of a ride, and I’ve picked up a number of lessons along the way. Here are the six most important ones:

The people who are Just. So. LA.

They’ll have blonde hair and boob jobs. They’ll have Rolexes and Bugattis and make sure you notice both. They’ll have perfectly flat stomachs and flawless skin undoubtedly aided by well-placed Botox injections. They will be obsessed with how many followers they have and who just walked in and when the next spin class is. You will be at times intimidated, depressed, disgusted, and fascinated by them. This will never go away.

5) And you’ll meet lots of other kinds of people

One of my favorite parts of LA is the fact that there’s a strong and beautiful community of young, spiritually-minded people. There are whole bunches of people like me, who wonder and think about and work towards how we’re going to shift from an individually-minded culture to a more collective one. How we can impact climate change now, in big ways. How we can make therapy more ubiquitous and accessible.

These people are just as likely to go to a sound healing on a Saturday night as they are to party at Da Club. They go hiking for fun but are just as down to dress up for a movie premiere. They want to serve and stretch, learn and grow, become even brighter, more expressed versions of themselves.

There is hope and learning and culture here. There are shifting mindsets, open-minded leadership, opportunity, and grace. There are a lot of people doing a lot of interesting things, and it’s exciting.

Seriously. In the entire year I’ve lived in LA, I think it has rained a total of 5 days.

You know what else it doesn’t do? Sleet, snow, hail, freezing rain, or subject its residents to a “wintry mix.” The weirdest weather we had (and granted, it was bizarre) was the Armageddon-like sky after the wildfires.

As someone who moved from the east coast, I can safely say that even after a year, I’m still in love with LA weather. We’re having a very nice honeymoon, thank you very much.

Obviously rush hour is its own thing entirely. But even when it’s not rush hour, there is seemingly no logic to the 405. At 3pm on a Saturday, it’ll be all snarled up; then at 6pm (when everyone is going out), it’ll be inexplicably fine. At 11am on a Tuesday, it’ll be backed up worse than you after bad Mexican food, yet your GPS will be endlessly obsessed with sending you to it.

It’s kind of like this year’s election cycle: a constant hot mess to which, for some reason, you keep getting routed.

2 ) If you live on the west side, dating someone in the Valley is basically the equivalent of a long-distance relationship

1 ) You are your city, but not in the way you think

In the relatively short time I’ve been alive, I’ve lived in a number of cities. These include New York, Buenos Aires, San Francisco, Geneva, Washington, DC, and Barcelona.

While very different places, one thing was common to all of them: I always thought my experience there was about them.

Now I realize it never was. It was always about me.

I was achingly lonely in Buenos Aires. Yes, I could blame this on the aloof people, the chilly weather, or the political climate. But it wasn’t really the city – it was me. I was self-centered, constantly overthinking everything, and confused. I had no friends for a good 6 months, and it’s no wonder: I got what I put out, and most of the time that was a sense of grey confinement and sadness.

Same for San Francisco. I hated the weather, hated the job market, hated the fog, hated the prices, hated the hills. But really, I hated myself. That blanketed everything more than fog ever could.

I used to see cities as geographic locations, collections of people within a defined context. Now I see them as mysteries waiting to unfold.

What will I uncover about myself as reflected in this place’s architecture and people, cafés and playhouses, house parties and city streets? What will I learn about how I love, how I work best, how I feel about my body, my identity, my sense of worth? What is my truth here, and what do I want out of this?

You can make friends in LA. You can burn out as a PA in LA. You can run on the beach and take a picnic to the Getty and go to a Korean spa all in one day in LA. You can feel overworked and taken advantage of and scrape by in a shitty, run-down “apartment” that smells like old Chinese food in LA.

You can find peace in LA.

To me, it feels like each city has a primary question, an underlying query that hovers just below the surface, pervading everything, like your neighbor’s bass, like a heartbeat.

Los Angeles asks, What will you create? Will you step up and allow what’s within you to shine, or will you waste time? Will you express yourself body and soul, mind and heart, take risks, be vulnerable? Will you wait for approval and distract yourself with drama, or will you get willing to fail on the way to becoming as big as you actually are?

The biggest thing I’ve learned after a year of living in LA is this: I like its questions.

And I finally feel prepared to answer some of them.

LA: What will you create?

Me: I don’t know yet … but it will be spectacular. 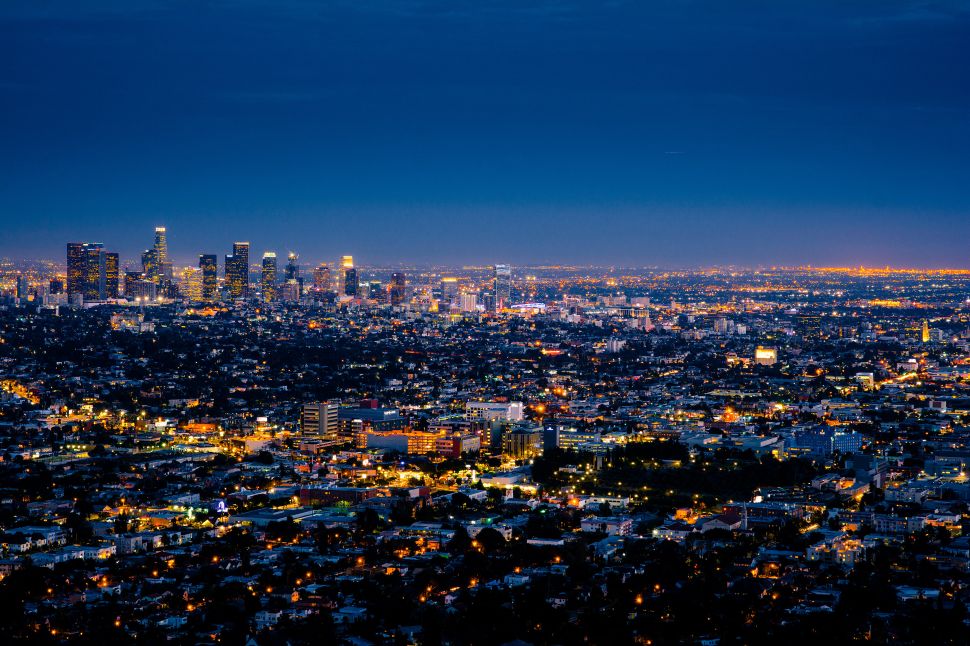