It’s not every day an American presidential candidate flatly says his opponent will cause World War Three. But Donald Trump did just that yesterday, accusing Hillary Clinton of recklessly seeking confrontation with Russia over Syria—where, he claims, the Democratic nominee is insufficiently worried about the Islamic State.

“What we should do is focus on ISIS. We should not be focusing on Syria,” Trump stated in Florida at his Trump National Doral golf resort. “You’re going to end up in World War Three over Syria if we listen to Hillary Clinton.” He then hinted at possible nuclear Armageddon caused by Hillary’s recklessness.

That’s strong stuff, even for Trump, and it’s impossible to miss that, yet again, the GOP nominee is parroting the Kremlin’s foreign policy line, essentially verbatim. That Washington is fighting the wrong people in Syria is a standard Russian trope. According to Vladimir Putin, the Americans are supporting terrorists in Syria at the expense of the country’s government, led by Bashar al-Assad, who happens to be Moscow’s client. In recent months, the Kremlin has breathed fire, issuing warning after warning to Washington to stay away from further involvement in that country’s awful civil war, which has raged for more than five years now.

Earlier this month, Russia’s defense ministry, which has reinforced its air defenses in Syria with very modern S-300 and S-400 missiles—although ISIS has no airplanes—bluntly informed the Pentagon that any efforts by the U.S. Air Force to bomb targets in Syria without Moscow’s approval will be met with force, without delay or hesitation.

Moscow is now practically egging on the Americans. And why not? In Syria, Putin has achieved his strategic aims of saving the Assad regime while painting the West as inept villains who back jihadists. President Obama’s confident prediction that Moscow’s Syrian intervention would find the same quagmires his White House has abetted in Iraq and Afghanistan was badly wrong. For the Kremlin, shooting down American warplanes would be the crowning glory of Russia’s Levantine expedition, which has exceeded strategic expectations at limited cost to Moscow.

The Pentagon is well aware that the Russian military would greet a confrontation in Syria with glee. We need to accept strategic reality, now. While many American politicos and foreign policy mavens—importantly Hillary Clinton is among them—advocate a No-Fly Zone in Syria to prevent the Assad regime and its Russian allies from using airpower to kill civilians, the reality is that an NFZ already exists in Syria. It’s supplied by the Russians.

If Hillary Clinton becomes president, she would be well advised to admit what her predecessor did in Syria and what it means for the region and the world.

Payback is an underestimated reality in international relations, and for the Kremlin, putting the Americans in their place in Syria is unquestionably a delicious feast. Revenge served cold is still sweet. Putin and his retinue crave retribution against the West generally and the United States particularly, for a multitude of alleged occidental sins, and Syria since 2011 has been an ideal proving-ground for Russian retribution.

Similarities between Syria and Yugoslavia are unavoidable, and nobody in Moscow seeks to avoid them. Both were unnatural, ethnically and religiously diverse states cobbled together by the victorious Allies after World War One, really no more than lines on the wrong map held together by unpleasant dictatorial regimes, and both collapsed in war and genocide.

Yugoslavia fell apart exactly 20 years before Syria did, but the conflicts that resulted appear similar: a brutal mishmash of warring groups, many motivated by religious and ethnic extremism, that are unconcerned about civilian dead. The big difference now, a generation later, is that Russia is in a position to change the conflict’s outcome.

Moscow, reeling from its Cold War defeat and the subsequent collapse of the Soviet empire, was impotent to save Yugoslavia from Western aggression—to use Russian terms. Indeed, the dismantling of Yugoslavia by NATO stands as a lesson to Putin about what neoliberal imperialists named Clinton will do to weaker states.

The fate of Yugoslavia in the 1990s—including the fact that significant chunks of that former country remain under NATO and European Union occupation today—is a cautionary tale for the Kremlin, and Putin has spoken passionately about how he will never allow Russia to be dismantled by the West like Yugoslavia was. He pointedly defended his 2014 seizure of Crimea from Ukraine by noting that redrawing Europe’s map—Putin cited NATO’s 1999 bombing of Serbia that achieved Kosovo’s independence from Belgrade—was acceptable when the West did it.

For Putin, his Syrian intervention has been an unambiguous win on the world stage. Its benefits exist on many levels, not least Russia’s reinforcing the potent message that Moscow, unlike Washington, stands by its friends. When his regime was collapsing in 2011, Hosni Mubarak, who had led Egypt for three decades as a loyal ally of America, was coldly abandoned by the White House. President Obama, against the advice of his own national security experts, cut Mubarak loose to the mob, refusing to take his panicked phone calls pleading for help.

That same year, when his regime was facing the abyss as civil war enveloped Syria, Bashar al-Assad got all the help he wanted from Moscow. Russia saved Assad and has not cared one whit about cries from the international community and NGOs about the brutal methods employed by the Syrian regime against rebels. This message has not been missed in the Middle East. It’s no wonder that even Israel has sought parley with Moscow, which has replaced Washington as the new regional kingmaker-cum-sheriff, while Egypt has renewed security ties with the Kremlin that Cairo abandoned more than four decades ago, in favor of the Americans. No more.

Putin and his ministers have acted cynically and cunningly in Syria, to good effect for Russia. However, it would be wrong to portray Moscow as strategic geniuses here. It’s much more about the staggering, unprecedented foreign policy incompetence of President Obama and his White House than anything else. Time and again, Obama and his coterie of self-proclaimed foreign policy masterminds on his National Security Council have been bested by the Russians, who view them with undisguised contempt.

The critical moment came slightly more than three years ago, in September 2013, when Obama walked away from his own “redline” in Syria over Assad’s use of chemical weapons against rebels. I never favored American military intervention in that civil war – seeing the incompetent hash Washington made of Iraq, Afghanistan, and Libya I knew the disasters that would likely follow – but I strongly believed that the global hegemon’s word had to be honored. If Obama said it was a redline, he had to mean it. Alas, he did not. As I explained at the time, outsourcing American policy in Syria to the Russians was sure to end in tears and diplomatic defeat with wider consequences.

Predictably, Obama’s defenders in the media proclaimed the president’s redline decision an act of geopolitical genius that mere mortals couldn’t comprehend. Nevertheless, empowering the Kremlin in Syria would have lasting effects far beyond the Levant, as I predicted at the time. Just six months later, Putin seized Ukraine then invaded the east of that country. Russia was back, on the march—and seeking confrontation with the West.

We should not lose sight of the human cost of this tragic folly. Something approaching half a million people have been killed, most of them civilians, in Syria’s fratricide, which Obama says he’s pretty upset about—as well he should be. There’s ample schadenfreude here, not least the key role played by Samantha Power, one of Obama’s top foreign policy players (she’s currently our ambassador to the United Nations). Having won a Pulitzer Prize for her book, written fresh out of Yale, castigating Bill Clinton’s administration and American “impotence” in the Balkans in the 1990s that enabled genocide, as one of Obama’s mavens Power has delivered a far greater humanitarian catastrophe in Syria than anything that happened in Bosnia or Kosovo.

Syria’s civil war will linger, probably for years. Innocents will keep dying. Significant parts of the country will remain outside the control of Damascus and its Russian and Iranian allies. However, the Assad regime has prevailed, thanks to Moscow. It will survive and the Middle Eastern balance of power has shifted to Russia’s advantage. If Hillary Clinton becomes president in January, as looks likely, she would be well advised to admit what her predecessor did in Syria and what it means for the region and the world. She would be very foolish to give Vladimir Putin a military confrontation in Syria that he actually wants. 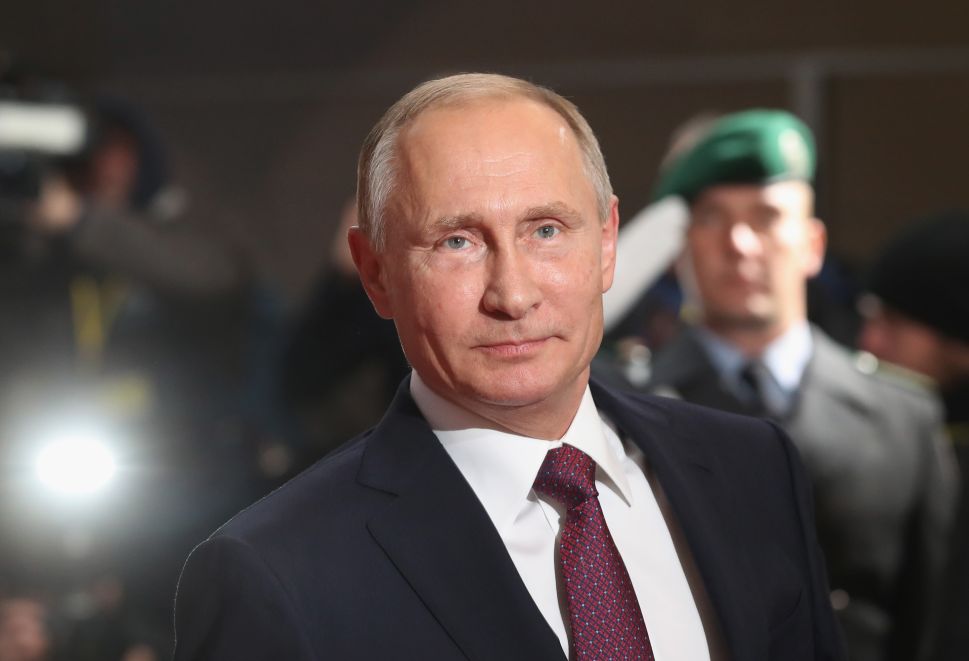