TaskRabbit, the first (and so far only) company to bring the world Instagram husbands for hire, is also offering Halloween help. In the past, their Taskers have been asked to do everything from handyman work to photographing bloggers, but when Halloween rolls around, the requests are downright ghoulish. TaskRabbit looked at the results from 2015 and found that New Yorkers had the most Halloween related clean-up requests. This year, New Yorkers already have the second most Halloween tasks booked.

TaskRabbit shared some of their craziest requests so far. One read, “Our company is throwing a big Halloween Party and we are looking for 10 men to dress up as Donald Trump. Would need you there at 9:15 p.m. Only for 1 hour. You would need to have a suit. We have the masks.” Another asked for a Tasker to “come fill up 150 test tubes with vodka (+red food coloring) for my big Halloween party tomorrow night.”

Someone described the state of their home in a way that sounds familiar to anyone who’s hosted a few too many folks by sharing, “kitchen looks like a bomb went off.” And a few folks are calling on Taskers to be their trick or treat proxy, handing out candy because they “don’t want the neighbors hating.” One client wanted their Tasker to act as a bouncer for a Halloween party, only letting in costumes rated above a seven. And one woman made a decidedly Magic Mike influenced request for “a lively fun (attractive) man to bartend for our Halloween office party, consisting of all women.”

Others were more mysterious. One user requested help making “(very scary) carved pumpkins and then help me rapid-clean and hide them all.” It’s unclear what they were preparing for, but it sounds like a haunted house come to life.

One absentminded mom accidentally double-booked her Halloween. “I’m having a Day of the Dead party right on the heels of my daughter’s 7th birthday party (bad mom I know)- the first ends at 4 p.m. and the second starts at 5 p.m! I’ll need some clean up the children’s party then set up for the adult one. I’ll also need some ongoing clean up as the second (more adult) party gets rolling. (Setting out food/drinks, washing cooking stuff, taking out trash/recycling, etc). 4 p.m. to 8 p.m. would be perfect.”

Now you know that if your Halloween party gets a bit too out of control, a Tasker can come, with no questions asked. After this Halloween, they’ve seen everything. 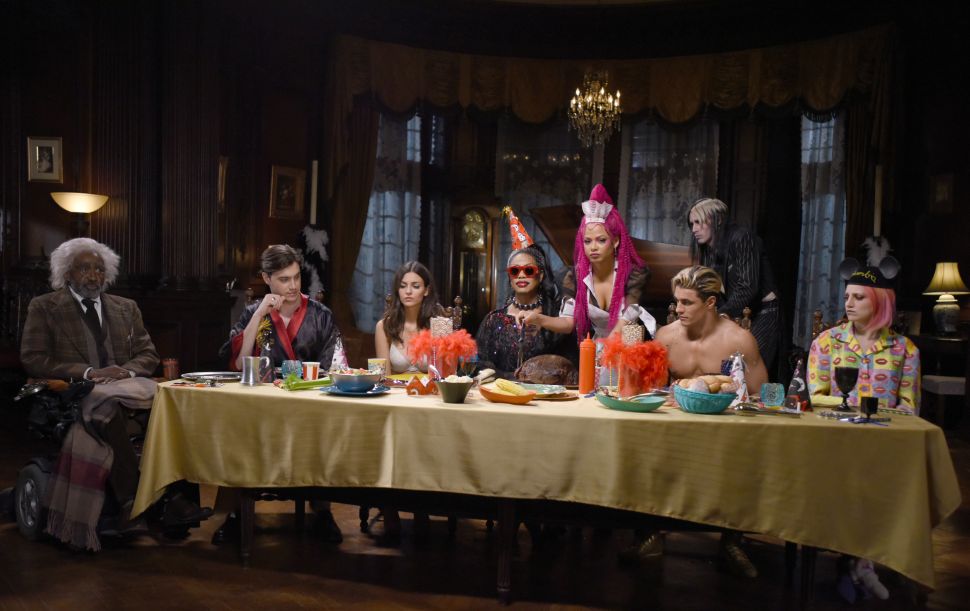