The American workforce has become lazy.

Let me explain. I estimate, conservatively, that knowledge workers are four times as efficient as they were 20 years ago. That’s why I moved my company to a five-hour workday about a year-and-a-half ago. We work 8 a.m. to 1 p.m. with no lunch; then, we leave. If we’re more efficient, then we should be working less, right?

That’s proven true for us. Revenue and profits are way up, and we’re attracting great talent — but that’s not the interesting part of this story. What surprised me was how visceral a reaction — both positive and negative — people and media had to this simple experiment we were doing in California.

I’ve found that my five-hour work day was a polarizing thing. People are either huge fans or they hate the idea. The media coverage is just as varied. Here’s the most interesting part: While publicity for the five-hour workday earned rave reviews overseas, American journalists and media personalities have approached it skeptically.

Why? Because the idea of working less doesn’t jive with the hard-working, big-earning ideal the American workforce cherishes. And the rest of the world seems to think it’s exactly the tonic we need.

After the story of the five-hour workday went viral, I had a journalist say, “Let me ask you a philosophical question: Aren’t we sort of put here to achieve something? Maybe sitting on the beach or paddle boarding isn’t the purpose of life.”

I responded, “The point of life is not work. We’re not economic slaves.”

The journalist’s comment was in line with most American media and people I’ve spoken with. Our “Fox & Friends” segment drew more than 1,000 strongly worded comments, clearly showing that questioning the utility of Americans as a people of strong work ethic touches a nerve. And many media outlets refused to cover the story altogether, chalking it up to gimmicky, socialist nonsense.

Internationally, it was a different story. The Hamburger Morgenpost in Germany dubbed me “the world’s best boss.”  Germany’s NPR station interviewed me that same week, and dozens of articles flooded Germany, Austria, Switzerland, India, the UK, and Canada within a week.

After one interview with a German outlet, I found out that the five-hour workday was an overnight sensation in Germany because Germans pride themselves on being highly productive people. The idea of working harder for shorter periods of time makes perfect sense to them. This is when it clicked for me.

In my mind, moving to a five-hour workday killed two birds with one stone. More free time means a better quality of life, and increased bandwidth due to heightened pressure yields more production. Right now, America is losing on both fronts.

Our country is so caught up in our image as an efficient, high-grossing entity that we’re blind to the notion of improving our workforce — no matter how valid the idea.

Could Less Truly Be More?

A 2012 study by the Economic Policy Institute found that worker productivity in the U.S. grew 80 percent between 1973 and 2011, while hourly wages only rose 11 percent.

My time running a startup has made one thing clear: Don’t stretch a task out longer than necessary. You either become efficient and productive, or you cease to be self-employed. So when the boss in me sees that 80 percent growth number, I get pissed off and wonder why American bosses in similar positions don’t feel the same.

On the flip side, employees are getting screwed by stagnant wages to the tune of 11 percent in 40 years. Maybe that’s why they’re not finding ways to work faster.

Both sides are getting screwed.

This is the new normal in the world’s largest, most dynamic economy? If we don’t change something fast, that strangle hold on first place will be disrupted. And as an entrepreneur who feeds off of disruption, I saw it coming a mile away, so I decided to share my findings.

Our revenue is still up, and all the metrics are going in the right direction. Employees are more productive and happier. Work has become something we do in the morning instead of the central point of our lives. My staff has started working more like my entrepreneurial friends: get in, get stuff done, and go live your life.

I’m here to tell you — if you’re willing to listen — that a five-hour workday is not only possible, but it’s also a better mousetrap. Maybe Americans aren’t lazy; maybe our thinking just is.

Stephan Aarstol is an entrepreneurial thought leader and online marketing expert. With over 15 years of Internet experience, Stephan has worked with a large variety of startups, from e-commerce and medical imaging to educational toys and youth backpacking. As the CEO and founder of Tower Paddle Boards, Stephan attracted an investment from billionaire Mark Cuban on ABC’s “Shark Tank.” Stephan holds an MBA in New Venture Management from the University of San Diego, currently and resides in San Diego. 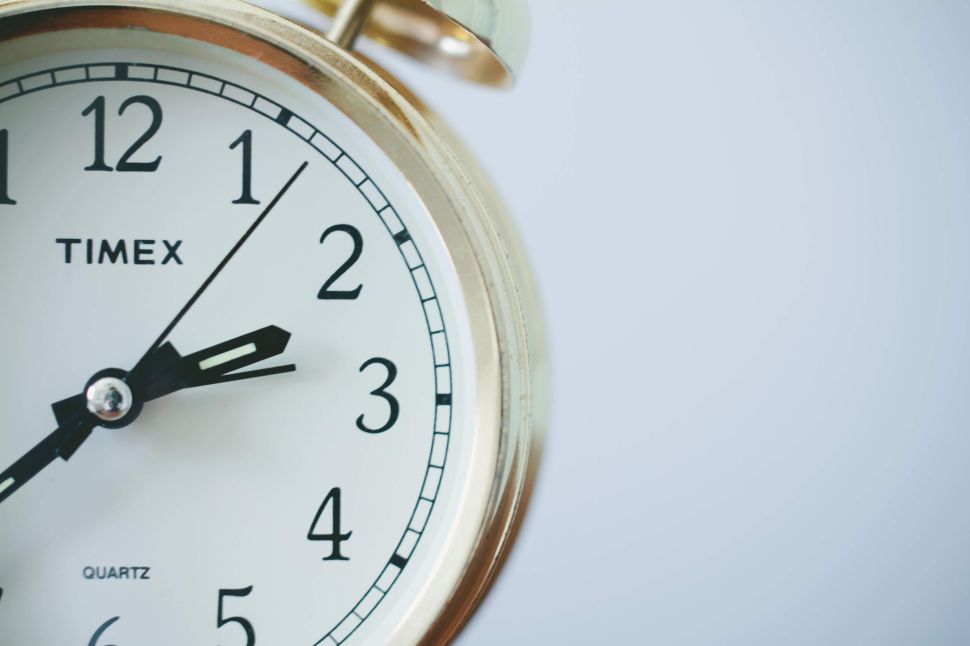