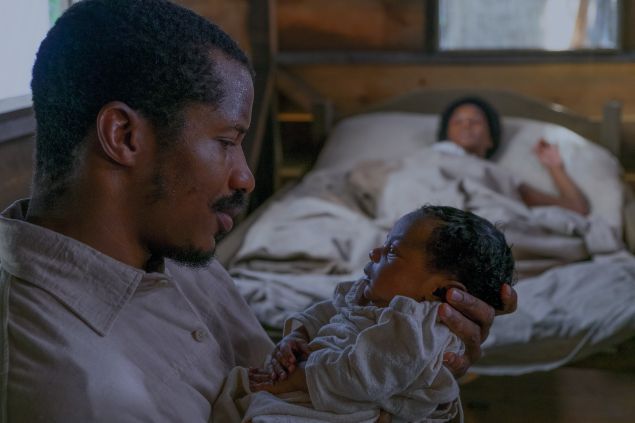 Nate Parker as “Nat Turner” in The Birth of a Nation. Photo by Jahi Chikwendiu for 20th Century Fox

Mired in controversy, hotly debated on moral grounds and plagued by mixed reactions since its early screenings on the film-festival circuit in Sundance, Toronto and elsewhere, Nate Parker’s violent, viscerally alarming film Birth of a Nation is finally emerging from under a media microscope and lodging its ascent into the American cultural landscape this week. The film tells the true story of Nat Turner, a slave in antebellum Virginia who led a black rebellion in 1831 and guided an uprising of human carnage against white plantation owners that resulted in the loss of 65 whites. It was squashed in two days, but the repercussions lasted for months and signaled a new era of fear, intolerance and moral decay that led to war and reform. Hence the title The Birth of a Nation. In the hysteria that engulfed the South, nearly 200 slaves were massacred in retaliation. Turner hid out for two months before a white militia captured him. The movie catalogues events up to a point. It spares the audience the horrors of Turner’s death, when he was flayed, skinned alive, beheaded and drawn and quartered into strip steaks for all to see. So it’s less bloody and gruesome than 12 Years a Slave. But make no mistake about it; the legion of protestors with no plans to see The Birth of a Nation is growing.

The controversy is not about the movie, but about Parker, the film’s director, producer, scriptwriter, star and chief publicity promoter. Originally touted as a major contender for year-end awards, Parker found his pre-release publicity blitz knocked out of the ring before the opening bell Nat Turner’s story was eclipsed by the nasty resurfacing of Parker’s own sordid past—revolving around the 1999 campus scandal in which he was accused of raping a fellow student at Penn State University. He was acquitted at trial, but Jean Celestin, his roommate at the time, co-defendant and now The Birth of a Nation co-writer, was found guilty of raping their 18-year-old accuser. The verdict was thrown out on appeal due to ineffective counsel and the victim later killed herself in 2012. Everyone connected with the film is busy doing damage control, but the fate of The Birth of a Nation remains problematic. Since it’s a film about injustice, this controversy seems ironic, but it’s also a film in which the key narrative sequence involves a particularly vivid scene of sexual assault, which also seems ironic.

Final take: is it any good? Well, yes and no. As an important footnote to a toxic chapter in American history that is often bypassed in the education system (teaching the Civil War is often delayed until middle school in many Southern history courses, and slanted) it deserves more than a cursory dismissal. Turner’s contradictory traits—smart, ambitious, religious and a pastor self-educated by reading books confiscated from the plantation owner’s son—are well documented, as is his trusted position in the eyes of Samuel Turner, a basically fair master, played by Armie Hammer. The truce between slave and owner ended when Turner’s preaching led to heinous revelations, and the seeds of rebellion fatally erupted after his wife was raped and bludgeoned and he was punished with a near-fatal whipping for baptizing a white man. The story was much more concisely catalogued in William Styron’s 1967 novel The Confession of Nat Turner, which won a Pulitzer Prize. But powerful scenes on film are often diluted by artificial setups, and the uneven star performance is constructed out of heartless tin. It’s eventually nothing more than a conventional Hollywood biopic, punctuated by a fury that sprays raspberry juice all over the camera with enough graphic slash and flash to turn your stomach.

Flawed but worthy of attention, The Birth of a Nation is like an unpleasant doctor’s prognosis: hard to accept but impossible to ignore. 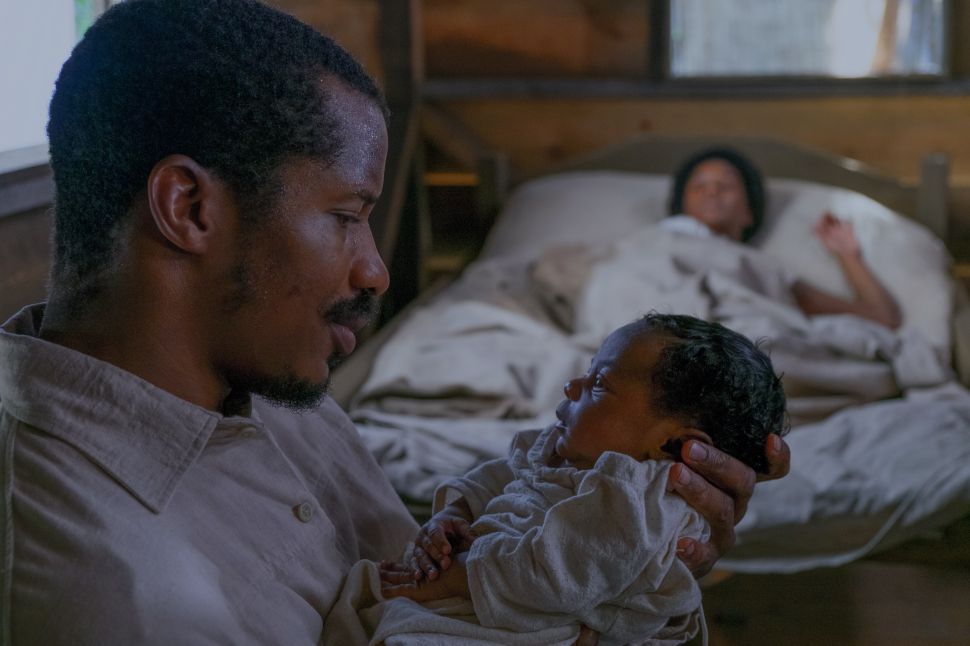