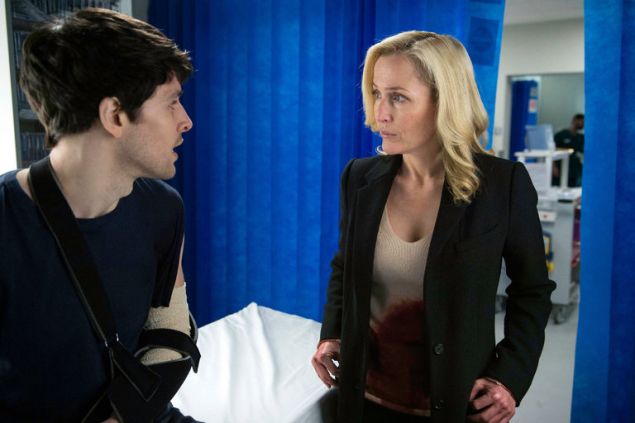 Colin Morgan and Gillian Anderson in “The Fall.” Photo via Netflix/BBC

Three and a half years ago, when The Fall first landed, the series caused a stir with its graphic violence and honest sexual politics. But what marked the show from others was its gripping storylines, fascinating and troubled characters (both “good” and “bad”), unsettling direction and score, and a truly remarkable cast.

Leading the ensemble were the minimally brutal roles played by Gillian Anderson (The X-Files) and Jamie Dornan (Fifty Shades of Grey); she, the investigating DSI Stella Gibson, and he, the serial murderer Paul Spector. The Fall was an intricate and heart stopping battle, both physical and, primarily, psychological. As the second season ended with Spector caught and then seemingly fatally-wounded, fans wondered what the third season would have in store.

Its hallmark traits of knife-edge tension, sexual discussion and psychologically-charged scenes have been posted missing, and replaced with an hour of medical procedures and jargon that would bore the most ardent E.R. fans. It’s difficult to recall such a gear change in television history.

Season Three opens with our hero/villain Spector driving down an allegorical tunnel, toward the light. It is not a subtle metaphor. Oddly, we’re used to seeing Paul running so seeing him driving towards his death, albeit in his mind, is an interesting choice. Fans will also recognize the music playing, the bluesy “Hand Me Down My Walking Cane,” from Season 2, Ep 5. His mother calls him toward the light whilst the voice of one of his children drags him back to life. A rare cliche for the show.

We find him fighting for life in a Belfast hospital and so begins the constant procedural chat and plot stop. Given how much of the dialogue in The Fall has been so intensely fascinating and visceral for two seasons, almost everything that’s said for the majority of this episode is meaningless and tedious for the audience.

The only moments of interest come from the charismatic performances from Richard Coyle (currently also shining in Amazon’s not very good The Collective) as Dr O’Donnell and Aisling Bea (better known in the UK as a stand-up comic) as nurse Kiera Sheridan. The pair bring a much-needed bolt of life and humour to their roles in a sea of static portrayals.

Sadly, for Dornan fans, he spends most of his time lying in bed, though they’ll be at least pleased he didn’t bite the bullet. And we’re also presented with a rather heavy-handed and needless explanation of just why the doctors and nurses are taking such care of him (with excellent contextual Northern Irish history, it should be said). Again, The Fall was also above obvious television traits when it came to dialogue.

On the plus side, there’s the ongoing storyline with Spector’s young protege Katie Benedetto (Aisling Franciosi, petulance personified and in wonderfully chilling form) who looks like she’s set to take over her mentor’s role. It’s a reminder of how easily disturbing the show can be.

It’s difficult to imagine The Fall gaining any new fans with this effort and certainly many fans will be tuning out. An extraordinary misfire. 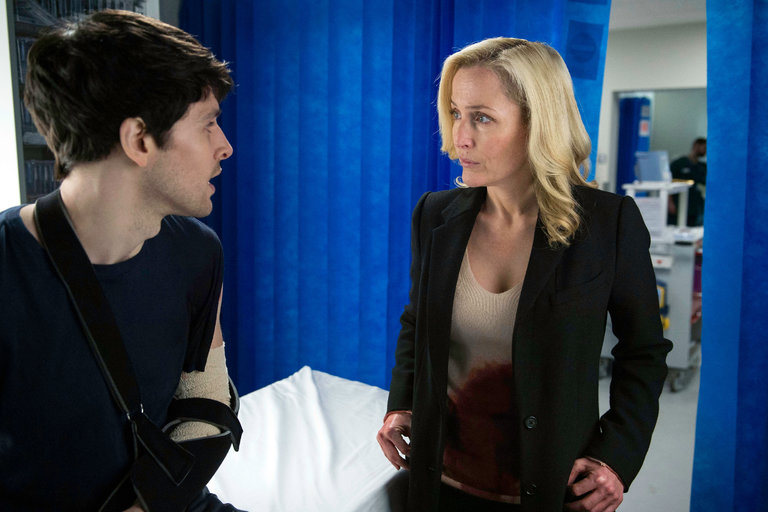