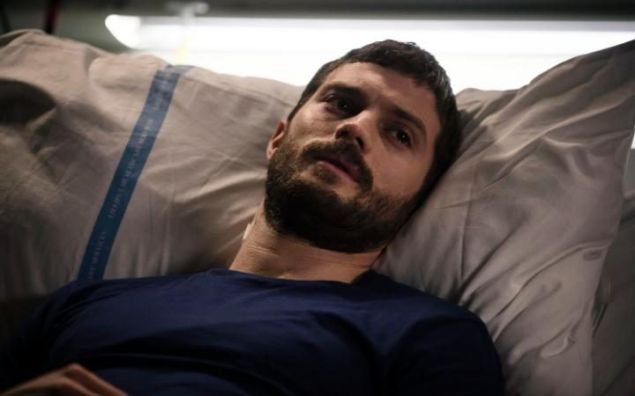 Jamie Dornan as Paul Spector in The Fall. Netflix/BBC

A poor start to the third season of the UK show is lifted slightly, but its slow pace and self-indulgence may well leave fans frustrated with The Fall.

The main offending issue here is the mundane minutiae that writer and creator Allan Cubitt is willing to go into. The first installment’s tedious medical jargon and procedural scenes subside thankfully as the ‘Belfast Strangler’ Paul Spector (Jamie Dornan) regains his health. But these are replaced with endless conversations in police offices and bureaucracy for a number of episodes, sometimes retreading the closing moments of the previous season.

Full marks for realism, but it hardly makes for essential or even interesting viewing. As a side note, another BBC series, Line Of Duty, does this and does it very well, never eliciting a yawn or an eye roll. The psychological intrigue of the show and its momentum has well and truly been beaten of the show; its urgency has gone.

Within the croaky conversations (again, a trait which grates) and endless shots of people taking notes there are some moments and scenes to savor.

Spector’s nurse Kiera makes for a fascinating and sympathetic character. Even in the first episode, we can see she has feelings for her patient, despite the fact he is a monster. Quickly, it becomes obvious that the nurse cares for Spector and displays an unhealthy interest in his near-death experience. It’s perhaps the standout performance of the season so far. Irish comic Aisling Bea strips away her normal jokey facade and portrays the nurse with an engagingly calm and natural tone.

It’s through her and his family that his atrocities are stripped away. It’s easy to forget his crimes when Spector is constantly referred to as “daddy” – Cubitt wants an amnesiac audience when it comes to his creation. Which, of course, is ironic as the serial killer wakes thinking it’s 2006 and has no memory of anything after. If it was a game on his part then his faculties were in overdrive during his coma. Upon seeing his daughter, now ten years older, his reaction is heartbreakingly genuine and upon meeting his lawyer, Spector’s reactions to his murders evokes his own tears. Again, if this was an act, then his mind was sharp as he was quick enough to remember that he would have known Rose Stagg at this juncture in his life.

But, he must be faking. Right?

When Kiera promises, “I’ll pray for you,” Paul’s almost direct look to camera with such a subtle rise of the eyebrow (which you won’t spot if you’re watching on your phone) tell all.

Juxtaposed with this sympathetic side to his character – or rather, our desire to have sympathy for him – comes further evidence of his deviancy to remind the audience what a hideous creature Paul Spector is. Uncovering a lock-up in east Belfast, the investigators discover evidence of even more crimes – we’re presented with his collection of ladies’ underwear, sadomasochistic pictures and his own journals featuring artwork that is not for the faint-hearted. His interests in necrophilia, transvestitism and pygmalionism (it’s a thing) counter the injured forgetful daddy routine from Jamie Dornan’s character.

Cubit performs the Herculean task, through nurse Kiera, of grabbing our hearts and shutting off the brain. When Spector leaves the hospital, her sadness and sense of loss is palpable. Even though, we must consider, that she could have almost been one of the women he attacked and killed.

The graphic detail of his journals merge with the frank admission from Rose Stagg to Stella Gibson (Gillian Anderson) about the true nature of their sexual history. It would seem that this relationship had a much more powerful and profound effect on Spector than had previously been realized. It’s not a pleasant scene to watch unfold but both actresses/ Valene Kane (Stagg) and Anderson handle it sensitively and measuredly.

Gibson too is as unknowable as her quarry.

Curiously,  Stella has a nightmare of being strangled and drowned by Spector (which counter her more familiar calm swimming scenes), only to seemingly awake and be comforted by her father (we’re guessing). Only this too is a dream, one she notes in her Dream Diary. For the first time in the series, the detective is rattled as ACC Jim Burns, a one-time lover, questions her on the deployment of DS Tom Anderson (Colin Morgan), another lover of Stella’s. It’s clear he knows exactly what was going on; his jealousy coming to the fore. Both characters fallible and could endanger the case.

A case that’s looking increasingly more difficult for the Belfast police force: Spector’s MRI scan reveals he could well be genuinely amnesiac; his representation (the slightly cliched ‘arrogant bastard who always wins’) proffer that Gibson “seduced” a confession out of Spector; and the introduction of Dr August Larson (played by Swedish actor Krister Henriksson, best known for playing Wallander in the titular detective show), who seems sympathetic to the once abused Spector.

These three middling hours of the third season are hamstrung by its pace and we know The Fall can do much better than this. With two episodes to go and a finale set in place, we can only hope that the closing two installments offer enough to make up for the previous four. 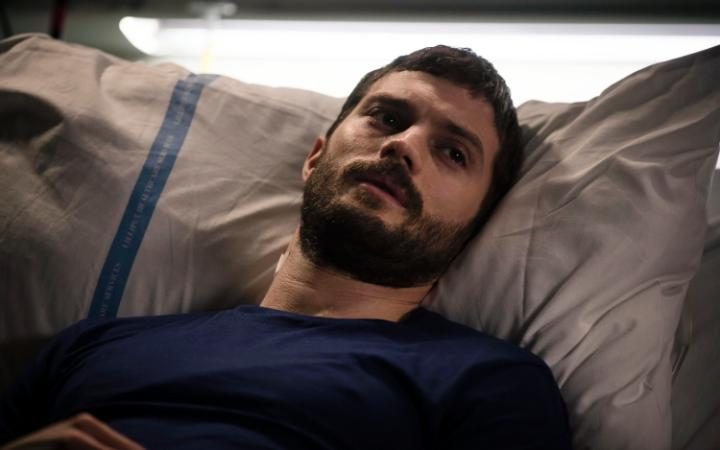