Sweet but inconsequential, The Great Gilly Hopkins will satisfy family audiences and pre-teens with minimal demands for their money. It’s about a 12-year-old girl named Galadriel, whose irresponsible, unmarried mother (Julia Stiles, in one brief scene only) left her palatial family home many years ago, deserting her daughter to be raised in a series of foster homes, wreaking havoc wherever she goes and always leaving behind a string of bad feelings and disastrous relationships. All Gilly dreams about is a reunion with her mother. All everyone else hopes for is never to lay eyes on Gilly Hopkins again.

In her latest court-ordered prison, pouty Gilly (Sophie Nélisse) finds herself in the hands of an odd group of folks who fall in the category of pre-fabricated Hollywood charm.  Her newest temporary foster mom-landlord is one Maime Trotter (Kathy Bates), a kind and nurturing old soul who dishes out mashed potatoes and never-ending maternal tenderness in equal portions and just won’t give up on Gilly’s potential rehabilitation. Among the other members of Gilly’s new fan club, who don’t know a lost cause from a Disney cow even when it kicks them in the shins, are a painfully shy, slow-learning little orphan boy victimized by bullies, a classmate who elects Gilly as a friend despite cruel and constant rejection, a blind black neighbor who can’t take care of himself and the friendliest, most compassionate schoolteacher this side of Goodbye, Mr. Chips (played by the indomitable and always watchable Octavia Spencer), who says dumb things such as “common denominators are our friends.”

The movie is about how these dedicated good Samaritans on a tree-lined street in suburban apple-pie America never run out of patience in their efforts to turn an angry, mean-spirited, emotionally wounded girl into a trusting, responsible member of society with a heart-warming respect for the needs of others. Gilly is finally on the road to salvation when her rich, elegant maternal grandmother shows up and drags her off to a country estate. I was too shell-shocked by Glenn Close as a character called “Grandma Nonnie” to wonder why she waited over a decade to look up the whereabouts of her miserable granddaughter. Never mind. Formulaic to the end, Gilly ends up with a new definition of the words “friend” and “family” in time for a happy ending. Stephen Herek directed, without much flair, and despite the presence of Close, Spencer and Bates (three award-winners passing the time between more important assignments,) The Great Gilly Hopkins passes the time in its own way—slowly, painlessly and forgettably. ν 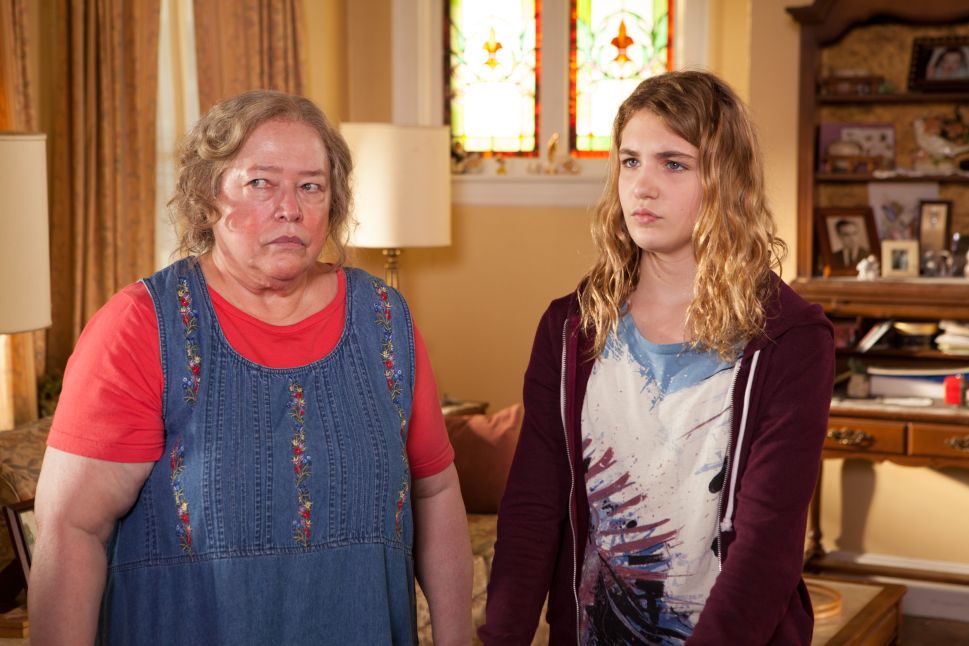