The first debate between Hillary Clinton and Donald Trump was a record breaker, attracting over 84 million viewers.  The second debate attracted an even larger audience.

Perhaps Hillary Clinton injected some deliberate sarcasm into Sunday night’s debate when she referred to President Lincoln.  While the debates between Mr. Trump and her are the low point in presidential debates, they now have their place in history as the most well viewed and entertaining ones.  However, the presidential debates between Mr. Lincoln and Mr. Douglas remain the most famous debates in American history.

Political debates have become an integral part of the American election process. In many cases, they represent the best opportunity for voters to see the candidates up close and learn about their opinions on the key issues.

While presidential debates are a relatively modern tradition, political debates are not. In 1858, Abraham Lincoln and Stephen A. Douglas held a series of debates over Illinois’ hotly-contested U.S. Senate seat. The seven debates touched on serious issues of the day ranging from slavery to states’ rights. As Lincoln acknowledged, the issues would continue to be debated long after “these poor tongues of Judge Douglas and myself shall be silent.”

The candidates debated in all of Illinois’ seven Congressional districts. In each debate, either Douglas or Lincoln would make an opening address that lasted one hour. The other candidate was then allotted an hour and a half to make his speech. The first speaker then had an additional 30 minutes to make a rebuttal. Although Lincoln went on to lose the election, his debate performance and fierce opposition to slavery helped launch him to national prominence.

Evolution of the Modern Televised Debate

Nixon went into the debate as the clear favorite to win the presidency, leading by six percentage points in the national polls. On the day of the debate, Nixon re-aggravated an existing knee injury and did not feel well, but refused to cancel the debate or wear stage makeup. Meanwhile, Kennedy prepared heavily for the debate and sported a healthy tan. As a result, he came across looking and sounding better. Viewers who watched the debate on TV declared Kennedy the clear winner, while radio listeners handed the win to Nixon.

“That son-of-a-bitch just lost us the election,” Nixon’s running mate, Henry Cabot Lodge, reportedly said after the debate. While Nixon’s debate performance improved in the next two presidential debates, his campaign never recovered, and Kennedy narrowly won the election.

Not surprisingly, incumbent presidents became hesitant to debate their challengers, fearful that a poor performance could hurt their chances of reelection. In 1976, Gerald Ford became the first sitting president to take part in a televised presidential debate. The decision may have come back to haunt him. After making a debate gaffe about Russian influence over Eastern Europe, he went on to lose to Jimmy Carter.

Going forward, the remaining 2016 presidential debate will likely have a significant impact on the outcome, particularly with so many voters dissatisfied with their choices. There is a lot on the line for both Clinton and Trump, as history teaches us that just one misstep has the potential to seal the fate of a candidate. 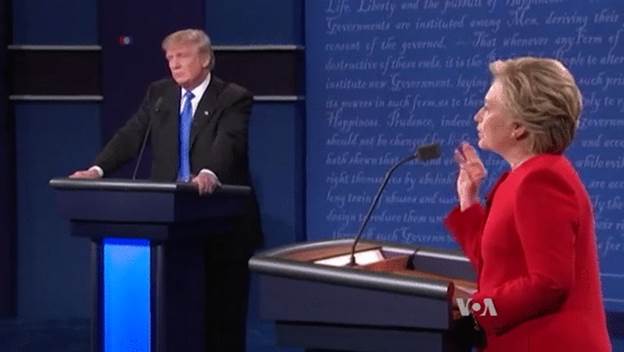