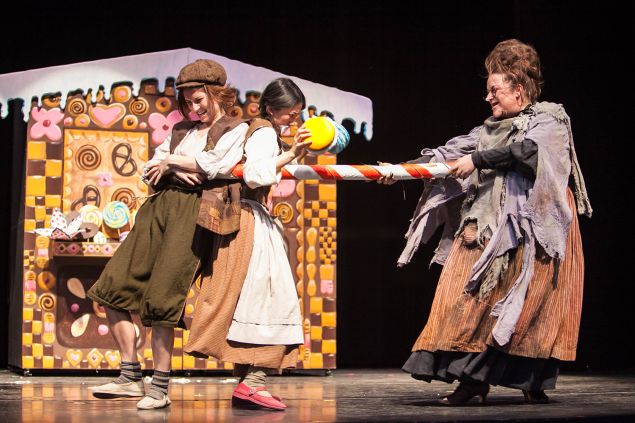 A week of rainy weather and a seemingly endless election season may have cast a pall of gloom over the first week of October, but at least you can’t complain there’s not enough opera in town.

And it’s not all in Manhattan! In Brooklyn, the trendy new performing space National Sawdust teamed up with the Manhattan School of Music to stage the American premiere of The House Taken Over, based on a short story by Argentine writer Julio Cortázar.

At first glance, The House might seem better suited for adaptation into a Roger Corman horror film than an opera. The brief, laconic story tells of a middle-aged brother and sister who live quietly in an old family mansion. One day the brother hears—or seems to hear—noises indicating someone or something has invaded part of the house. They retreat into smaller and smaller spaces as the “menace” advances, finally fleeing into the street.

In the opera, Sam Holcroft’s English-language libretto takes the form of a series of brief conversations between brother and sister, elliptical and halting as if to suggest the two are avoiding some secret. Vasco Mendonça’s efficient score features such standard-issue horror  indicators as jagged string figures, clouds of atonal woodwind chords and a large battery of exotic percussion, on Saturday night shaped with classical poise by conductor Etienne Siebens. The vocal writing shifts from calm, almost spoken recitative to shrieking arioso with little or no transition, an indicator perhaps of the protagonists frayed nerves. 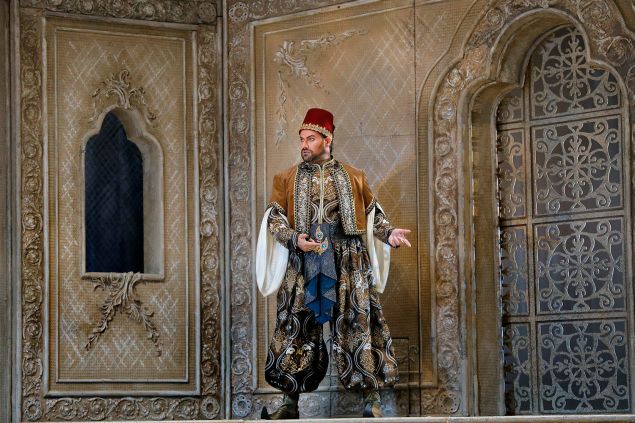 A House Taken Over. Ken Howard for Metropolitan Opera

If the opera felt predictable and a little banal, director R. B. Schlather’s off-the-wall staging jolted the piece into vivid life. As he did previously with Orlando at the Whitebox Art Center and The Turandot Project at Bard College, Schlather turned the very unwieldliness of the performing space at National Sawdust to his advantage.

The boxy two-story room features a busy lattice-like design on its white walls, with a narrow balcony wrapping around half the space about 10 feet up. While the audience and the orchestra sat on the main floor level, the brother and sister slithered along the balcony, clinging to the balustrade.

And what an odd pair they were, decked out in tatty carnival costumes and smeared clown makeup, jerking and twitching like marionettes. This bizarrerie added a fascinating layer of ambiguity to the downbeat tale. They seemed so unreachably alien as to suggest that the looming menace might be something utterly quotidian. Could it be that the mysterious “home invaders” were no more than an audience assembled to amuse themselves at the siblings’ torment?

As sometimes happens to genius artists, chance events in the performance seemed to play into Schlather’s grand scheme. When the brother and sister escaped from the house, it was through a side door in the playing area that led to National Sawdust’s bar. When the uneasy final chords of the opera faded away, what we heard was not silence but rather distant sounds of glasses clinking and quiet conversation. The very ordinariness of this background noise somehow felt ominous, as if we were being lured into a trap.

This was not the sort of opera where you leave thinking about the singing, but both mezzo-soprano Rachel Calloway and baritone Robert Mellon deserve kudos for taking their attractive voices to what sounded like the limits of their capabilities. Calloway intoned the closest thing this piece has to an aria with a dark, eerie timbre, and Mellon was riveting in a long scene in which he frantically sorted through old photographs.

Another brother-sister team in distress took over the atrium of the Queens Museum Sunday afternoon when the fledgling Opera Pomme Rouge presented a kid-friendly adaptation of Humperdinck’s Hansel and Gretel. If the show started a little later than the announced 2 p.m., that was because the producers of the event had the happy task of setting up extra chairs when far more Queens-area youngsters showed up for the opera than were expected.

There wasn’t much opportunity to get bored, though, because Pomme Rouge offered a galaxy of other activities related to the opera proper, including a workshop in crafting origami strawberries. (The kids then were encouraged to share their creations with the “starving” Hansel and Gretel when they were lost in the forest.) We were also taught choreography so we could participate in the joyous finale of show.

None of this overshadowed the main business of the afternoon, a charmingly traditional abridgement of Humperdinck’s opera accompanied crisply on the piano by Ishmael Wallace. Among a solid cast, Aine Hakamatsuka sparkled as Gretel, matching a pearly soprano with a demeanor so authentic she seemed a real little girl even when standing next to an actual toddler.

Hansel, in fact, proved a perfect chaser for The House Taken Over: Following a night of middle-aged angst, it was great to feel like a kid again. 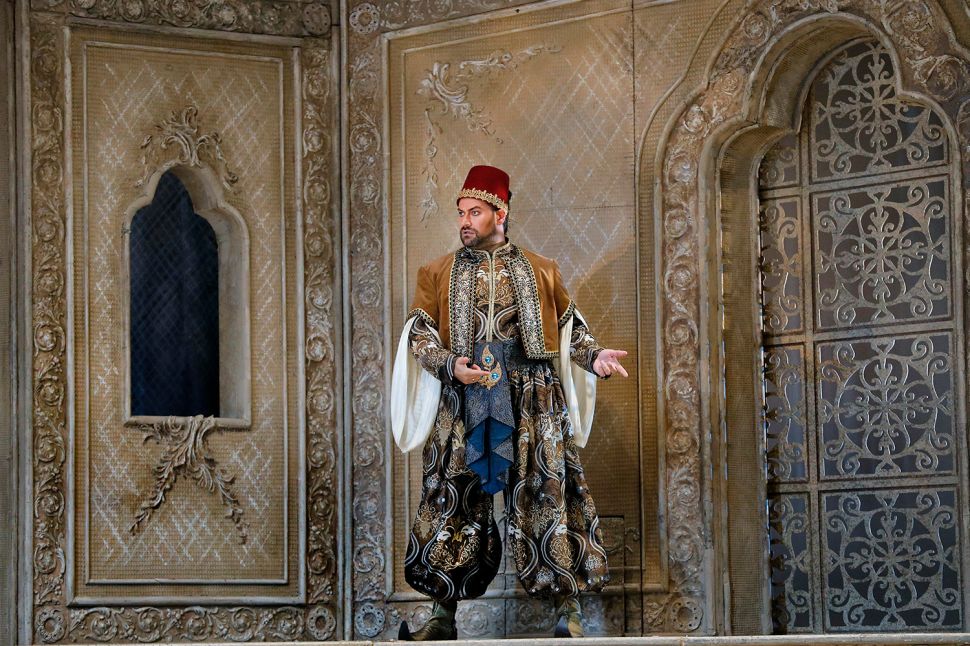 Filed Under: Entertainment, Opera, National Sawdust, Hansel and Gretel, the house taken over