For a guy who just wrote The Attention Merchants: The Epic Scramble to Get Inside Our Heads (Knopf), Tim Wu faces many competing claims for his own attention. He serves as a special adviser for the New York attorney general on technology and internet policy, works on economic competitiveness issues at the Office of Management and Budget, teaches at Columbia Law School (though he’s on sabbatical) and just doubled down on the big daddy of time sucks by having a second child.

In your book, you suggest humans should now be known as “Homo Distractus.” What are the consequences of reduced attention spans? A lot of jobs depend upon being able to get focused and avoid distractions. People are shocked that technology has gotten better but somehow worker productivity doesn’t seem to be getting any better, and I just sort of wonder, just as a macroeconomic question, whether the part of the economy that needs people looking at advertising is hurting the part of the economy that needs people doing their jobs. I’m more deeply concerned about what we are capable of doing as a species or whether you can reach your human potential. I’ve always been impressed by the stories of Steve Jobs and Steve Wozniak, who wrote the video game Breakout in one 48-hour session. Or Jack Kerouac who wrote On The Road in five weeks straight. Can we do that anymore? You can imagine, today Jack Kerouac might start writing On the Road and be like, “Maybe I’ll check out Twitter for a minute.”

Where do you go to disconnect? I sail on the Hudson River just about every week. If I really want to disconnect, I go to the Utah desert and just hang out there by myself. I go out there and think.

What did you learn about our attention spans by running for lieutenant governor in 2014? The political competition for attention is so unbelievably intense and so competitive that I feel bad for anyone who doesn’t have a last name like Trump or Clinton. It’s almost like you have to be famous already or be a billionaire to get a start. Joe Trippi gave me the following advice: He said if you’re an unknown candidate, then you’ve got to light yourself on fire. The problem is then you’re on fire! And the fact that a reality TV star is currently contending for president shows you how much our political marketplace has become even more like reality television, where you need to do something kind of crazy to get attention.

You once told supporters during your campaign that “my brain is becoming rewired by politics.” As an official in the New York’s AG office, how has government rewired your brain? Working in law enforcement for Eric Schneiderman does rewire your brain. I remember we were sitting around—someone said, “Everywhere you look you become more suspicious.” You’re wondering if there’s fraud everywhere because you see so much wrongdoing, so many foundations that are crooked, so many businesses that are lying in their advertising, you see so much of it day in and day out. And it makes you think that the fight against evildoing really is never ending.

That sounds almost superhero-esque. Do you have a favorite caped crusader? Daredevil! I love Daredevil. You know he went to Columbia Law School! First of all, he has a very good-looking girlfriend, Elektra—and he’s a man without fear. He doesn’t have many powers either—but he has this kind of courage to expose what’s wrong and keep fighting against the odds and somehow that appealed to me. You know it’s one thing if you’re Superman, and you’re not afraid of getting shot. Daredevil got beat up every single comic book, but he limped home with a victory.

Did you see Minority Report? Do you think it was prescient? I did see it. I think the future is coming alive faster than we expected. As opposed to predicting who’s going to be a criminal, the focus will be on predicting what we’re going to buy. I’m worried about us becoming more and more manipulated in our daily lives. Do you know that feeling when you’re in a casino and you’re like, “Wait, what happened for the last three hours and where are the clocks?” I’m worried that more of our life is like casinos, where in subtle ways you lose control. And the environment is engineered to sort of take advantage of your vulnerabilities.

What deserves more of our attention? Other people—in person, spending time with other people and nothing else I think is the best thing. That and natural environments. I mean it’s old school, but I think the more time you spend with other people in kind of a focused, deep way, or by yourself in nature, those are the things to which you give your attention, will give back to you.

Correction: A previous version of this article mistakenly identified Wu as the father of one child. 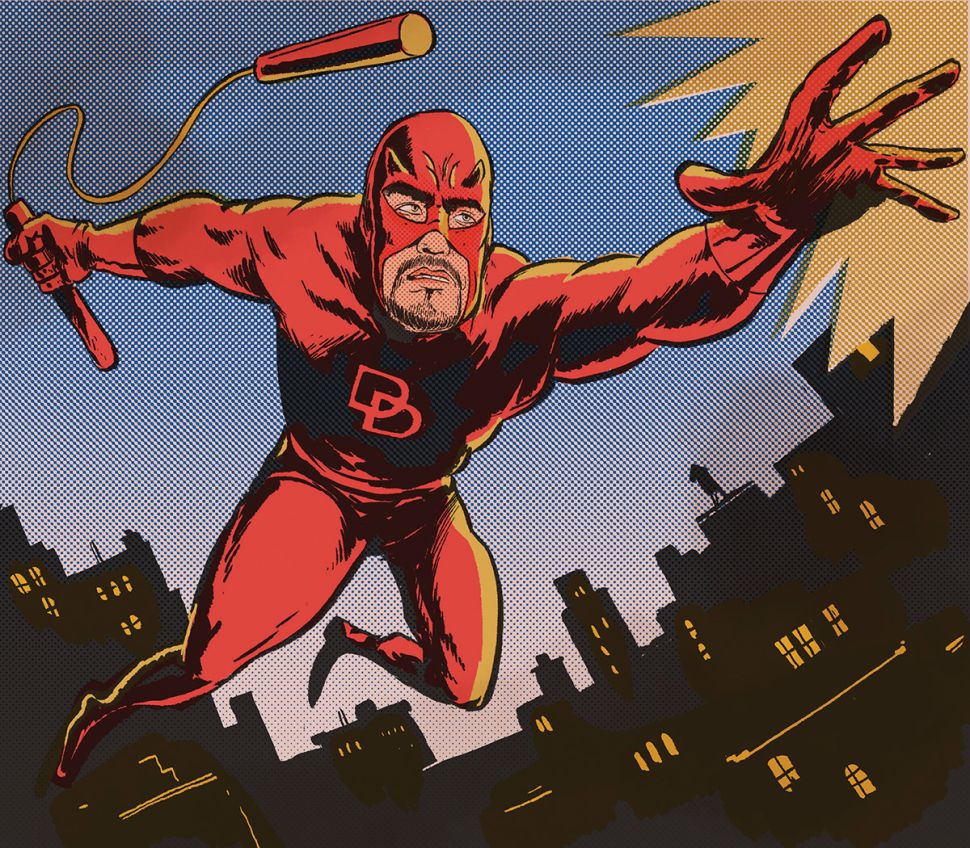