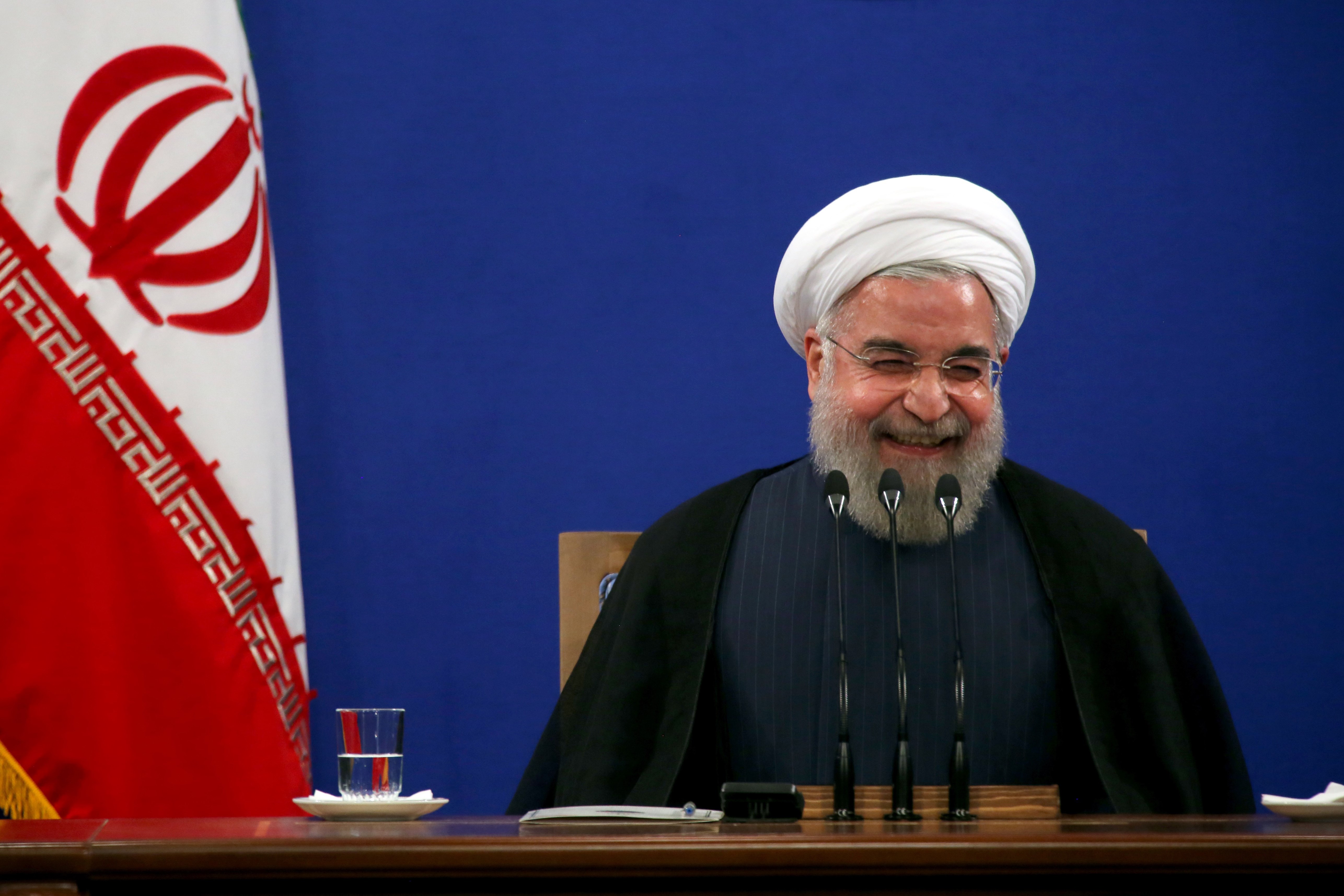 Iranian President Hassan Rouhani has much to laugh about. Photo: ATTA KENARE/AFP/Getty Images)

Many in the West assume that Iran was begging world leaders to accept her back into the community of nations. We believed that countries around the world were skeptical of her motives and that everyone was looking at Iran with suspicion. We thought that at any moment Iranians might violate the terms of their sanctions. We treated Iranians as if they were parolees and we were all keeping watch.

What fools were we.

When it comes to Iran, the world does not fall into line behind the United States. The world is an Iranian buyers’ market and it seems that almost everyone—everyone except the United States and Israel—is buying.

China and India have eagerly resumed trading with Iran. Russia too. Even Japan has begun cutting deals with Iran on nuclear materials. Western Europe has been banging down Iran’s door. Germany, for instance, has been courting Iran at every turn. German Minister of Economic Affairs Sigmar Gabriel was just in Teheran to build economic bridges that would benefit both countries.

The fact that Minister Gabriel traveled to Iran, and not the other way around, demonstrates Iran’s dominance following its nuclear deal with the U.S.. And just in case Germany had any doubt as to who was in charge, at the last minute, after Gabriel landed in Iran, the Iranians showed Germany who’s boss.

Zarif, who was schooled in the United States is California and California, was the chief negotiator for the nuke deal. He is one of the most “liberal” politicians in Iran.  And he gave Germany the cold shoulder.

We know why the meetings were cancelled. Gabriel had publicly stated that Germany could not move ahead with full diplomatic normalized relations with Iran until Iran recognized Israel, angering Iran. The comment was published in an interview in the popular and well-regarded German newspaper Der Spiegel.

Iran is in charge. They will not be swayed, influenced, bribed or enticed to change their policies. And not just about Israel.

And it wasn’t the first time. Gabriel made an almost identical comment in July of 2015—at the start of another trip to Iran. Gabriel was also the first international leader to visit Iran after the sanctions were lifted. He also volunteered to mediate between Iran and Israel. He concluded his statement saying that recognizing Israel would have an impact on business activity between the Germany and Iran.

A government spokesman for Iran named Mohammad Baker Nobakht held his own press conference to deal with the issues raised by Germany.  The spokesman said that he asked the German minister about his comments and Minister Gabriel said that his words had been twisted and distorted. He said that he had come to Iran “without any precondition and that they respect Iran’s views.”  The Iranian spokesman countered saying “No country can set a precondition for us.  We live our own lives.”

The Chief Justice of Iran, Sadeq  Amoli Larijani, asserted in the press that the German minister “made incorrect and illogical comments.”  He said that if he were in the foreign ministry he “would not have permitted this German minister to visit Iran.”  Iran made it very clear to Germany that they want their money but not their advice.

Iran is in charge. They will not be swayed, influenced, bribed or enticed to change their policies. And not just about Israel.

And these are liberal Iranians making these decisions. President Rhouhani and Foreign Minister Zarif are Iran’s liberal elite. If this is their attitude imagine, what the more conservative mullahs in Iran think. 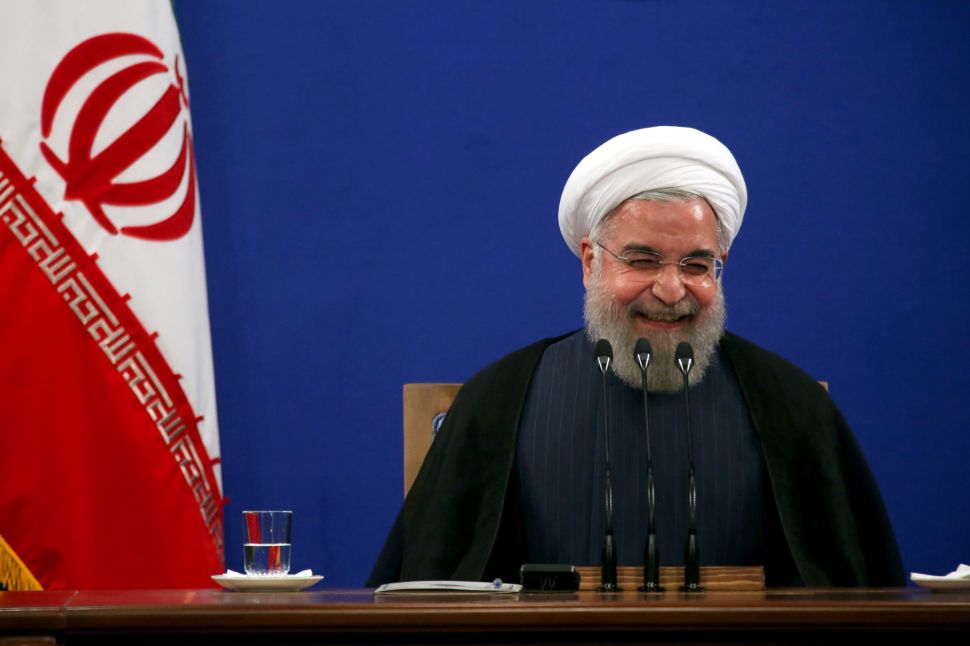